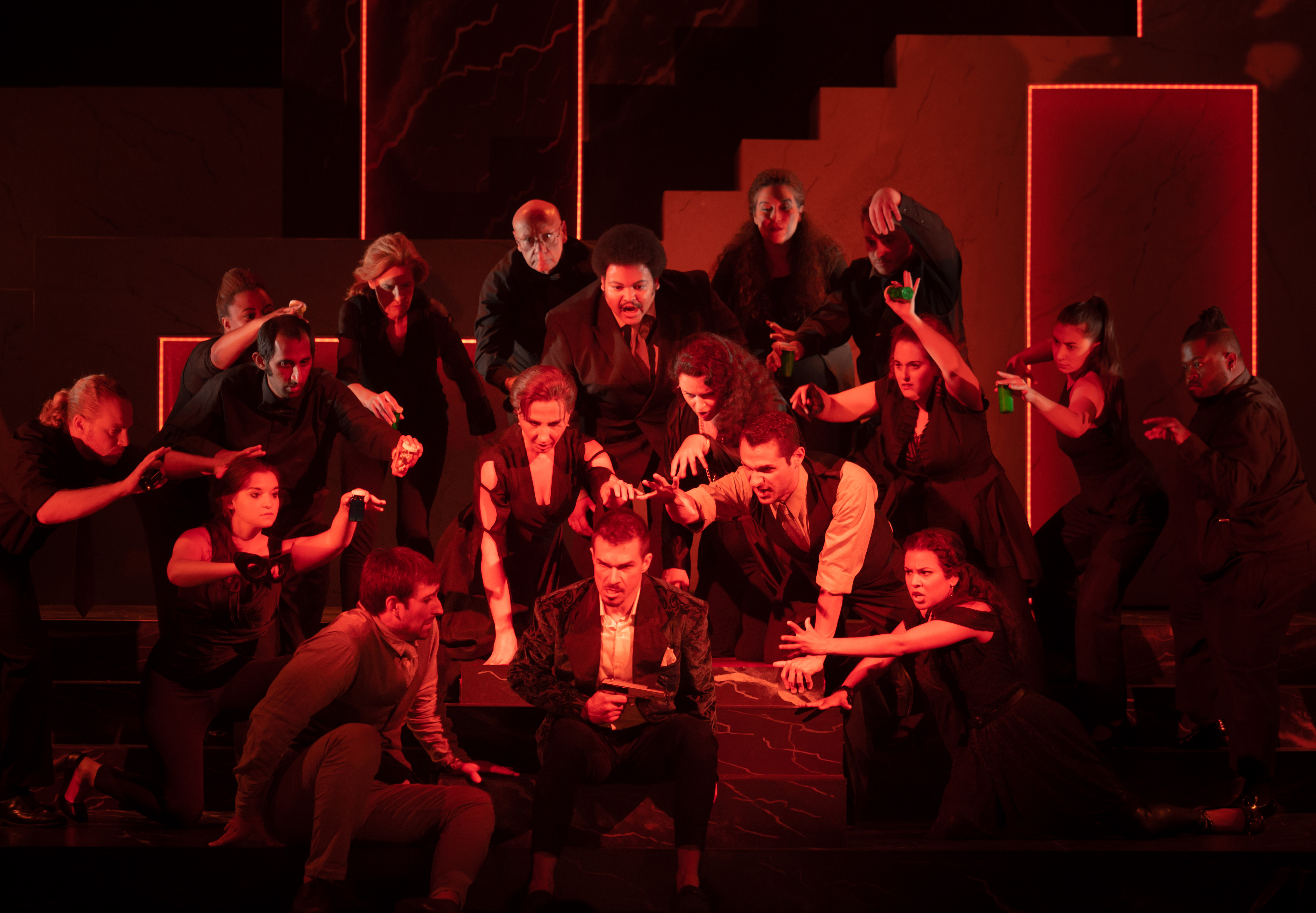 In the age of Harvey Weinstein and Jeffrey Epstein, how is a director embarking on a production of one of the many versions of the Don Juan story to approach the lasciviousness of the main character?   Beginning in the Middle Ages, across multiple genres and cultures writers have reimagined and reworked this myth.  Some of the most well-known are Tirso de Molina’s original Don Juan play in seventeenth-century Spain, Moliere’s French Dom Juan (1665), Mozart and Da Ponte’s opera Don Giovanni (1787 Prague, revised 1788 for Vienna), and George Bernard Shaw’s Don Juan in Hell, the third act (based on Mozart’s opera) of his lengthy Man and Superman (1905). Modern producers of the various treatments of the myth all have to contend with the basic problem of the protagonist’s character. As Jonathan Loy, Co-Founder of Berkshire Opera Festival and Stage Director of their current production of Mozart’s Don Giovanni, asks (in an interview with The Berkshire Eagle):  “what do you do with Giovanni that does not make excuses for him? His behavior is quite frankly disgusting.” Different solutions have been offered.

Ashley Tata, who conceived and directed a free-wheeling modern translation and adaptation of Moliere’s play, recently staged at Bard’s Fisher Center, explains her casting choices:  “Since we so well understand the ways men in power bound across the line of moral limits, what was more compelling to me was the story of a female-identified assistant who works for a female-identified boss who commits morally ambiguous acts.”

Loy’s solution is to introduce into the Mozart opera a silent male dancer (Edoardo Torresin) to represent Giovanni’s id, shadowing him and egging him on to his serial conquests, challenging every societal value:  religion, marriage, aristocratic honor, moral laws, even the sanctity of life.  Loy theorizes that the id “is checked normally by the superego, but Giovanni does not have that balance.  So he . . .  self-medicates with pills and alcohol and cocaine. . . I’m making Giovanni more human.”  Though Andre Courville, who portrays Giovanni, loves playing villains, he admits that Loy’s concept is “a little more terrifying. . .  because it’s a real person.” But in emphasizing the drug abuse and mental illness, isn’t Loy in fact making excuses for this character? (The devil made me do it.) The result can be confusing, especially during the overture, in which we see two men in open shirts and underwear on a bed with a half-naked woman (dancer Katie Harding), who seems unconscious.  Loy’s conceit calls attention to itself, struggling against rather than coordinating with Da Ponte’s libretto and Mozart’s music.

Costume Designer Charles Caine has dressed the cast in contemporary clothing, most of them, except the leading men, wearing black.  Props include pistols and rifles in place of the customary swords.  Scenic Designer Stephen Dobay has constructed an enormous, abstract set with stairs, multi-level platforms, multiple exits and entrances, a rising and falling scrim that blocks out the action behind it, and the piece de resistance:  a disappearing black bed with red mattress downstage, all brilliantly lit (not to mention the special effects) by Lighting Designer Alex Jainchill, We are not given any indication of the time period.

It is unclear how to categorize Don Giovanni:  a dark comedy, a drama giocoso (a light hearted drama), a tragicomedy containing comic, tragic and demonic elements.  It is also a morality tale, ending with the spectacular and horrifying death of the seducer (kudos to the whole team), brought about by the man he killed (the Commendatore, whose daughter Giovanni attempted to seduce). The opera concludes with a warning that evil men cannot get away with their crimes.  Though Leporello, Giovanni’s loyal but mistreated servant (Christian Zaremba) is meant to be the comic relief and does have some funny moments when he and his master swap clothes, it is as difficult today to laugh at a servant who is physically abused as it is to identify with a leading man who has no morals and believes in nothing but his own pleasure.  These may have been stock characters played for humor centuries ago, but that doesn’t work today.

On the other hand, Mozart’s music, as conducted by Brian Garman, remains as magnificent as ever.  Garman has gathered what seems like a full orchestra, seated just below the stage and in view of the audience.  He not only conducts them but plays a keyboard that sounds like a harpsichord.  It is a joy to watch and listen to him and his splendid musicians.

The main plot of the opera centers around three women who fall prey to Giovanni:  Donna Anna (Laura Wilde), the Commendatore’s daughter, who has convinced Don Ottavio, her adoring fiance (Joshua Blue), to avenge her father; Donna Elvira (Megan Moore), who was seduced and abandoned before the opera begins; and Zerlina, a peasant girl (Natalia Santaliz), abducted by Giovanni at her own wedding.  The voices of these singers sounded glorious to me, but I will leave that discussion to someone with more expertise.  Wilde’s Donna Anna is the most tragic of the three because she has lost her beloved father.  However, her repeated insistence that Don Ottavio put off their marriage because she needs time to process her grief, even as the opera ends, provides some welcome humor—poor Ottavio, well played by Blue, who would do anything for her!  Moore’s Donna Elvira, appearing each time a woman is approached by Giovanni (to warn her of his evil intentions), is actually still in love with him and would happily marry him if he changed his ways.  Santaliz’s Zerlina is the most fun:  she doesn’t seem to mind being admired by a wealthy nobleman but has trouble soothing her jealous fiancé, Masetto (Brian James Myer). Their fights and reconciliations are a high point of the production.

We in the Berkshires are fortunate to have such a distinguished opera company returning to us each year.  Though we may disagree with the interpretation of a particular production, we will always be grateful that the Berkshire Opera Festival has chosen our region to grace with their talent.

Caveat:  Don Giovanni is in Italian with projected English translations, which may be difficult to read from certain areas of the Mahaiwe Theatre.  I recommend that you read a synopsis before attending.

Masks are required and vaccination cards will be checked.