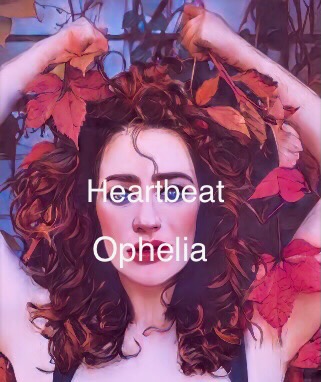 Saugerties’ Round the Bend Theatre will present a staged reading of D.L. Siegel’s “Heartbeat Ophelia” on Saturday September 24 at 7:30pm and Sunday September 25 at 2:00pm on Bridge Street Theatre’s “Priscilla” Mainstage, located at 44 West Bridge Street in Catskill, NY.

In this new play, Shakespeare’s Ophelia finds herself marooned in Texas during the time of COVID…or is it Denmark?  This radical deconstruction of “Hamlet” refocuses the story on a modern, scholarly Ophelia as her path is altered by personal tragedies, the ongoing plague, and the red tape of a red state.

Playwright D.L. Siegel received her BA in English and Theater from Princeton University and her MFA in Playwriting from The New School for Drama. She was a member of The Amoralists’ inaugural playwriting residency, ‘Wright Club, from 2015-2016. Plays include: “The Principles of Magic”, “Members Only”, “Untouched”, “Atalanta K.O.”, “Like the Last”, “but where would they live?”, and “Chosen”. D.L. also served as dramaturg and co-adaptor for Jeremy Duncan Pape’s “Woyzeck, F.J.F.”, mounted at The New Ohio Theatre by No-Win Productions. A born and raised New Yorker, D.L. currently resides in Brooklyn, NY with her playwright husband and their beloved corgi, Sancho Panza.

Admission to the reading is by a suggested $10 donation and is available at the door on the day of performance only, one half hour before curtain time. This reading of “Heartbeat Ophelia” is presented as part of an ongoing collaboration between Round the Bend and Bridge Street Theatre. For more information, visit roundthebendtheatre.org online.

Tickets:
Admission is by donation ($10 suggested).