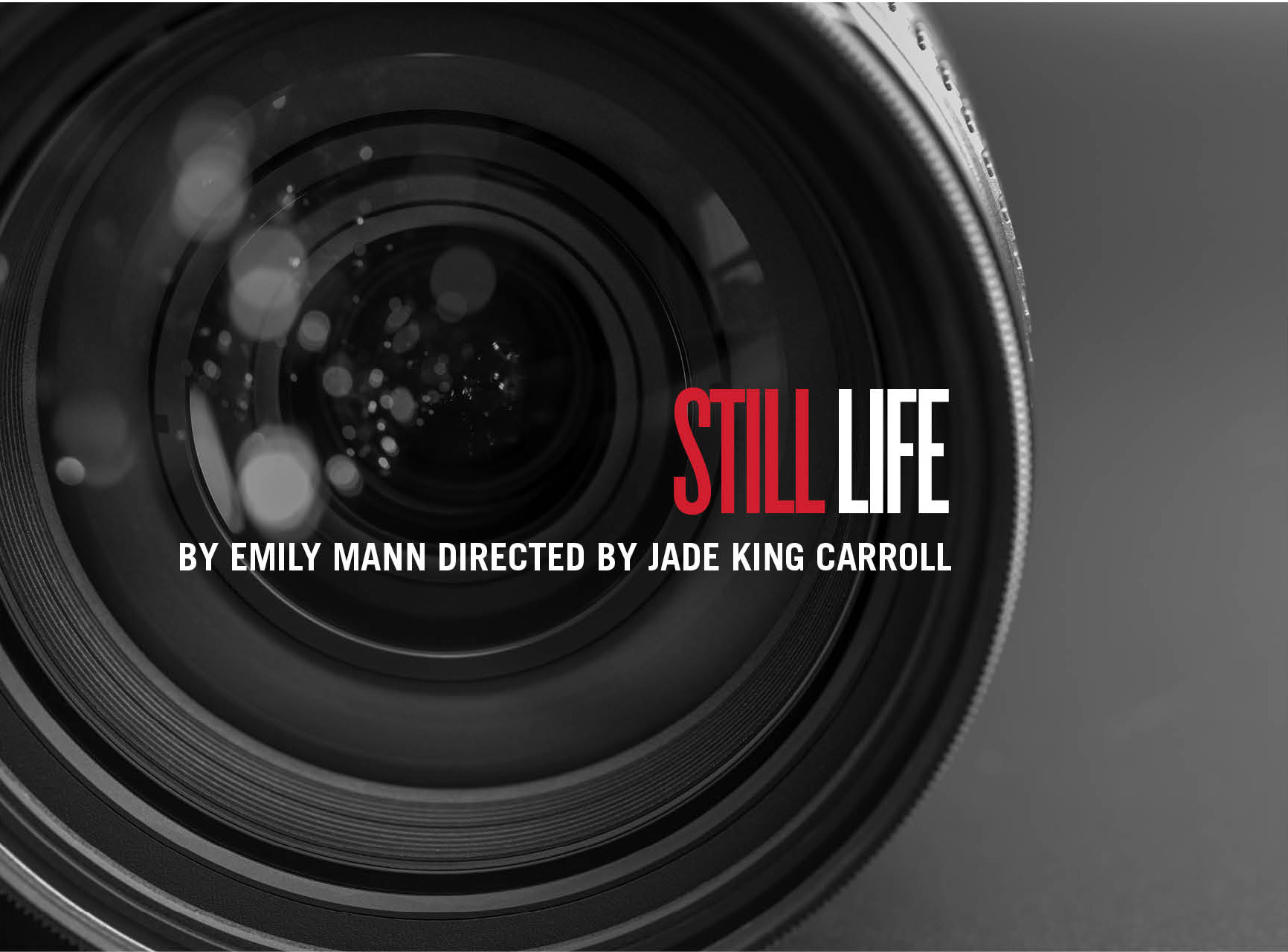 “We are delighted to have this special opportunity to collaborate with Playhouse Creatures and Emily Mann on this important revival of her landmark play based entirely on interviews she conducted with a vet and the two women intimately involved in his life,” Ancram Co-directors Jeffrey Mousseau and Paul Ricciardi enthused. “The project aligns perfectly with our programming which centers on the direct and immediate relationship between the performer and audience through storytelling.”

STILL LIFE is a searing and revealing documentary play about the immediate aftermath of the Vietnam conflict on a former marine, his wife, and his mistress, gleaned from interviews and refined to illuminate the post war experience. The play provides a poignant snapshot of America in the turbulent 1970s–a country in the throes of an unpopular war abroad and social upheaval at home.

“Like all great works of art, Emily’s plays are timeless and timely. Some were written over forty years ago, and, yet, they show us ourselves in the very moment we live in–NOW,” said Joseph Rodriguez, Artistic Director of Playhouse Creatures.

“STILL LIFE is about three people I met in Minnesota during the summer of 1978,” Mann explained. “It is about violence in America. I have been obsessed with violence in our country ever since I came of age in the 1960s. I have no answer to the questions I raise in the play but I think the questions are worth asking. The play is a plea for examination and self-examination, an attempt at understanding our own violence and a hope that through understanding we can, as [the character of] Nadine says, ‘come out on the other side’.”

In addition to the performances of the play, there will be a free Conversation with Playwright Emily Mann at 11 am on Saturday, October 8 at the Opera House.

Ricciardi will also lead a free storytelling workshop for veterans only 3-5 pm on November 4, and AOH is putting out a call to the community, inviting Vietnam veterans and family members with stories of Vietnam vets to email info@ancramoperahouse.org if they have a story to tell as part of our Local Characters program on our YouTube channel and website. The first interviewee, Carole Smillie, is a Gallatin resident with an incredible story about her late husband’s journey home from his tour in Vietnam. Local Characters interviews will be posted on the Ancram Opera House website and YouTube page and allow the conversation with the community to continue through the fall.

STILL LIFE premiered at the Goodman Studio Theatre in October 1980. The same production was then produced by the Women’s Project at American Place Theatre in New York in February 1981. Under the author’s direction, the production won Obies for playwriting, direction, all three performers, as well as for best production. The play has subsequently been performed around the world, and in major regional theatres and universities throughout the United States.

A stellar creative team has been assembled for STILL LIFE. Set design is by Sarah Edkins, AOH resident set designer since 2016, who designed the set for the Ancram production of INVASION! last month.  Ayumu “Poe” Saegusa is the resident lighting designer at HERE, one of New York City’s most prolific arts organizations and, as a freelancer, has designed all over the world. Projection Designer A-Key (Takaaki Ando) has worked in renowned spaces such as Lincoln Center, Carnegie Hall and MoMA. The work of Sound Designer Brendan F. Doyle has been heard in theatres, concert halls, bars, basements, and other venues around New England and Scotland. The stage manager is David Bonilla, who has served as Technical/Production Supervisor at La Mama for many years. He will be assisted by Mae Schuberth who has worked both behind the scenes and on the stage for many productions at her alma mater and in NYC.

This production of STILL LIFE is generously underwritten by Manon and Ian Slome. For tickets and more information visit www.ancramoperahouse.org.

Thursday, Fridays, and Saturdays at 7p

A Conversation with Emily Mann

Saturday, October 8 at 11am

Vietnam veterans and family members with stories of Vietnam vets are invited to email info@ancramoperahouse.org if they want to participate in our Local Characters program.

Mann is a multi-award-winning theatre director and playwright. In her 30 years as Artistic Director and Resident Playwright at McCarter Theatre Center in Princeton, New Jersey, she wrote 15 new plays and adaptations, directed more than 50 productions, produced 180 plays and musicals, supported and directed the work of emerging and legendary playwrights, and received the Tony Award for Outstanding Regional Theatre. Her plays include: Having Our Say, adapted from the book by Sarah L. Delany and A. Elizabeth Delany with Amy Hill Hearth; Execution of Justice; Still Life; Annulla, An Autobiography; Greensboro (A Requiem); Meshugah; Mrs. Packard; and Hoodwinked (a Primer on Radical Islamism). Her play, Gloria: A Life about the legacy of Gloria Steinem, ran Off- Broadway and aired on PBS’ Great Performances. On Broadway, she has directed her plays Execution of Justice and Having Our Say as well as Nilo Cruz’ Anna in the Tropics and Tennesse Williams’ A Streetcar Named Desire. Among her many awards, Ms. Mann has received six Obies, a Guggenheim; a Tony, Drama Desk, Outer Critics Circle and was recently inducted into the American Theater Theater Hall of Fame.

Piper is a graduate of the Juilliard School of Drama. She was recently seen in an episode of Evil on CBS and had the privilege of directing Zachary Desmond’s original play Troglobites for The Studio NY. She is excited to join the cast of The Outsiders in January for its world premiere at La Jolla Playhouse directed by Danya Taymor.

ABOUT THE CREATIVE TEAM

Sarah has been the resident set designer at Ancram opera House since 2016. Recently she designed the set for Invasion!  Earlier this year, she worked on their revival Of An Illiad, at Shakespeare and Company, Lenox, MA. Other shows this year include: The Land of Swollen Faces and Hide and Seek, for Kairos Italy Theatre, at The Tank, NYC, directors, Laura Caparrotti, Jay Stern and Carlotta Brentan. Also, an original musical, Charlotte Lucas is 27 And Not Dead, for Piper Theater Company at the Mercury Store, Brooklyn, NY, director, Madeline Wall. sarahedkinsdesign.com.

Saegusa started stage lighting design in 2000 in Tokyo. He moved into NYC in 2005 and became resident lighting designer of HERE.  He also works as a Freelance lighting designer for various types of shows from NY Fringe festival to Lincoln Center Festival in various countries from Japan to Europe. He is a good collaborator for multimedia opera show and all sorts of puppet shows. His credit for opera shows including “Looking At You” (directed by Kristin Martine at HERE in 2019), “Book of the mountains and Seas” (By Basil Twist at Copenhagen in 2021, at St Ann’s Warehouse in 2022) and “Aunt Leaf” (Directed by Jeffrey Mousseau at HERE in 2005)  He funded Creative Machine Stage Lighting LLC in 2016. (www.Creativemachine.lighting)

Still Life marks Mae’s first production with Ancram Opera House and Playhouse Creatures Theatre Company! Previously, she has worked both behind the scenes and on the stage of many productions at her alma mater, and locally in NYC. Some favorites include: Working (ASM), The Buffoons (ASM), NYU’s New Studio on Broadway’s 2021 Virtual Showcase (PSM), I’ll See Myself Out: a musical revue (PSM/co-director), Cabaret (Kit-Kat & Swing), The Music Man (Zaneeta Shinn). She gives never ending gratitude to her mentors, mates, the Solon/Schubie squad, and of course Jcorn. Cheers!

A-Key is a sound, lighting and projection designer based in New York City. With over one decade of experience, Takaaki has worked in renowned spaces such as Lincoln Center, Carnegie Hall and MoMA; as well as cultural institutions and independent venues. Not only a veteran designer, Takaaki is also an adept technical director, stage manager and production supervisor.

Brendan F. Doyle is a sound designer, engineer, and artisan working primarily in live performance applications: theatrical sound design, live music, and bespoke audio objects. He holds a MSc in Sound Design from the University of Edinburgh, and a BFA in Theatre Design and Technology from Emerson College. His work has been heard in theatres, concert halls, bars, basements and other venues around New England and Scotland. He is a proud member of USA 829.

Still Life marks Mae’s first production with Ancram Opera House and Playhouse Creatures Theatre Company! Previously, she has worked both behind the scenes and on the stage of many productions at her alma mater, and locally in NYC. Some favorites include: Working (ASM), The Buffoons (ASM), NYU’s New Studio on Broadway’s 2021 Virtual Showcase (PSM), I’ll See Myself Out: a musical revue (PSM/co-director), Cabaret (Kit-Kat & Swing), The Music Man (Zaneeta Shinn). She gives never ending gratitude to her mentors, mates, the Solon/Schubie squad, and of course Jcorn. Cheers!

Playhouse Creatures an NYC-based, mission-driven, off-Broadway theatre company dedicated to strengthening the legacy of the American theatre, while serving the communities where we produce (both on and off stage). Since 2009, PCTC has produced 15 mainstage productions, seven new works series, 29 staged readings, four Tennessee Williams festivals, a world premiere of a Tennessee Williams play (“The Recluse and His Guest”), and several NYC premieres. PCTC has won and been nominated for 21 theatre awards, and received The Nazareth Housing 2018 Community Service Award.

Located in southern Columbia County, the Ancram Opera House presents a mix of contemporary theatre, alternative cabaret, and community programs. The Opera House was erected in 1927 as  Grange #955, a chapter of the National  Grange of the Patrons of Husbandry, a  movement founded shortly after the Civil  War to advance methods of agriculture  and address the needs of farmers. In 1972,  the grange was repurposed as a performance  hall presenting operatic fare.  AOH offers audiences a unique opportunity to directly engage, up close, with visionary theatre artists at the top of their field who are rarely seen in our region. For more information visit www.ancramoperahouse.org.