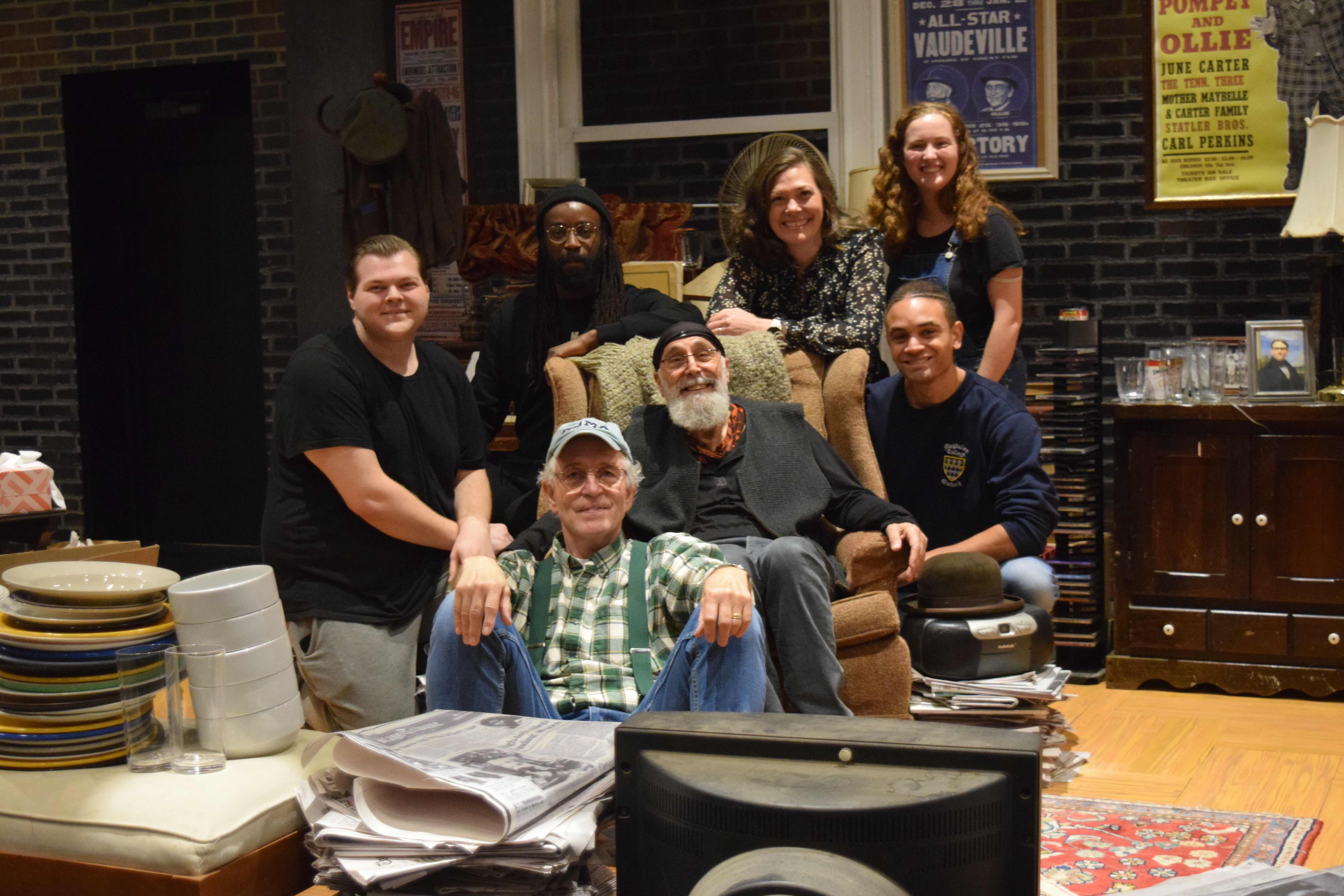 LENOX, Mass. – With a script that’s been revisited and deepened by the playwright 30 years after it was first published, Shakespeare & Company presents Golden Leaf Ragtime Blues by Charles Smith, at the Elayne P. Bernstein Theatre through October 30.

Directed by Raz Golden, Golden Leaf Ragtime Blues takes place over the course of one afternoon in the early 1990s, post-LA Riots, and explores the unusual connection between a Black teenager and an aging Jewish vaudevillian through comedy and music.

It was originally written in 1992, developed by the American Blues Theatre Company of Chicago, Ill., and the HBO New Writers Workshop – however, Smith has reworked the script just this year, and Golden Leaf Ragtime Blues will be presented in its current form for the first time at Shakespeare & Company.

“The idea of revisiting a play I wrote 30 years ago was absolutely terrifying,” said Smith. “My first take was thinking I can’t rewrite this because I am such a different person than I was back then. But after a while, I started thinking, ‘why don’t I embrace who I am today, and look at the play from an objective point of view?”

A Distinguished Professor of Theatre at Ohio University, Smith said he began to treat himself like his own pupil.

“I’ve worked with a number of young writers, so I gave myself the notes I would give to a young writer. The result is something I’m delighted with – and what I consider a new play.”

Golden agreed, calling the production “more of an ensemble piece.”

“There is more reflection on the psyche, and more examination of how the political world can affect how we connect with others,” he said. “In the background is the political reality of that time, but purposefully foregrounded are the smaller scale experiences of four people.”

Golden Leaf Ragtime Blues will be staged through October 30 at the Elayne P. Bernstein Theatre at Shakespeare & Company. Performances will be held at 2 p.m. and 7:30 p.m., with select, mask-required performances held weekly. Tickets range in price from $22 to $62. The cast includes:

Barrett has been performing on stages in the Berkshires, New York, Connecticut, and abroad since 1969, including in New York at La Mama ETC., The Manhattan Theater Club, and in the New York Shakespeare Festival Tony Award-winning revival of Threepenny Opera. Regionally, he’s performed with Longwharf Theatre, Riggs Theatre 37, Pittsfield Shakespeare in the Park, Great Barrington Public Theatre, Berkshire Theatre Festival, Walking the Dog Theatre, Mixed Company, and Barrington Stage. He is a founding member of The Berkshire Public Theatre.

Moriarty began her actor training with Shakespeare & Company in 2011 just before obtaining her MFA. She began her Teacher Trainee journey in 2017 and joined the Center for Actor Training teaching faculty in 2022. She has performed in several roles at Shakespeare & Company, including as Jean Hatch (White Savior), Mrs. Reynolds (The Wickhams: Christmas at Pemberly), Provost / Mariana (Measure for Measure), Miss Bates (Emma), and Olive (The Norwegians). She is a Center for Actor Training Teaching Faculty member, and Manager of Individual Giving for Shakespeare & Company. In Chicago, Moriarty has appeared at the Vitalist Theatre (contributing artist), Lifeline Theatre, Greasy Joan & Co., Emerald City Theatre, and Attic Playhouse; Regionally, with Elsewhere Shakespeare, Montana Repertory Theatre, Montana Actors Theatre, Classic Theatre Co., Tacoma Little Theatre, Toy Boat Theatre, and Philipsburg Theatre. She holds an MFA in Acting from the University of Montana and a BFA in Acting/Dance from Adelphi University.

Coleman is a founding member of Shakespeare & Company and its Director of Education. He works in the Performance and Training departments as an actor, teacher, and director, and has been a guest teacher or director at MIT, Harvard, L.S.U., Stanford, Shenandoah Shakespeare, Q.U.T.- Brisbane, Lincoln Center, the Folger Library, Shakespeare Festivals in both Stratfords, and the Mercury Theatre in Colchester, U.K. He is the Theater Director at the Austen Riggs Center, where he has directed more than 30 productions. In 2016, he was Runner-up for the Tony Award for Excellence in Theatre Education. Along with Patrick Toole, Coleman recently produced the film Speak What We Feel, documenting the Fall Festival of Shakespeare.

Logan Slater was born in Los Angeles, Calif., and began in the performing arts as a child, singing with the Hillcrest Christian School choir. After graduating from California State University, Northridge with a degree in film production, he decided to further his studies; but this time, focusing on acting. Slater has studied with Carl Ford, Lesly Kahn, and Gregory Berger-Sobeck, and is an alumnus of 2020’s Month-long Intensive at Shakespeare & Company. Some of his recent roles include playing Jeff in You Have a Visitor, which won Best Horror and Best Cinematography at the Los Angeles Film Awards, and Troy Boy in Home Soon, an official selection at the San Francisco Black Film Festival. Recently, Slater completed courses at Magdalen College, Oxford University where he continued to deepen his skills as an actor with the British American Dramatic Academy (BADA).

This production is generously co-sponsored by Beverly Hyman and Larry Birnbach, Rhea and Ken Werner, Maxene Kupperman-Guiñals, and Selina Morris-Grinspoon.