“The Wolves” at UAlbany 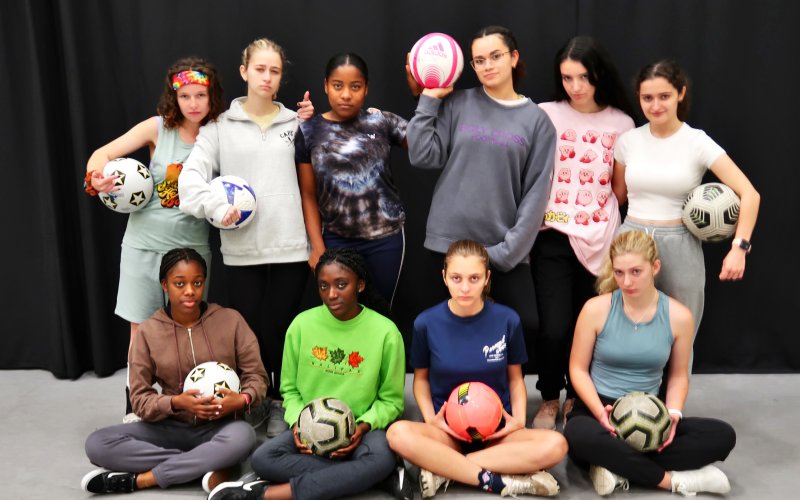 “The Wolves” at UAlbany

Left quad. Right quad. Lunge. A girls indoor soccer team warms up. From the safety of their suburban stretch circle, the team navigates big questions and wages tiny battles with all the vim and vigor of a pack of adolescent warriors. Sarah DeLappe’s play is a portrait of life, liberty, and the pursuit of happiness for nine American girls who just want to score some goals.

The Theatre Program of the University at Albany’s Department of Music and Theatre is pleased to present Sarah DeLappe’s The Wolves, a hit sensation in 2016 with its New York premiere and a finalist for the 2017 Pulitzer Prize for Drama.

The play is DeLappe’s first professionally produced work and was written while she was still a graduate student getting her MFA in Playwriting at Brooklyn College.  Its acclaimed Off-Broadway premiere production won an Obie Ensemble Award and a special Drama Desk Award for its acting ensemble.  It was also nominated for Lucille Lortel and Drama League awards for Best Play.  Currently in cinemas, DeLappe’s most recent work is as the screenwriter for the indie film Bodies, Bodies, Bodies.

In The Wolves, the playwright wanted to show teenage girls not as girlfriends or sex objects, but as complicated young people discovering their own identities and place in the world. The nine soccer players are shown to be athletes, students and daughters – competing for the attention of college recruiters, rather than boyfriends. Staged in the UAlbany Performing Arts Center’s Arena Theatre, the audience surrounds the soccer players, getting to be a “fly-on-the-wall” when listening to their conversations during warm-ups as they train and compete during the weeks that lead up to nationals.

“It’s an amazing opportunity for our actors to take on challenging contemporary plays like this one with characters that are written specifically for a cast of young women,” claims Theatre Program Director Kathryn Walat. “It’s an incredible ensemble-building piece for our students, many of whom are part of our new and growing Acting Minor in the Theatre Program. It’s also a play we’ve studied in our Contemporary Theatre class where it is always a favorite of students.”  She continues, “It’s a play that is written by, about, and for young people, and we hope will also connect with the many student athletes we have on campus.”

The production is directed by Yvonne Perry Past who has taken that role in past departmental productions of My First Time and Circle Mirror Transformation. An Artistic Associate at Capital Repertory Theatre, Perry has been teaching at UAlbany since 1999.

“It’s a perfect complement to the concepts of pace, rhythm, and truth-telling that I try to teach in my acting classes at UAlbany,” says Perry. “The group of women in my cast and stage management team have been nothing short of a joy to work with…our rehearsals have been the best kind of challenge.”