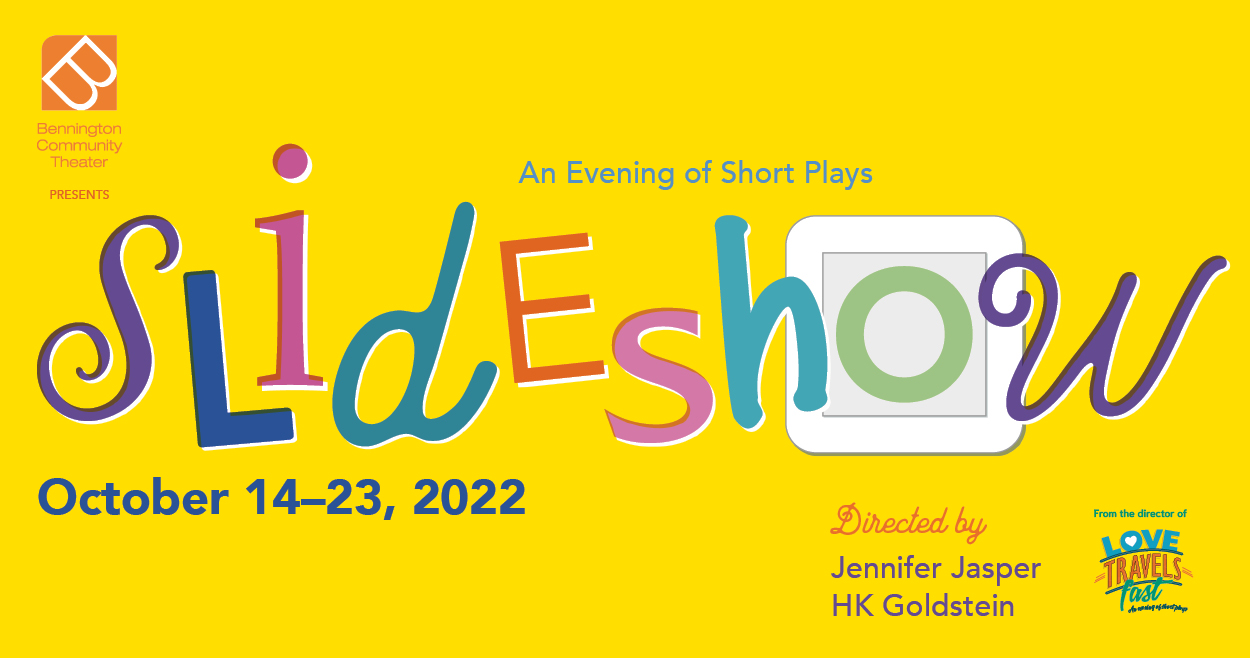 Bennington Community Theater’s collection of eight short plays, titled “Slideshow,” depicts the stories several neighboring families and is so named in honor of the slideshows of family vacations that co-director Jennifer Jasper’s parents would project on their living room wall. Curated by Jasper, the plays dive deeply into emotional territory and allow the audience to see the inner workings of many different kinds of families.

Some of the rather heart-wrenching subject matter includes children’s repercussions for their parents’ reproductive choices (in Jasper’s “Inheritance”), and an older couple’s discussion of end-of-life care (Michael Brady’s “If I Go First”). Tissues are definitely recommended for these, and you may need them for one or more of the other plays, as well. In case you’re concerned about too heavy an evening, be assured that laughs are also to be found in bulk, especially in Scot Augustson’s “Game Night,” in which three friends create a board game involving their families’ misbehavior and similarities; and Andy Roninson’s “The Hipster Sister,” a short musical involving an eccentric younger sibling who has overstayed her welcome.

Jasper and co-director HK Goldstein utilize the entire space for their actors, including all of them in interludes between scenes that show them interacting with each other in character. A lively, onstage three-piece band added to the fun, especially during the interludes, though the singing voices of the actors in “The Hipster Sister” were often drowned out on opening night. Todd Clark’s multiple-tiered set was a resourceful use of the stage, and Shay Francis’ costumes perfectly depicted different decades without being flashy or pulling attention away from the storylines.

There’s lots of food for thought in this bundle to be sure, and the directors and their engaging, likeable cast of 13 actors have turned out a satisfying show.