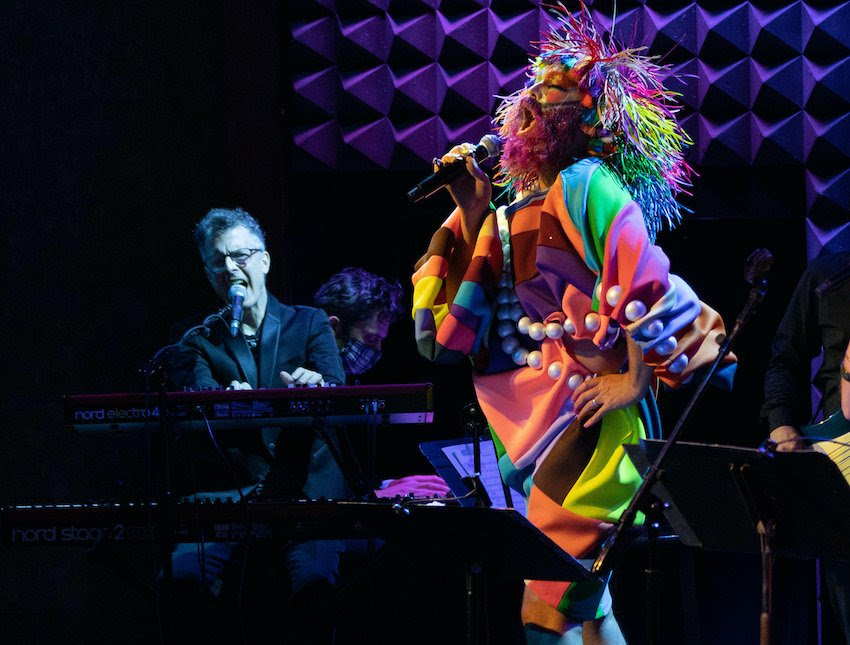 In the Hunter Center at MASS MoCA

“Fabulousness can come in many forms, and Taylor Mac seems intent on assuming each and every one of them.” — The New York Times

MacArthur ‘Genius’ grantee, Pulitzer Prize finalist, Tony nominee, champion of “judy” as a personal gender pronoun — Taylor Mac is many things, but the award-winning, boundary-breaking theatre artist is certainly not dull. On Saturday, November 19, at 8pm, MASS MoCA will host Mac and longtime musical partner Matt Ray for a conversation and preview of their new project, Bark of Millions, a suite of original music celebrating queer luminaries throughout history, which the duo will develop during a two-week residency next month.

If you’ve heard anything about Mac’s live performances, you know they’re awe-inspiring — New York Times critic Wesley Morris described Mac’s 2016 marathon masterpiece A 24-Decade History of Popular Music as “one of the great experiences of [his] life.” Developed by Mac and Ray in residency at MASS MoCA in 2016, the work presented and recontextualized 240 years of American music from battle hymns to Broadway musicals in a durational drag show featuring costumes by our 2022 Gala performer Machine Dazzle. Bark of Millions, the newest collaboration from the daring duo, also features maximalist designs by Machine Dazzle, and comes to MASS MoCA after a ten-day run earlier this year at The Public Theater.

Preposterously talented performers, fabulous costumes, and eye-opening exchanges about artistry and history—how could you possibly miss this? Head to the link below to score your seat today for this unforgettable occasion.