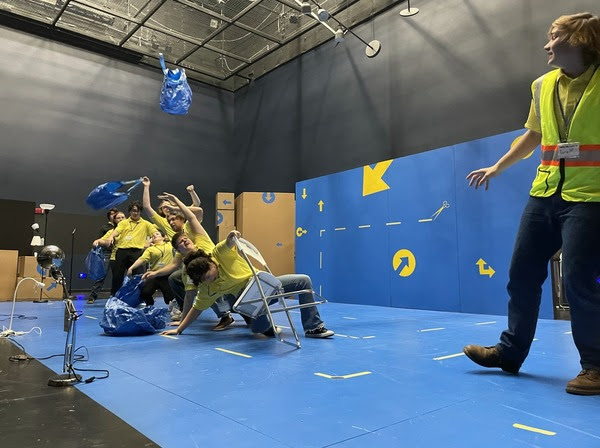 Originally created and devised by the internationally acclaimed Wardrobe Ensemble from Bristol (United Kingdom), RIOT is an epic tale of violence, greed and cheap sofas. Set in a lamp-lit showroom, RIOT integrates live music, early 2000’s nostalgia and eyewitness accounts to reimagine the story of an actual riot that broke out during the grand opening of an infamous Swedish furniture store in north London. Filled with physical comedy, awkward romance and more characters than you can throw a meatball at, RIOT shines a humorous light onto the dark and frenzied nature of consumer culture.

Bard College at Simon’s Rock is the only college in the country specifically designed for students ready to enter college after the 10th or 11th grade. Simon’s Rock offers a curriculum in the liberal arts and sciences, taught by supportive, highly trained faculty, who are leading scholars in their field. The College grants degrees in more than 35 majors. Simon’s Rock is ranked No. 4 for Most Innovative School and No. 5 for Best Undergraduate Teaching by U.S. News and World Report and The Princeton Review ranked Simon’s Rock among the Best Regional Colleges in the Northeast.

Bard Academy at Simon’s Rock is the nation’s first two-year boarding and day program designed to prepare 9th and 10th graders to start college early. Within six years of entering Bard Academy as a high school freshman, a student who matriculates into the College will earn a Bachelor of Arts degree. The Academy curriculum is designed and taught by college professors.