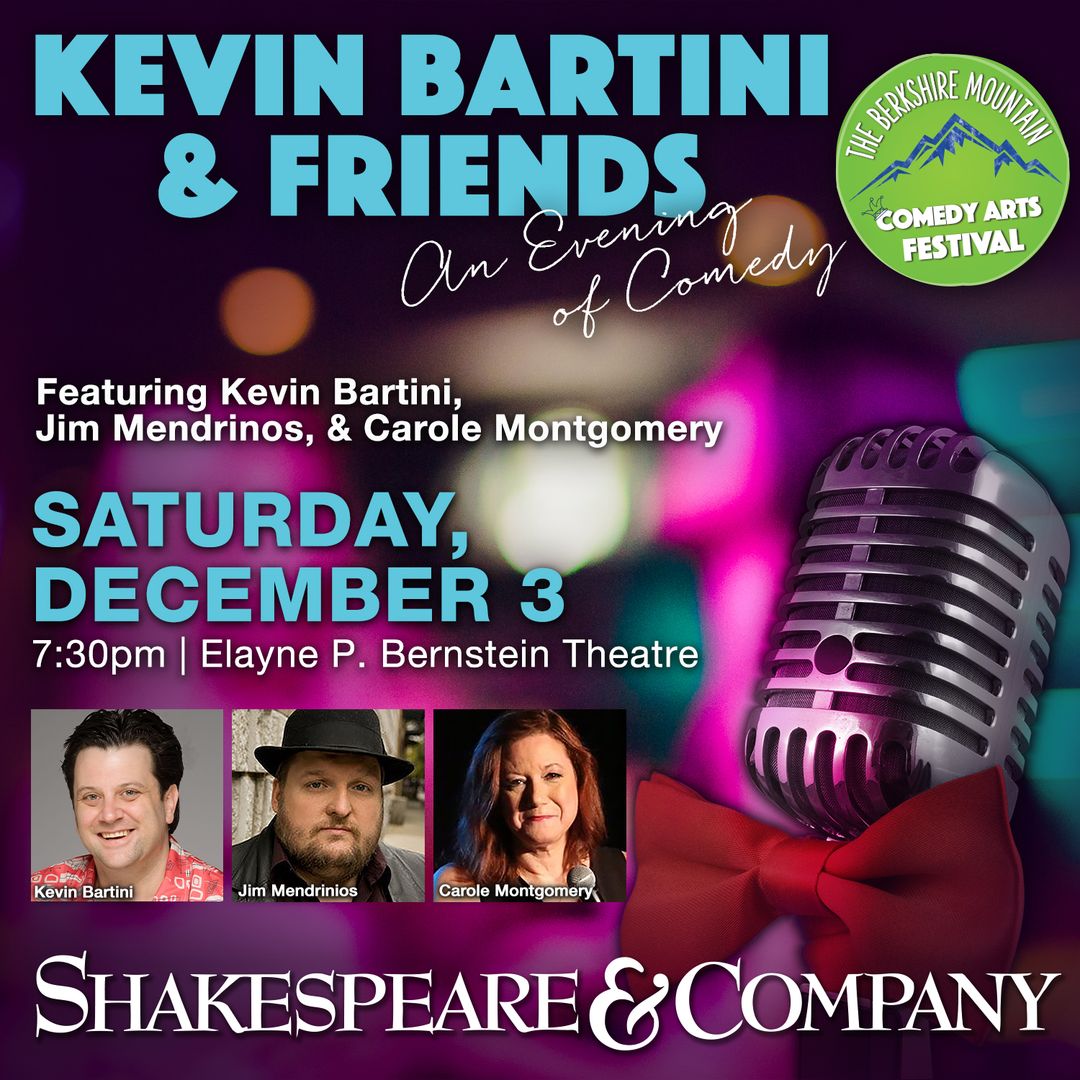 A comedian, actor, and writer, Bartini has been seen most recently as the recurring character Billy Jones in The Marvelous Mrs. Maisel, and has appeared on NBC’s Today Show, ABC’s What Would You Do, Discovery Channel’s Cash Cab, and NBC’s Saturday Night Live, among many other credits.

Inspired by his New York City roots and an eclectic collection of artists, Jim Mendrinos’ style is to carry on an hour-long conversation with the audience. His act is a comedic exploration of emotional peaks and valleys challenging the audience to mine the topics with him.

With more than two dozen television credits to her name, Carole Montgomery is a respected veteran of the standup comedy scene nationwide. In addition to her numerous television appearances, she has headlined clubs and colleges across the U.S. and has starred in two different Las Vegas production shows. In her 10 years as a Las Vegas performer, it’s estimated that she has been seen by more than five million audience members.