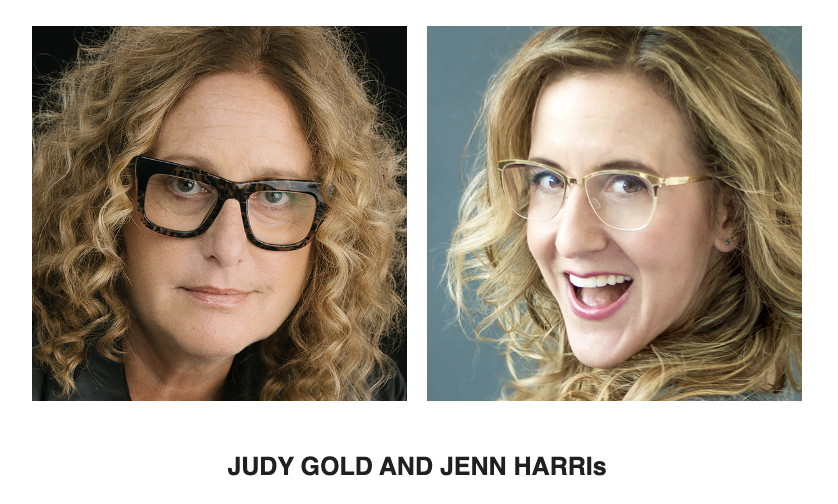 What: CHRISTMAS ON THE ROCKS

STORYLINE:
It’s Christmas Eve in a rundown local bar. Expecting a silent night, the bartender finds himself mixing drinks for a parade of surprising guests – children from your favorite Christmas specials and movies – now all grown up. Join them as they pour out their Christmas woes in this delightful parody.

CHRISTMAS ON THE ROCKS runs December 1 through December 23, 2022.

JUDY GOLD (Playwright) has had stand-up specials on HBO, Comedy Central and LOGO. She is the author of Yes I Can Say That: When They Come For The Comedians, We Are All In Trouble, a critically acclaimed book about free speech and cancel culture which debuted as the number one comedy release on Amazon and was featured in the New York Times Book Review. Judy is also host of the hit podcast, Kill Me Now with Judy Gold. TV acting credits include, City On A Hill (Cassndra Kassell), FX’s Better Things (Chaya) and Showtime’s The First Lady (Elizabeth Read). She has had recurring roles on Comedy Central’s Awkwafina, and Netflix’s Friends from College. Her recent film credits include Love Reconsidered and the upcoming She Came To Me, and Eternal Buzz. Judy is one of the main subjects in the Hulu documentary Hysterical. She has appeared on The Late Show with Stephen Colbert and The Tonight Show. From 1999-2010, she was the host of HBO’s At the Multiplex with Judy Gold. Judy also won two Emmy awards for writing and producing The Rosie O’Donnell Show and she was a writer on the final season of Better Things. Judy has written and starred in two critically acclaimed Off-Broadway hit shows: The Judy Show– My Life as a Sitcom (Outer Critics Circle Nomination), and 25 Questions for a Jewish Mother (GLAAD Media Award–Outstanding NY Theater, Drama Desk Nomination–Actor). Judy received rave reviews as Gremio in The Public Theater’s all-female production of The Taming of The Shrew. She also co-starred in Off-Broadway’s Clinton! The Musical, and Disaster! The Musical. Judy has made numerous appearances on The View, The Today Show, The Drew Barrymore Show, and on MSNBC, CNN and NewsNation as a free-speech advocate. JudyGold.com or IG @jewdygold

JENN HARRIS (Playwright) is an award-winning actor, producer, writer/director. She co-created the web series New York Is Dead, which premiered at the Tribeca Film Festival ‘17. Her first short film, Island Queen, which she produced and co-directed, starred Rachel Dratch and Jesse Tyler Ferguson. Her film She’s Clean is now on the festival circuit and played at Cannes ‘22 in their Short Film Corner. She has performed in many productions in NYC including the role of Clarice Starling in Silence! The Musical, won a Lortel and Theatre World award for her performance in Modern Orthodox, was in the world premiere of Christopher Durang’s Turning Off the Morning News and the revival of David Ives All In The Timing. Some film and television credits include: High Maintenance, Gayby (SXSW 2012), 30 Rock, Search Party, Difficult People, Younger, Bored to Death, Fits and Starts (SXSW 2017), Modern Persuasion (Cannes Virtual Market 2020), American Reject and the soon to be released untitled Jeffrey Wright film.

HARRY BOUVY (The Man) is excited to be back at Theater Works after appearing here in Snakebit, Chesapeake, Fully Committed, and the original production of Christmas on the Rocks. Harry hails from Pittsburgh, and is a NYC-based actor and director. Off-Broadway credits include Dr. Chilton and later Hannibal Lecter in Silence! The Musical (original cast recording), and The Common Man in A Man for All Seasons. On tour, he played Dr. Dillamond in Wicked, Carmen Ghia in The Producers, and Sir Robin in the Vegas production of Spamalot. Favorite roles include Herbie in Gypsy, the D’Ysquith family in Gentleman’s Guide, Higgins in My Fair Lady, and Vanya in Vanya & Sonia & Masha & Spike. Other regional theatre credits include Yale Rep, St. Louis Rep, Cincinnati Playhouse, Actors Theatre of Louisville, Pittsburgh Public, City Theatre Pittsburgh, Montana Shakespeare, Utah Shakespeare, Arrow Rock Lyceum, Bucks County Playhouse, Mason Street Warehouse, Syracuse Stage, Asolo Theatre Company, and Great Lakes Theater. Television credits include Blacklist, Blue Bloods, New Amsterdam, Billions, Tommy, The Good Wife, Law & Order, and Sex & The City. www.harrybouvy.com

JEN CODY (The Woman) is making her TheaterWorks Hartford debut. Jen made her Broadway debut as Rumpleteaser in Cats and has starred in many Broadway shows including: A Christmas Story (Mrs Schwartz), Shrek (original company), Pajama Game (Poopsie, original revival company), Taboo (original company), Urinetown the Musical (original company), Seussical the Musical (original company), Beauty and The Beast (Silly Girl), and Grease (Cha Cha). She can be heard on the original cast recordings of Seussical the Musical, Taboo with Boy George, The Pajama Game with Harry Connick Jr., Shrek the Musical, The Wild Party and Vincent Youman’s Through the Years. She has been awarded the Legacy Robe twice for her work on Broadway. Off-Broadway: Charles Bush’s Cleopatra (Iris), Andrew Lippa’s The Wild Party (Mae), Charles Bush’s Judith of Bethulia, and Henry and Mudge (Drama League Nomination). Her voice can be heard on many cartoons including her award winning role as Charlotte La Bouff in Disney’s The Princess and The Frog in which she received the Annie Award (Voice over Oscar) for Outstanding Voice Work in a Major Motion Picture. Other cartoons include: American Dad (Cartoon Network), Mickey and the Roadster Racers (Disney), Phineus and Ferb (Disney), P. King Duckling, Winx Club (Nickelodeon), Robot and Monster (Nickelodeon) and Khumba (Triggerfish). Her Film and TV work includes: New Amsterdam (NBC), Paper Spiders (Cranium Entertainment), Lucky Stiff (New Oz Productions), The Good Fight (CBS), Younger (TVLand), Instinct (CBS), Bull (CBS), Blue Bloods (CBS), Shrek Live (Dreamworks) Unforgettable (CBS),and Law and Order.

TED LANGE (The Bartender) is excited to be back at TheaterWorks Hartford. He is a prolific author, educator, director and actor of stage and screen. Ten seasons on the beloved classic The Love Boat earned Ted global recognition as well as a star on the Hollywood Walk of Fame. Ted is the recipient of the prestigious Hollywood NAACP’s Renaissance Man Theatre Award and the Heroes and Legends HAL Lifetime Achievement Award. He is a graduate of London’s Royal Academy of Dramatic Arts and has written over twenty five plays including The Cause, My Soul, a prequel to Othello which won the Hollywood NAACP Theatre Best Play award and was presented at the Odyssey Theatre on the 400th anniversary of Shakespeare’s death and at the North Carolina Black Theatre Festival. Ted’s play Four Queens – No Trump won the 1997 Hollywood NAACP Best Play award. He has performed at theaters across the country including Stella Adler Theatre, Classical Theatre of Harlem and the Lorraine Hansberry Theatre among many, many others. His television credits include That’s My Mama, Mr. T and Tina, and guest appearances on Evening Shade, Half and Half, Family Matters, In the Heat of the Night, The Tonight Show with Jay Leno and The Oprah Winfrey Show. When asked about the diversity of his career, Ted states, “The duty of the Artist is to find his muse, then let her rip.”

ROB RUGGIERO (Director/Producing Artistic Director) has been part of TheaterWorks Hartford artistic leadership for 30 seasons. He has directed over 65 shows, including TWH productions of Fun Home, Zoey’s Perfect Wedding, The Sound Inside, American Son, The Legend of Georgia McBride, Constellations, Next to Normal, Relativity (starring Richard Dreyfuss) and Christmas on the Rocks, which he also conceived. His Broadway credits include Looped (starring Valerie Harper in a Tony-nominated performance) and High (starring Kathleen Turner) which had its world premiere at TWH. He also conceived and directed the musical revue Make Me a Song: The Music of William Finn which moved off-Broadway and was nominated for Drama Desk and Outer Critics Circle Awards. Rob conceived and directed Ella, a musical about Ella Fitzgerald, which saw sold-out runs in 24 regional theaters and was produced as a National Tour. His work on plays and musicals has received multiple awards in Connecticut and around the United States. Rob recently directed A Grand Night for Singing at Goodspeed Musicals where over his 14-year relationship he has directed many award-winning musical productions. Internationally, he directed Fiddler on the Roof in Athens, Greece.

About TheaterWorks Hartford
Celebrating its 37th season, TheaterWorks Hartford (TWH) produces high-quality, contemporary theater that is relevant to our audiences, engages a diverse community, and provides insight into the human experience. TWH is committed to the power of storytelling in creating community. Founded in 1985, TWH has produced over 190 plays and presents approximately 150 performances per season. TWH also owns and manages the historic property at 233 Pearl Street, known as City Arts on Pearl. City Arts provides an affordable home and services to a diverse family of non-profit arts organizations.