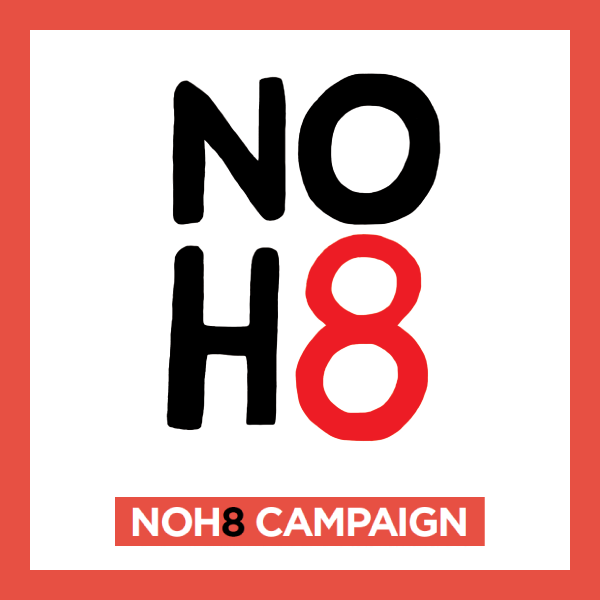 Join the #NOH8 movement @ #TWHartford and add your face to the fight for equal human rights! The NOH8 Campaign returns to Hartford on Sunday, Jan 29 with the help of West Hartford Pride. Stop by TWH anytime between 2-4pm to pose for an official NOH8 photo by photographer Adam Bouska. (And if you can’t make it to TWH on SUNDAY, NOH8 will be taking photographs at Playhouse on Park on Monday Jan 30 from 6-8pm).

Cash and credit cards only. One edited digital print will be made available via noh8campaign.com. In partnership with West Hartford Pride and Playhouse on Park’s production of INDECENT

About NOH8: On November 4, 2008 Proposition 8 passed in California, amending the state Constitution to ban same-sex marriage. The defeat provoked a groundswell of initiative within the GLBT community at a grassroots level, with many new political and protest organizations being formed in response. The NOH8 Campaign is a photographic silent protest created by celebrity photographer Adam Bouska and partner Jeff Parshley in direct response to the passage of Proposition 8. Photos feature subjects with duct tape over their mouths, symbolizing their voices being silenced by Prop 8 and similar legislation around the world, with “NOH8” painted on one cheek in protest. Nine years since its inception, the NOH8 Campaign has grown to over 56,000 faces and continues to grow at an exponential rate. The campaign began with portraits of everyday Californians from all walks of life and soon rose to include politicians, military personnel, newlyweds, law enforcement, artists, celebrities, and many more from across the globe. While inspired by the passage of Prop 8 and the fight for marriage equality, the scope of the NOH8 Campaign has grown to stand against discrimination and bullying of all kinds. The message of ‘No Hate’ can be interpreted and applied broadly, and everyone can relate to the message of NOH8 in their own way. For more information, visit noh8campaign.com.

About TheaterWorks Hartford
Celebrating its 37th season, TheaterWorks Hartford (TWH) produces high quality, contemporary theater that is relevant to our audiences, engages a diverse community, and provides insight into the human experience. TWH is committed to the power of storytelling in creating community. Founded in 1985, TWH has produced over 170 plays and presents approximately 150 performances per season. TWH also owns and manages the historic property at 233 Pearl Street, known as City Arts on Pearl. City Arts provides an affordable home and services to a diverse family of non-profit arts organizations.