About Berkshire on Stage 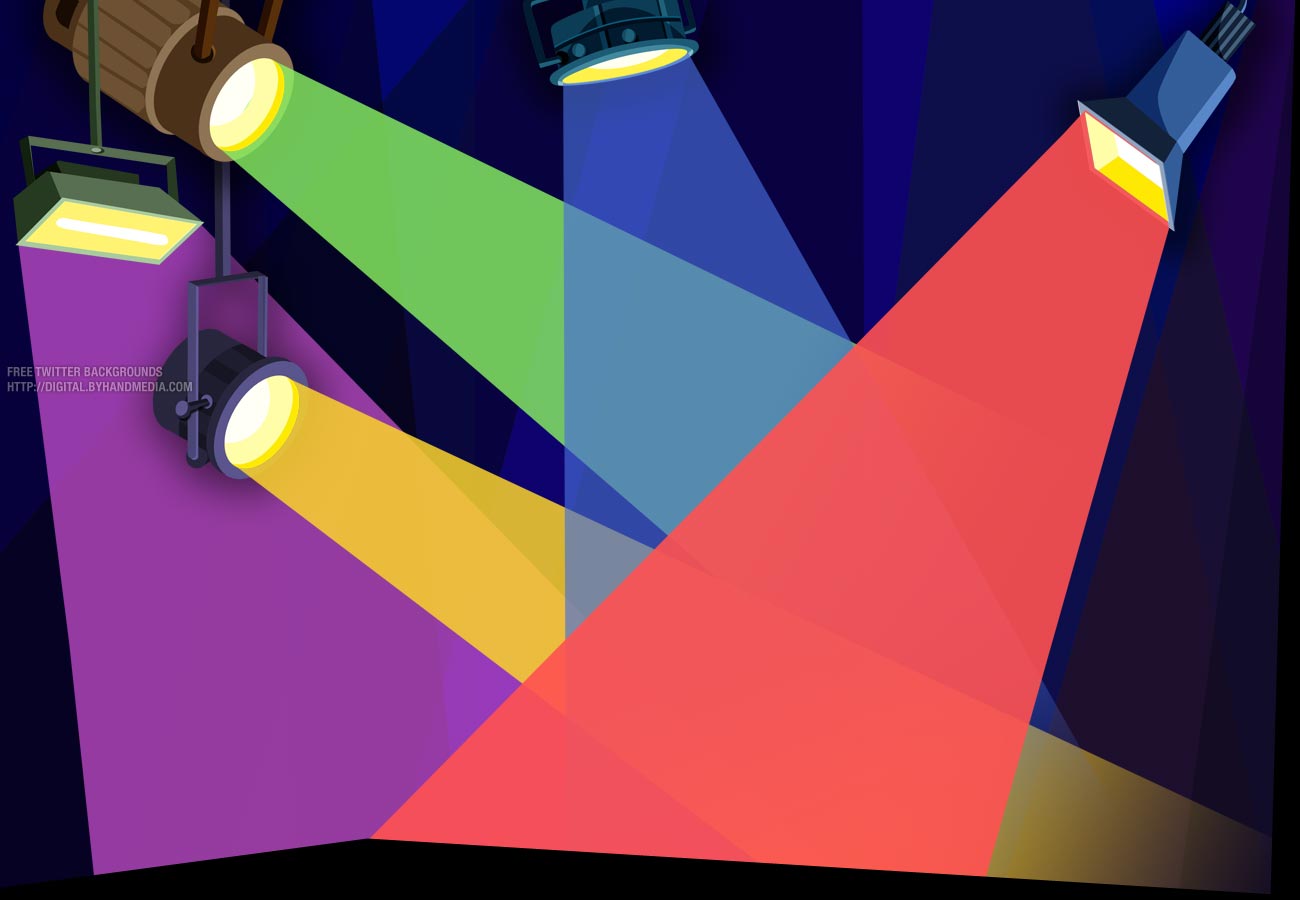 First published on April 15, 2010 with reports on Jacob’s Pillow, Mass MoCA and Mahaiwe Performing Arts Center, Berkshire on Stage has always covered the performing arts in its corner of Western Massachusetts, but also keeps an eye on trend-setting happenings elsewhere.

You, our readers and commentators have been right there along with the writers who make up our merry band of explorers of the arts. Thanks you!

A theatre critic and the area’s go-to person for theatre history in the Berkshire and adjacent area, Gail M. Burns has been writing about theatre since 1997. She has been a critic for the North Adams Transcript and many other publications over her career. Ms.Burns brings first hand knowledge of acting, directing and producing theatre, having done so for many companies over her lifetime. Her unique approach of blending what she sees on stage with what she has seen in real life brings a personal approach to her writing.

During Larry Murray’s lifetime, Burns was honored to be one half of the online dialogue that took place in the column Burns & Murray. That unusual approach to reporting theatre was a hybrid blend of criticism and advocacy.

Roseann Cane has been an actress and a director for most of her life, studying at the American Academy of Dramatic Arts, Emerson College, Hofstra University, and The New School. The New York City native has appeared onstage in a wide variety of roles by playwrights ranging from Shakespeare to Neil Simon and Chekhov to Beckett.

She taught writing at Hunter College, the 92nd Street Y, and a slew of other institutions; was a promotional writer for Cambridge University Press; copy supervisor at Harper & Row (now HarperCollins); editor of Quadrant, the journal of the C.G. Jung Foundation for Analytical Psychology (where she was also a faculty and editorial-board member); program director of the New York Open Center; and a columnist for Lifetime Television’s website.

Cane has appeared on television and in a number of films, including the Sundance-award-winning“H.”, directed by Rania Attieh & Daniel Garcia.  Locally, some of the roles she’s played onstage include Cordelia LeGrand in Meridian, Mississippi Redux at Albany’s Soul Rebel Performance Troupe; Sonia in Vanya and Sonia and Masha and Spike at Latham’s Curtain Call Theatre; Lady Boyle in Superior Donuts at Albany’s Capital Repertory Theater; Hannah in As It is In Heaven at Lee’s Spectrum Playhouse; and Edna in The Prisoner of Second Avenue at the Ghent Playhouse. Plays she has directed locally include “Born Yesterday,” “Pack of Lies,” “Other People’s Money,” and “Lips Together, Teeth Apart.”

Lisa Jarisch has absolutely no on-stage experience to speak off, aside from one best-forgotten turn as an ensemble member in a North Adams Stagehands Production of Godspell in 1978. She is, however, a life-long fan of all things theatrical ,beginning the love affair through attending the Williamstown Theater Festival in its heyday, where serving as an usher gave her the opportunity to deliver flowers to Celeste Holm, evict squatters from Nikos’ perpetually reserved seat, and witness the start of Gwyneth Paltrow’s career, while enjoying some of the finest regional theater in its day. She has also served as stage manager for more than a dozen productions offered by local company Romance,Soul and Rock & Roll, as well as herding urchins, cuing muleteers, and perfecting the art of quick-change dresser as Stage Manager for 5 productions with Copake-based The Two of Us Productions.

While laying no claims to professional critic status, Lisa knows what she likes and is more than happy to share her opinions with BoS readers. With an especial fondness for musical theater, Lisa finds the summer theater season particularly fulfilling, with enough offerings to satisfy her song and dance -hungry soul and provide fodder for freely sharing her ruminations and musings on performances, staging, lighting, music and costumes.

Macey Levin has had an extensive career as an actor, director, artistic director, lecturer and reviewer. He appeared in Aglet Theatre Company’s Sin (A Cardinal Deposed,) Madagascar, Heroes and Mass Appeal. His directorial credits, which number well over 125 productions, include Sylvia, Galatea, Kimberly Akimbo, A Tennessee Williams Menagerie, The Heiress, All My Sons amongst others.  He is a co-founder of the Berkshire Critics Association and co-hosts the annual Berkies Award ceremonies.

Having earned a Ph.D. in Theatre (CUNY Graduate Center), Barbara taught at Queens College, Hofstra University and Marymount Manhattan College.  Currently she teaches for OLLI in Pittsfield, is a co-founder of OLLI’s Performing Arts Initiative, and a co- host of their Playreading Shared Interest Group. She has served as a speaker for the New York Council for the Humanities, a respondent for the Kennedy Center American College Theatre Festival, and a performer in over one hundred Reader’s Theatre productions. As a director, she has worked at university and regional theatres, local Berkshire venues, the Strindberg New York Festival, Queens Theatre in the Park, and LUNA Stage in West Orange, New Jersey. As Artistic Director of HRC Showcase Theatre (since 2000), now performing staged readings at The Theater Barn in New Lebanon, and as a director for the Association for Theatre in Higher Education, the Kennedy Center/American College Theatre Festival, and the Plays in Progress Annual Short Play Festival, she has collaborated for many years with playwrights on original scripts. Barbara is a member of the Berkshire Theatre Critics’ Association and writes reviews for Berkshire On Stage.

Jeannie Marlin Woods is a freelance stage director and actor who resides in the Berkshires. She has enjoyed a 30-year career as a scholar, actor, director, arts educator, and arts administrator. A graduate of the Ph.D. in Theatre Program of the City University of New York, she was a Professor of Theatre at Winthrop University for 17 years, where she was Artistic Director of The New Stage Ensemble Theatre and served 5 years as Associate Dean of the College of Visual and Performing Arts.  She is a Professor Emerita of Theatre at Western Illinois University, where she taught for 12 years. She founded the Starry Night Repertory Company in western Illinois and was its Artistic Director (2009-2019).

An international scholar and director, Dr. Woods was a Fulbright Scholar in the graduate program of the National Institute of the Arts in Taiwan. She was inducted into the Fulbright Taiwan Hall of Fame in 2019. She also has taught theatre courses on the SS Universe Explorer with the Semester at Sea program and circumnavigated the globe.

Dr. Woods is the author of Theatre to Change Men’s Souls—The Artistry of Adrian Hall and Maureen Stapleton: A Bio-Bibliography. She has been a reviewer for Berkshire Onstage since 2021.

About the late Larry Murray

Larry Murray began publishing Berkshire on Stage in April of 2010. Prior to that he contributed reviews and interviews to Berkshire Fine Arts from 2007 to 2009 where he was contributing editor. The two online venues continued to share content from time to time. Murray’s critical commentary also appeared in BroadwayWorld.com and was often excerpted in Nippertown.com and elsewhere.

Prior to retiring to the Berkshires from Boston and New York, Murray’s career spanned the performing arts (Boston Symphony, Tanglewood, Boston Ballet and Arts Boston), movie making (Universal Films, Warner Brothers) with several stints in advertising, public relations and marketing. He has written for the Boston Globe and Phoenix and been an Associate Producer at WBZ-TV, most notably the documentary Backstage at the Nutcracker.

In 1988 New England Entertainment Magazine named him the Entertainer of the Year and his last appearance on stage was in 1989.

Larry passed away on March 10, 2017. There is also a short but somewhat more detailed biography of Larry Murray here.