Review: Christine Temin on “Behind the Scenes at Boston Ballet” 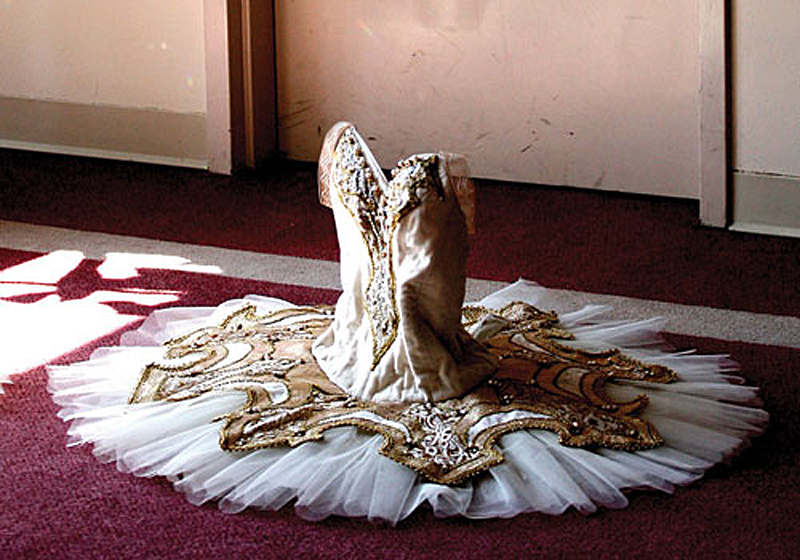 Review: Christine Temin on “Behind the Scenes at Boston Ballet”

The frustrating and infuriating complexities of a cultural organization are not something the average person thinks about when attending a performance. Often, what goes through their minds before the lights dim are the mundane details of life, last minute shopping, dinner with friends. Then the curtain goes up, the music plays, the dancers dance and everyone applauds. You file out of the theatre, happy with the performance, or not.

Christine Temin did this task thousands of times as the dance critic for the Boston Globe for more than twenty-five years. For three of those years, I was the lowly publicist at the Boston Ballet Company when Temin began her career. I liked her, she knew her stuff, and we got along well. My colleague, Greg Howard, succeeded me there, and on his last day with the company some years later, Temin took him to lunch. She may have been a critic but she also wrote features, and as journalist she knew all about cultivating her “sources”.

In short, the world of dance, journalism and criticism are small worlds, and there are never more than one or two degrees of separation between all of us. Over at Berkshire Fine Arts, Charles Giuliano was my editor for several years recently before I struck out on my own. Decades previously he wrote for the Boston Herald while Temin was at the Globe. I began writing for newspapers as a teen, switched to P R in my twenties, and have only of late become a critic myself.

Temin spent months close to the Boston Ballet and the current artistic director Mikko Nissinen, and its former executive director Valerie Wilder. When she goes “Behind the Scenes at Boston Ballet,” she does exactly that to paint her portrait of the company. She talks to just about everyone: the dancers, the choreographers, the production people, the music director and a smattering of others from the school and the board of directors. It’s fascinating stuff.

From the very get-go Temin sets a modest and achievable goal, to present a simple snapshot of the company at a specific time in its history. Her portrait is comprehensive. She paints a glowing picture of the company as any artist might, but she also paints a realistic one. There are some blemishes, an ugly wart or two, and of course the inevitable wrinkles that are the manna of a journalists craft. She does not shy away from recounting some of the controversies of the past: dancers and their diets, inattentive boards and the miserable double cross they received at the hands of Josiah Spaulding and the Wang Center when the company and its annual Nutcracker were evicted from the Wang. They were booted out of that theatre with little notice in favor of the more profitable Radio City Music Hall Rockettes, complete with taped music instead of live. Everyone at the Boston Ballet worked hard to make that theatre work, and this is the thanks they got.

Temin details this, and the muted, dignified response of Mikko Nissinen and the Board. It almost cost the company its existence since their only choice was to play at the Shubert Theatre across the street, which slashed their potential gross by two-thirds. That’s how rock solid companies get into financial trouble. The Nutcracker is the only dance offering that actually makes money at the box office, but it depends on a large seating capacity to make its surplus which helps support the balance of the season. In 2009 the company made the Boston Opera House its home. This is the best thing to happen to the subscribers and ticket buyers since the sight lines are far superior to the Wang which was created for film, not stage presentations as the author takes pains to point out.

In the book, Temin also takes on the problem of the lack of support for the arts from the City of Boston itself. This is not some new policy, indeed the City of Boston has never had a single line item int he budget to support its reputation as “The Athens of America.” What money it does hand out comes from the state as part of local aid. Even that is a fraction of what was originally promised when the Arts Lottery was created four decades ago. (MegaBucks was begun as the Arts Lottery and when Jackie O’Reilly’s cockamamie idea succeeded beyond everyone’s wildest expectations, the legislature grabbed it, capped it, and has constantly reduced it ever since. But that is another story to be told in a different book.)

While the Arts Lottery story is not part of the author’s snapshot (she focuses on 2006-7) she does call out the city fathers and Boston’s elite for neglecting the dancing diamond in the city’s midst. She also takes pains to point out the financial heroes that have consistently nurtured ballet in Boston, Jill Goldweitz and Pamela Humphrey. And of course their husbands, Mark Goldweitz and John Humprey.

One of the wonderful elements of the book are the carefully constructed biographies of the key dancers, mostly the principals, with attention paid to both why, and how, they ended up in Boston. In an embarrassing section, the writer also points out that few local dancers from the company’s own school make it to the company under Nissinen. She also points out the success of Damian Woetzel, a dancer who rose to principal at NYCB and is now in demand as both teacher and commentator. (I have watched Damian grow from an energetic teen, through International Ballet competitions to the top danseur at NYCB. There’s a whole book there, too, though he will likely write it himself.)

While Christine Temin’s narrative is tightly woven and detailed, it is the photographs of Wally Gilbert that bring the people themselves to vibrant life. None are studio portraits or posed, but rather live action candids of the endless hours dancers spend in the studio before dress rehearsals and performances. As Temin talks about the enormous physical demands on a dancer, she also reveals that they must – at the same time – make it look absolutely effortless. Gilbert’s photographs reveal both sides of the equation, while also showing a bit of the physical therapy and production details not normally seen.

The only letdown in the book was the narrow timeframe it covered. While the succession of the artistic directors and history are given, they are recitations rather than revealing. It would take a diligent reporter many years to accomplish the task of a complete history of the company. Yet someone should undertake such an effort, there are many more stories to be told, some even more interesting than those that this book relates. I look at this book as just the appetizer, with the main course still to come. But time is short, and those that were there at the beginning are growing fewer as time goes on, and those that worked with founder E. Virginia Williams all have grey hair now, if we are lucky enough to have any hair left at all.

Behind the Scenes at Boston Ballet by Christine Temin with Photos by Wally Gilbert. 2009. University Press of Florida.