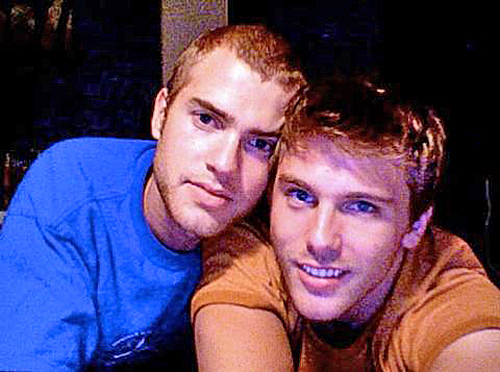 Bridegroom is a moving documentary about a young gay couple that underscores why every state needs marriage equality laws. It is not a complicated issue to understand as this film simply presents its case, a true story. The work of director Linda Bloodworth-Thomason (of “Designing Women” fame), Bridegroom the film introduces us to two utterly charming guys who went through the horrors of growing up gay and yet somehow found each other. They then entered into a serious and monogamous relationship believing that were destined to live the rest of their lives together. It is also a powerful and poignant tale of glorious love, hampered only by unforgiving “Christian” parents and an untimely death.

It started as a viral 11-minute YouTube video “It Could Happen to You,” and though the authentic footage was not super high def, it had an emotional impact as it told the story of two candidates for the “world’s cutest couple”. Shane Bitney Crone and Tom Bridegroom came out, met up and faced prejudice that began long before and continued long after Tom’s unexpected death.

It is only because of the motivations the young men shared that so much of their few golden years together were captured on film and now form the underpinnings of this documentary which is a plea for marriage equality. When Tom – who was a multi talented creative guy – was taking photos of a friend on the roof, he stepped back and fell four stories. Taken to the hospital, his partner Shane was not allowed to see him because he was not “family” in the legal sense, and when the funeral took place the Bridegroom family let it be known that Shane was not only not welcome to attend, but that Tom’s father and other members of the church they belonged to had guns and would enforce their wishes. They blamed Shane for “turning Tom queer.”

The film is low key, yet the actual words and dramatic footage builds into a horror story of the two young men who loved each other and the deceitful and heartless family that took back Tom’s corpse, retrieved all of his possessions, and tried to eliminate all traces of their life together.

This film only exists because of the people who heard about the couple and thought their story deserved to be heard by a wider audience. As a result, some 6,508 people supported making it through a Kickstarter campaign, and all are named at the end of the film. If ever there was a testament to the need for marriage equality laws nationwide and the wide support for same, this film is it.

Larry Murray participates in the Gay and Lesbian Entertainment Critics Association which votes on the Dorian Awards each year. This film is under consideration for the 2013 nominations.