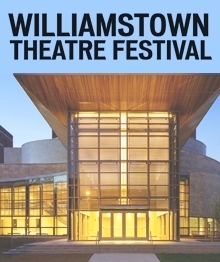 New York, NY (February 9, 2017) – Artistic Director Mandy Greenfield has announced the Williamstown Theatre Festival 2017 Summer Season, the 63rd Season for the Tony® Award-winning theatre company, which will include four world premieres, a new musical, the first production of a WTF commissioned artist, and much more.

“We are excited to share these productions – many of them homegrown at the Festival – with our loyal patrons, who join us summer-after-summer to experience the rare and special magic that happens in Williamstown,” Greenfield said.  “This summer, hundreds of theatre artists – expressing the full talent and diversity of our country – will converge in Williamstown to bring life to our 63rd season.  Together, through that most human endeavor of storytelling, these artists will aim to make sense of the world, give meaning to the world, and perhaps even provide temporary escape from the world!”

Additional programming and events, as well as complete casting and creative team information will be announced at a later date. Ticket Bundles are now available for purchase at www.wtfestival.org.

Golden Globe and Emmy Award winner S. Epatha Merkerson and Golden Globe and Emmy Award nomineeJane Kaczmarek star in this absorbing comedy about self-discovery.  Empty-nested and alone in her Midwestern home, Sharon (Merkerson) takes on a roommate, Robyn (Kaczmarek), who has just arrived from New York City.  Before she has even unpacked, Robyn challenges everything about Sharon’s way of life.  Book clubs, 80s pop music, and the occasional shared toke complicate their unlikely but enduring relationship, even as they venture into dangerous territory.  Mike Donahue directs Jen Silverman’s new play which celebrates unexpected re-invention later in life.

A New Production of the 2005 Pulitzer Prize Finalist

Tony Award nominee Jessica Hecht leads the cast in this heartfelt comedy by Pulitzer Prize finalist Sarah Ruhl.  Lane, an accomplished physician, discovers that her sister Virginia (Hecht) — not her Brazilian housekeeper Matilde — has been cleaning her home every day.  Though never close, suddenly the sisters find themselves enmeshed in each other’s lives and in Matilde’s great passion for Portuguese jokes.  Rebecca Taichman directs this expressive and lyrical comedy about learning to live with life’s mess.

Emmy Award winner and Tony Award nominee Lonny Price directs an intimate new musical by composer/lyricist Geoff Morrow and book writer Timothy Prager that delivers us to the intersection of loyalty, love, and ambition.  Back in 1950, film producer Joseph Lindy was on top of the world, making hit after hit with the love of his life and leading lady, Billie Hathaway.  Nearly four decades later, retired and forgotten, he must approve for release a version of his abandoned, cinematic masterpiece, an autobiographical film now altered irrevocably by a young producer.  Haunted by the choices he made years ago, Joseph’s story hangs in the balance as he reconstructs the film, his memory and, ultimately, his legacy.

In 2016, what does it take for an immigrant to achieve the American dream?  With humor and humanity, playwright Jason Kim (HBO’s “Girls”) explores this question in his timely world premiere play.  Directed byDanny Sharron and featuring Laila Robins, The Model American follows Gabriel, a young, gay, Colombian man, as he finds friendship, love, and ambition in the U.S.  Developed at WTF under the auspices of the Bill Foeller Fellowship Program in 2016, this play questions the price we are willing to pay for success.

Obie Award winner and Tony Award nominee Liesl Tommy directs 2016 WTF Playwright-in-ResidenceHarrison David Rivers’ world premiere play.  Mourning the loss of her elder son Myles, Bethea (Myra Lucretia Taylor) tries to help her younger son Gideon through his grief.  But as revelations surrounding Myles’ incarceration and death emerge, both mother and son must decide whether to fight or let go.  With wit and empathy, this play reminds us of the courage and resilience it takes to chart a better way forward for the ones we love.

You’ve known Olga, Masha and Irina for nearly one hundred and seventeen years.  But this summer, they are, like, unhappy for reals.  Obie Award winner and Drama Desk nominee Trip Cullman directs Outer Critics Circle Award nominee and Theatre World Award Winner Halley Feiffer’s world premiere: a contemporary adaptation of Chekhov’s Three Sisters.  As our heroes search for meaning in their work and love lives — all the while dreaming of their dear Moscow — we are invited to examine our own existential longings and unrequited yearnings. Feiffer’s bold, unapologetically millennial and bitingly comedic spin on this Russian classic newly reacquaints us with the emotional contours of the beleaguered and beloved Prozorov family.  You totes don’t want to miss it.

Amber and Tom are freshmen at Princeton University, where their experiences so far have only two things in common: drunken parties and a desire to fit in.  But when they meet, their common experience becomes anything but, and their moral mettle is put to the test.  Lileana Blain-Cruz directs Anna Ziegler’s deeply felt and relevant world premiere play about intimacy and responsibility, power and provocation, privilege and protocol.

Ticket Bundles are now available at www.wtfestival.org. Single tickets for the 2017 Williamstown Theatre Festival season will be available in April through the WTF website and by mail order using WTF’s season brochure (call 413-597-3400 to join the mailing list).  The WTF Box Office will open in June at which point tickets may be purchased online, by phone, or in person at the ‘62 Center for Theatre and Dance Box Office at 1000 Main St (Route 2), Williamstown, MA 02167.

Since 1955, the Williamstown Theatre Festival has brought America’s finest actors, directors, designers, and playwrights to the Berkshires, engaging a loyal audience of both residents and summer visitors. Each WTF season is designed to present unique opportunities for artists and audience alike, revisiting classic plays with innovative productions, developing and nurturing bold new plays and musicals, and offering a rich array of accompanying cultural events including Free Theatre, Late-Night Cabarets, readings, workshops, and educational programs. With offices in both Williamstown and New York City, WTF creates vibrant work that feeds the wider theatrical landscape. The artists and productions shaped at the Festival each summer often go on to reach diverse audiences nationally and internationally. WTF is also home to of the nation’s top training and professional development programs for new generations of aspiring theatre artists and administrators. WTF was honored with the Tony Award for Outstanding Regional Theatre in 2002 and the Commonwealth Award for Achievement in 2011.