REVIEW: “The Tarnation of Russell Colvin” at Hubbard Hall 2018 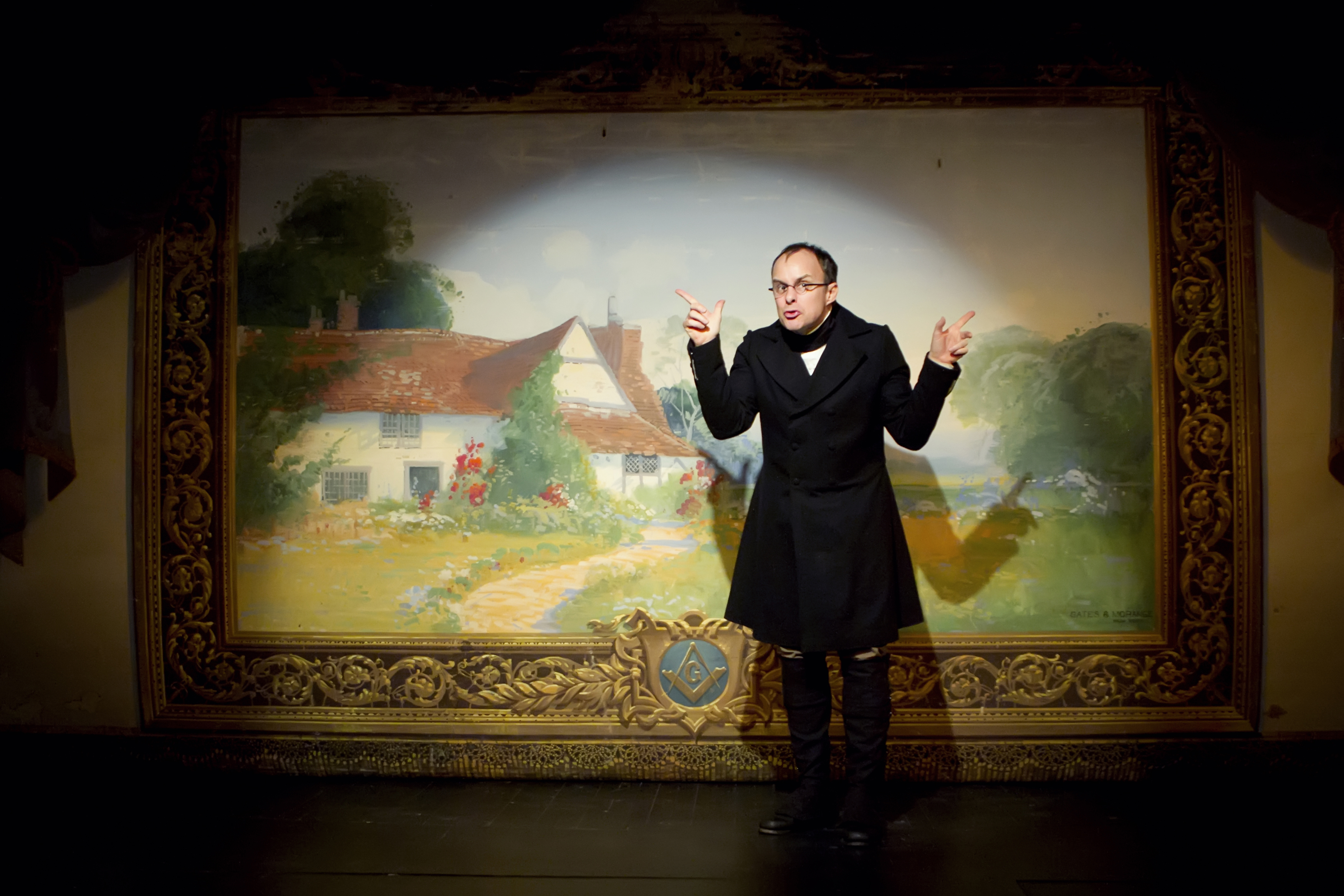 REVIEW: “The Tarnation of Russell Colvin” at Hubbard Hall 2018

AUTHOR’S NOTE: I have written extensively about The Tarnation of Russell Colvin. My preview piece for the June performances at the Dorset Theatre Festival can be found HERE, and in the program insert that you will receive at Hubbard Hall. In addition I reviewed the June performance HERE.

Russell Colvin of Manchester, Vermont, was a real man. And the story told by actor Oliver Wadsworth in his one-man show, The Tarnation of Russell Colvin, is, for the most part, true.

Russell Colvin either was, or was not, murdered by his brothers-in-law, Stephen and Jesse Boorn, in East Manchester, Vermont, in 1812. If he wasn’t murdered then, he either did, or did not, return to town in 1819 alive and well. The case, in which the Boorn brothers were accused of his murder and sentenced to hang, was well documented at the time, and has continued to garner attention on and off in the 200+ years since. Wadsworth has not only resurrected several fascinating aspects of this story, but presents them in the style of the popular itinerate solo performers of that day, many of whom undoubtedly played at Hubbard Hall, in front of the same painted backdrops that grace this production.

And so this is a show about a performer performing as a performer of yesteryear, and, Wadsworth and director Kirk Jackson posit, performing as the performer who may have returned to Manchester in 1819 in the role of Russell Colvin.

Truth is always stranger than fiction, and our ancestors prove just as obstinate, sly, and susceptible as we are. The people who wrote their sides of this story, or who were written about – there was national contemporary newspaper coverage, two eye-witness accounts, and a thriller by Wilkie Collins loosely based on the case – are colorful enough, and Wadsworth tells their story through the eyes of Russell Colvin’s favorite son, Rufus, who witnessed his father’s beating at the hands of his uncles.

Wadsworth presents Russell and Rufus Colvin as classic outsiders. His Russell seems to fall somewhere on the Autism Spectrum, and Rufus is a “girly-boy.” A frontier town in Vermont was hardly a welcoming place for people who fell outside the norm, including Rufus’ mother, Sal Boorn Colvin, who is depicted as continually both drunk and pregnant, including during the eight year period when her legal husband is missing.

Here Rufus and “The Counterfeit” – the actor who ends up playing Russell Colvin – get a happy ending in the diverse, bohemian theatre world of Manhattan. In real life descendants of the Boorns and Colvins still live in the Northshire.

With the help of just a few props and easy but effective costumes, designed by Richard MacPike, Wadsworth morphs rapidly between characters, often conducting both sides of a conversation or confrontation. Jackson and Wadsworth succeed in clearly delineating the differences between a large cast of characters while telling an exciting and complex story.

Not only did Wadsworth research and recreate the style of popular American performers of the early 19th century, but this past summer he had a unique opportunity to perform in many 19th century venues in front of authentic painted backdrops across the state of Vermont. Vermont has done an excellent job in recent years locating, restoring, and cataloging its painted theatre curtains (more info HERE), and is now expanding that work into neighboring New Hampshire and New York, including Hubbard Hall which owns three painted curtains – a forest scene, a townscape, and a Grand Drape – by Troy-based artist Charles H. Huiest (1854-1910)

Set designer Michael Rancourt has incorporated all three Huiest curtains into this production, making the Hall an ideal setting for Wadsworth’s work. In addition, this is the first time a full lighting design has been created for the show, with Calvin Anderson using the Hall’s own warm wooden glow to emulate the gaslights under which a 19th century performer would have worked.

At a zippy 70 minutes without an intermission The Tarnation of Russell Colvin presents a unique opportunity to learn more about the lives and entertainments of our ancestors, a tale children 8 and up can enjoy with their parents which will undoubtedly lead to some additional exploration of this fascinating region and its history

Next up Wadsworth will star with Christine Decker in The Velocity of Autumn by Eric Coble February 23-March 11 at Hubbard Hall.