REVIEW: “Camelot” at the Mac-Haydn Theatre 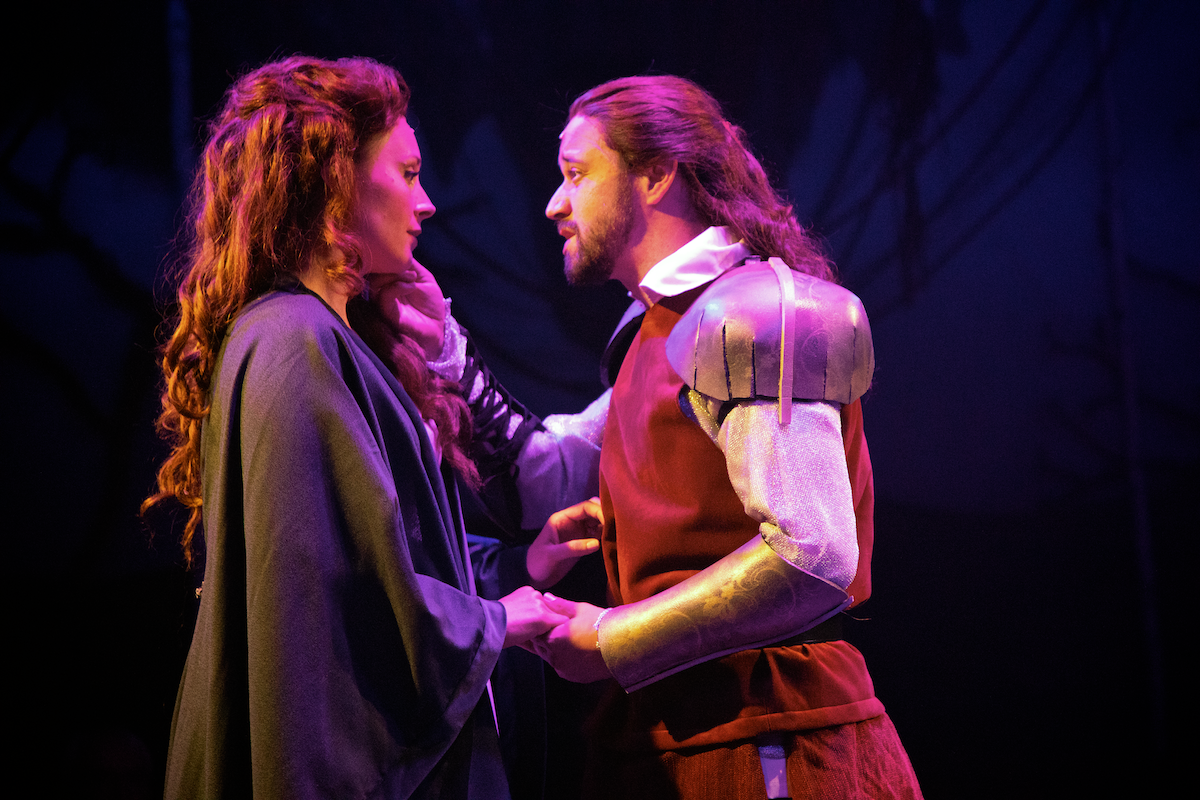 REVIEW: “Camelot” at the Mac-Haydn Theatre

There may be no American musical that comes close to the poignant resonance of Lerner and Lowe’s Camelot. A favorite play of President John F. Kennedy (who had been a classmate of Lerner’s at Harvard), the star-studded, award-winning show originally ran on Broadway from December 1960 through early January 1963. It was embraced as symbolic of the Kennedy presidency and became collectively idealized after the Kennedy assassination.

I seized the opportunity to review the Mac-Haydn’s production. Like so many Americans, I have a soft spot for “Camelot,” especially since I’d seen several productions during my ‘60s childhood, and I love the score to this day.

I’m happy to report that director James Benjamin Rodgers has assembled actors who are also superb singers, especially the lovely Madison Stratton (Guenevere), who has an exquisite voice, combined with a stage presence that is at once ethereal and feisty; to my thinking, she is perfectly cast. As Arthur, I didn’t recognize Gabe Belyeu, whom I’ve seen in a number of shows at this theater. That’s a high compliment. His Arthur was youthful, wistful, and charming. Nick Miller (Lancelot), with his warm, burnished, sonorous voice, delivered a glorious “If Ever I Would Leave You.”

How I wish that the direction and choreography had dovetailed with the performances. In other productions I’ve seen, Lancelot sings “If Ever I Would Leave You” while in bed with Guenevere, the two basking in passionate post-coital glow. In this production, Guinevere and Lancelot stood fully clothed, hardly touching each other, and there wasn’t a hint that the couple had a sexual relationship. For that song to propel the story, we need to feel a strong erotic charge between the lovers. The Mac-Haydn is a theater in the round, and I can certainly understand the challenges inherent in bringing furniture onstage. Sex doesn’t have to happen on a bed. Most of the scenes took place in a park or a forest, and these lovers easily could have been embracing on the ground.

Yet earlier in the play, when Guenevere serenaded us with “The Lusty Month of May,” the randy ensemble’s choreography found them in a supine circle on the stage, men straddling the women, and…there’s no other way to put this…humping them. The spirit of the song is more teasing than graphic, and it could have been delightful to see the couples engaging more playfully and suggestively.

Actor Dakota Dutcher played the roles of Merlyn and Pellinore. Dutcher is a fine-looking, talented young man. In what I experienced as an odd choice, he was a young, robust Merlin in a long beaded wig. Inexplicably, he had a standard American accent, unlike anyone else in the cast. Despite the reference to Merlin’s ability to become youthful, Merlin (to my knowledge) is always played as an elderly, white-bearded magician. This is essential for the audience to grasp the contrast between the boyish, impulsive Arthur and the older, wiser man. In this particular case, Arthur looked older. When Dutcher returned later to play Pellinore, he sported a gray wig and doddered appropriately, English accent and all. I can only guess that the director and the costume designer felt that, since the actor was playing two roles, they had to create an obvious contrast. They needn’t have. In fact, they shouldn’t have, because it cost the play one of its important archetypes, thereby blurring the plot. I have no doubt that Dutcher is fully capable of playing two very different old men.

While the folks at the Mac-Haydn are usually very good at choreographing large casts on the small, round stage, I found the choreography of Camelot not up to their usual standards. The stage often had a chaotic appearance when populated by more than a few members of the large cast. A rope swing hanging on one side of the theater could have been used for fun effect during “The Lusty Month of May,” but it was used throughout the show by various actors, making the movement predictable and extraneous. Similarly overemployed was a misting effect. It would have been eerily lovely during some of the forest scenes, especially when magical events with Morgan Le Fey (Emma Flynn) or evil doings by Arthur’s vengeful son Mordred (Gino Cardoni) were afoot, but the buckets of steam enveloping the set became meaningless very quickly.

Despite the aforementioned technical missteps, I believe that this show is worth a visit. It’s a rare treat to hear so many beautiful voices give new life to songs so many of us hold dear.