REVIEW: “What We May Be” at the Berkshire Theatre Group 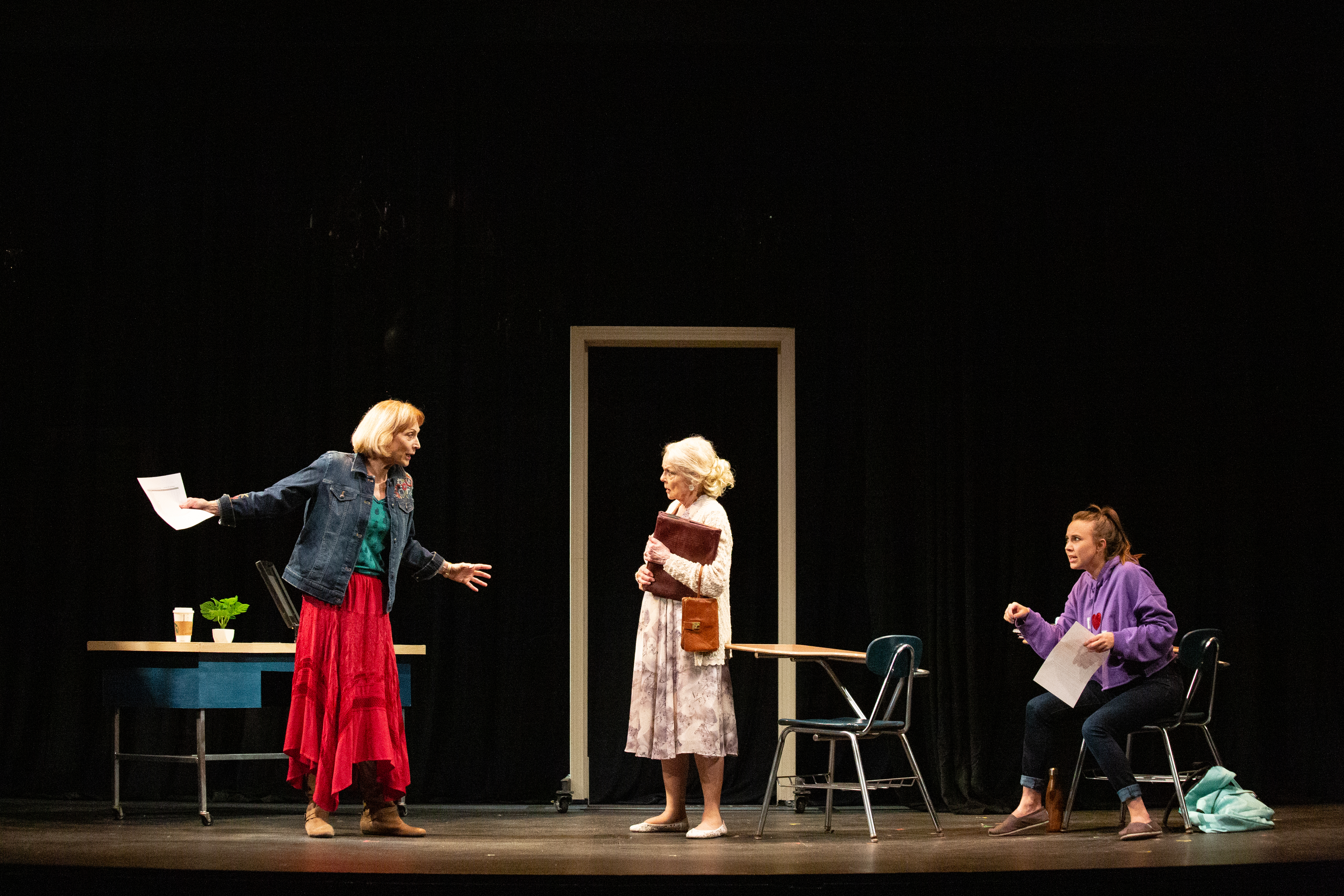 REVIEW: “What We May Be” at the Berkshire Theatre Group

The Berkshire Theatre Group’s world premiere production of Kathleen Clark’s What We May Be has a few problems, the major one being the script itself.  Clark, the author of the highly regarded Southern Comforts and Secrets of a Soccer Mom, has thrown together a script that is more superficial than fully realized.

A small community theatre in Hill, New Jersey, is celebrating its fiftieth anniversary but has been informed that their lease is not being renewed.  This particular evening they are presenting a series of four one-act plays for which the audience has voted.  The majority of What We May Be is those plays which are truly insubstantial.  Though there are backstage scenes interspersed we learn very little about any of the characters preventing the audience from developing a relationship with them.  All we know in passing is that Hal Polick (Count Stovall), one of the actors, is a cardiologist and that Glen Geer (Carson Elrod), president of the organization, lives alone.  We can tell through the ages of the cast members how long they have been involved in theatre.  That’s not enough.

The plays, one of which is “Let’s Live a Little,” a title of one of Ms. Clark’s full-length plays, the others being “Seeing is Believing,” “The Writer’s Conference,” and “Emma’s Journey,” are more skits or short sitcoms rather than full works, though within a 90-minute production you can’t develop 4 one-act plays; they could have more substance, however, if they were further explored.

The cast works hard though the acting sometimes seems to be labored rather than instinctive.  Each of them plays a theatre company member plus parts in the various plays.  Due to the relative brevity of each play the characters cannot be developed.  Penny Fuller as Lucinda Royal Scott is the self-appointed doyenne of the company who casts herself in each show.  She does yeoman work in her five roles with the assorted characterizations.  The other actors – Elrod, Stovall,  Carla Duren,  Samantha Hill and Dee Hoty also bring credibility to their respective portrayals.

Randall Parsons’ set reveals the backstage areas of the Fitzpatrick creating the environment for the offstage squabbles and ultimate camaraderie.  The four plays are suggested by several set pieces… tables, chairs, etc.   The lighting by Alan C. Edwards complements the tone of the plays and focuses attention on specific playing areas.  Laura Churba’s costumes are indicative of the various characters’ personalities.

Gregg Edelman’s direction works for the dialogue scenes but some of his staging, especially at the opening, is static and not balanced.  Though advertised as a comedy the hearty laughs are very few and very far between.  Perhaps his actors are trying too hard.  He, too, seems to be handicapped by the script.

Ms. Clark should give some consideration to expanding one or two of the playlets and retire the remaining script.