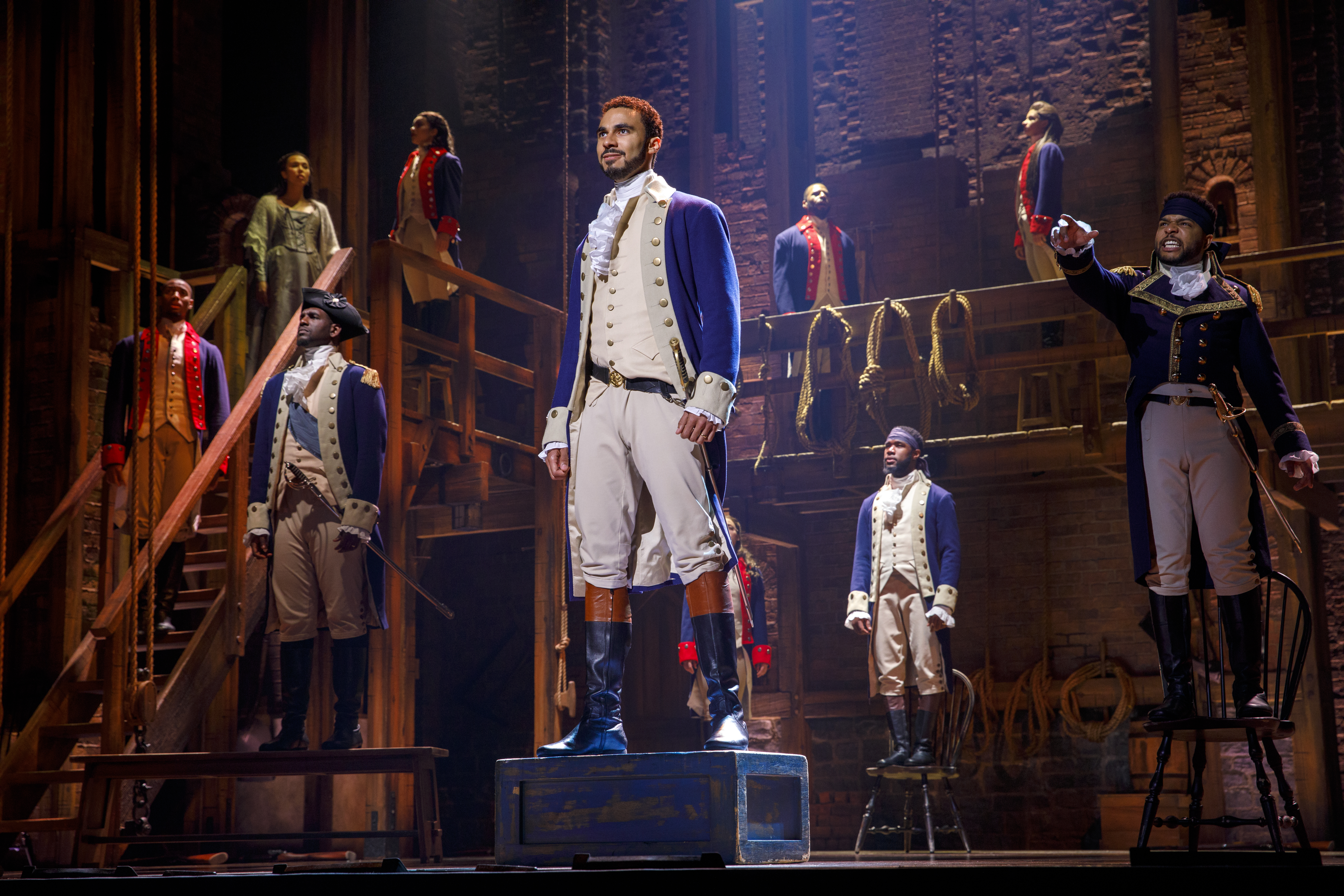 Information about the HAM4HAM Lottery

Yes: it’s every bit as good as you’ve heard.

There are many reasons why Hamilton has exceeded the ticket sales, awards, and critical acclaim of every previous Broadway show. It is unlike any musical that preceded it, combining a glorious mixture of music styles (hip hop, blues, soul, pop, jazz, and traditional show tunes). This narrative of the original immigrants to the U.S., our founding fathers and mothers, is played by a very contemporary American cast that is a glorious mixture of ethnicities, mostly non-white. Lin-Manuel Miranda has created a brilliantly sly commentary on today’s politics and racism by retelling America’s political history, the history of immigrants and outsiders.

The music is nonstop. There may be one or two spoken lines. The show is ruthlessly dynamic, moving through the story ever more quickly and thoroughly on designer David Korins’s grand, cavernous set with a revolving stage, within Howell Binkley’s dazzling light design. Andy Blankenbuehler’s choreography is as inventive and acrobatic as it is graceful, executed remarkably by the huge (and hugely talented) cast. Paul Tazewell’s costumes, authentically Colonial with an occasional soupcon of the surreal, are outstanding.

Visually and audibly electrifying as it is, I was caught unaware by Hamilton’s emotional impact. Alexander Hamilton (superbly played by understudy Alexander Ferguson at the performance reviewed), Eliza Hamilton (Hannah Cruz), Aaron Burr (Josh Tower), George Washington (Paul Oakley Stovall), Thomas Jefferson (Bryson Bruce, who also plays the Marquis de Lafayette), and King George (Peter Matthew Smith), among so many others, are fully realized characters, and while Hamilton is often hilarious, it is just as often heart-wrenching. While engaging us fully in the triumphs and tragedies in individual lives, Miranda manages to simultaneously make us think about what or who, exactly, shapes national history. “Who lives, who dies, who tells your story?”

I was a bit disappointed in the acoustics: the orchestra at times seemed too loud, making it difficult to hear some lyrics. I’m not technically savvy enough to understand exactly why this happened, although I have experienced this problem before with musicals at Proctors. Perhaps some of the instrumentals are recorded rather than live, challenging the relationship between singer and orchestra.  More’s the pity, because in my opinion, as remarkably good as the music is, Miranda’s way with words is phenomenal.

If it were possible, I’d seize the opportunity to see Hamilton again to try and catch the lyrics I missed, because yes, it’s every bit as good as you’ve heard.

Information about tickets to Hamilton

Information about the HAM4HAM Lottery