REVIEW: “Your Best One” at Capital Repertory Theatre 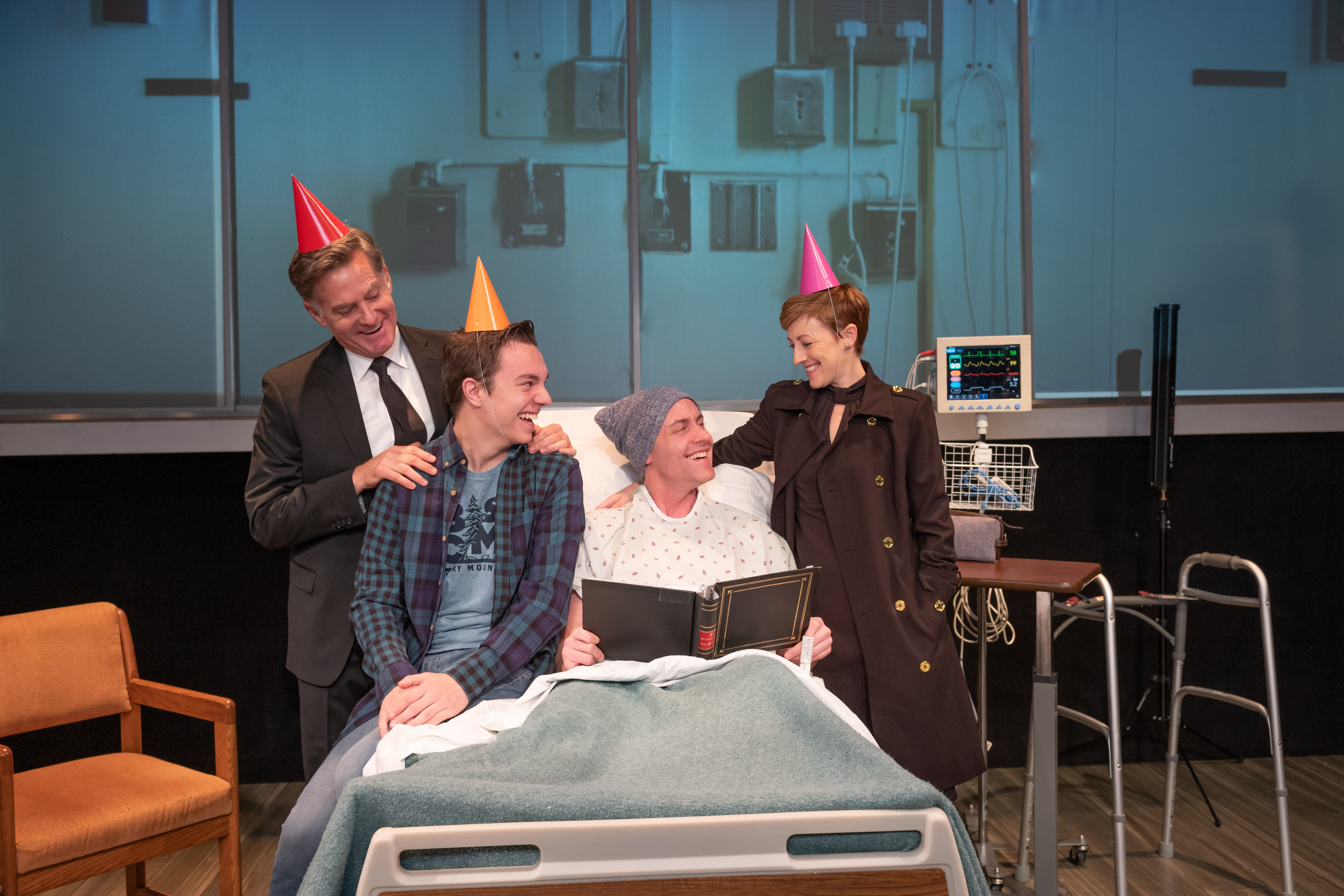 REVIEW: “Your Best One” at Capital Repertory Theatre

Of the many reasons I have a special fondness for Albany’s Capital Repertory Theatre, one is theRep’s commitment to promoting new plays by less-than-well-known playwrights. Through their Next Act! New Play Summit, playwrights submit their work blindly–that is, without their names on the script–to have their plays considered for selection by a team of theater professionals. The theater then hosts readings of the chosen plays.

Meridith Friedman was one of more than 500 playwrights who submitted their works for the 2017 Summit, and her play, Your Best One, became a favorite of the team, as well as the director, actors, and audience of the subsequent reading. Unlike most of the plays selected through this process, Your Best One is not a World Premiere (it was first produced in Chicago), but it is an East Coast Premiere.

Your Best One, the story of a contemporary family, each member gingerly navigating relationships through a tangle of all-too-human flaws, has a first-rate cast of five. David, (Michael McCorry Rose), the adoptive father of a rambunctious, sensitive teenager, Josh (Jake Goodman), has a surprise visit from his former partner Richard (James Lloyd Reynolds). Eight years earlier, Richard left the relationship just as he and David were preparing to adopt Josh. David went ahead with the adoption as a single parent.

Richard’s sister Laura (Kate Wetherhead) has maintained a Facebook friendship with David.Through her, Richard has learned that David is in the throes of a health crisis; hence, the surprise visit. Richard is a physician, well connected with medical specialists. Richard also has his hands full, taking care of his ailing, elderly father Oscar (Lenny Wolpe).

It is not difficult to imagine the various machinations when you consider the connections among the characters…the remorseful lover; the abandoned partner; the brash, confused teenager; and so on. Moreover, Laura is in the midst of a messy divorce and child-custody battle. An attorney as her father had been, she carries wounds created by his constant belittlement of her. As I watched this beautifully produced play, I found myself conflicted. I always enter a theater wanting to love what I see, but despite the fine work onstage, the plot felt familiar and formulaic. I was wincing at too many ill-fitting laugh lines and clumsy attempts at humor. For example, there is a scene where the family, most of whom are Jewish, decides to traditionally mourn the death of a loved one. Richard, we learn, has asked an unseen health-care aide to buy a Yahrzeit (memorial) candle and a supply of yarmulkes (skullcaps). Richard opens a large brown-paper bag and pulls out a tall, colorful saint candle, followed by a stack of cone-shaped birthday hats with elastic chin straps. Worse, the amused mourners gamely don the birthday hats and keep them on for the rest of the scene. What a distraction this was! Aside from the narrow-minded, cringeworthy implication that the caregiver was childlike or uneducated, I just couldn’t believe that the sophisticated family would have sent this unseen person on an errand for accoutrements needed for a sacred ceremony.

The cast rose above the material, each member creating a fully fleshed human being. Rose brought a finely tempered balance of loving kindness and harbored resentment to David. He has a charming presence. He briefly lost me when, during a hospital scene where he was quite ill, his energy and enunciation was at the same level as it had been previously. He was dressed, made up, and bedridden, so he looked unhealthy, but he didn’t succeed in conveying that.

Reynolds imbued Richard with a sharp intelligence and underlying regret, and his performance was solid and engaging. Goodman was delightful as Josh, a swaggering adolescent who’d learned to mask his insecurity, and Wolpe was entertaining and touching as the aged patriarch conflicted about clinging to reality.

Wetherhead’s Laura was outstanding, poignantly and genuinely anguished, with her distinctive, crackly voice, and her barely hidden desperation for love and acceptance.

Caite Hevner’s inventive two-tiered set smoothly transported us from scene to scene with projections on the wall of the upper tier, which would later slide open to reveal several different apartments. It was beautifully rendered, as was Rob Denton’s lighting design. The sound design by David Thomas, good as it often was, occasionally disrupted my attention. The volume of street noises was so low that at times I wondered whether the sounds were actually coming from outside the theater, but this should be a very fixable glitch. Alejo Vietti’s costumes were pitch perfect, never failing to enhance the authenticity of the characters.

It wasn’t until after I saw Your Best One and sat down to write this review that I learned of Meridith Friedman’s success. She is an established television writer based in Los Angeles. Though her intelligence shines through, for reasons I discussed earlier the play seems like a stereotypical television sitcom, which is a shame, because the characters have the potential to be so much more. When there is too much gimmickry and lines written just to get laughs, action is overridden by reaction, and characters become lost, as does the potential of a play to really engage an audience. It was rewarding, however, to observe this talented group of actors hit their stride.