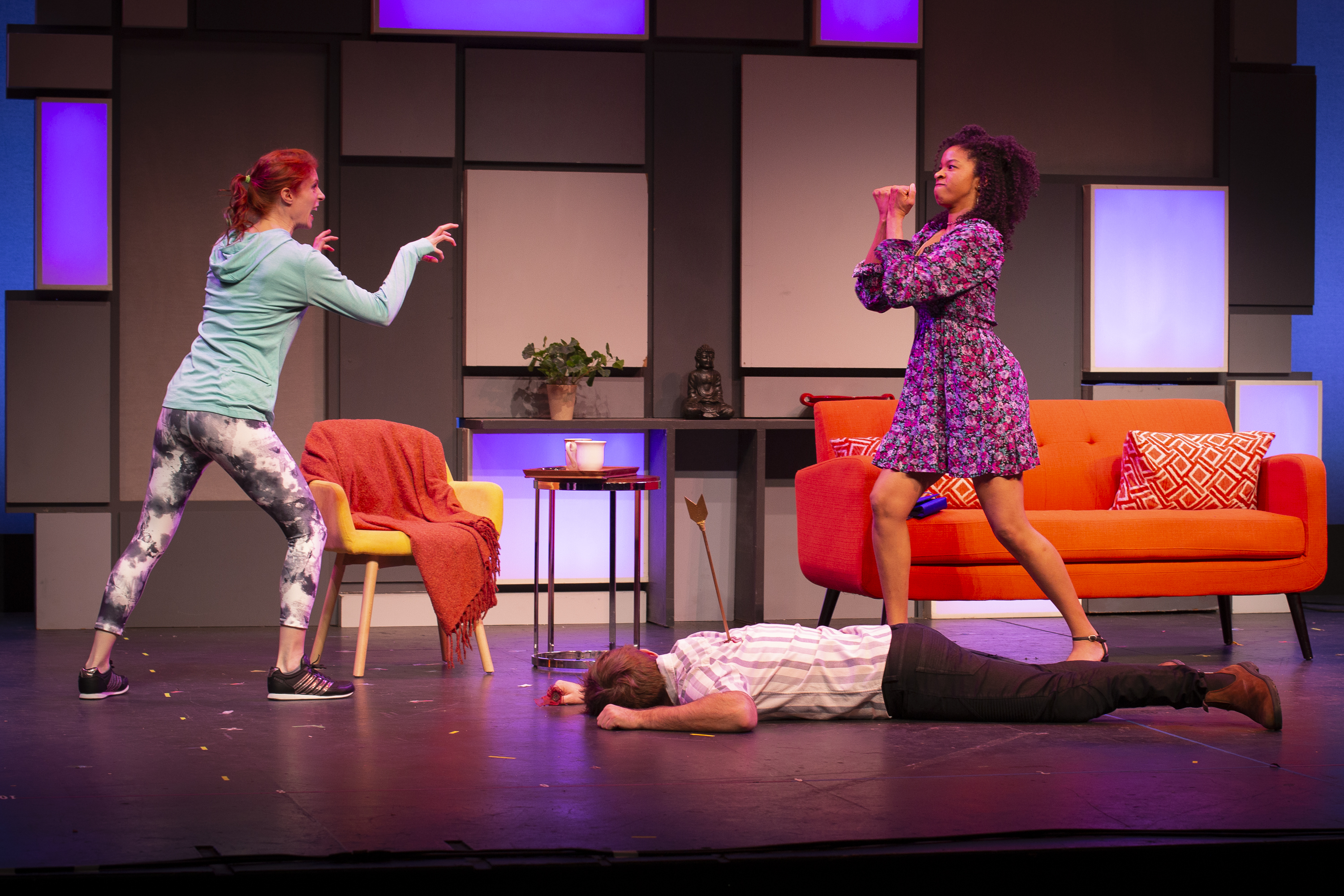 “Who knew when we started our 10×10 New Play Festival ten years ago that it would become one of our most popular events of the year?” said Artistic Director Julianne Boyd. “We started with two weeks of performances and as of last year, we ran our 10×10 Plays for one month in the middle of the winter. This year, we have the added challenge of filming the plays in an empty theatre and streaming them into our patrons’ homes.  While this is not the challenge we were looking for, we hope to reach an even larger audience than ever before!”

Directors for the 10X10 New Play Festival are BSC Artistic Director Julianne Boyd and returning for his fifth year, Matthew Penn (BSC’s Typhoid Mary). An Emmy-nominated director (Law & Order), Penn has been co-Artistic Director of the Berkshire Playwrights Lab for the last 13 seasons in Great Barrington and directed the Off Broadway play Mother of the Maid starring Glenn Close.

What will it take to keep the kids upstairs!? Being Santa’s Helper is harder than anticipated for these two parents.

Daphne and her Mother are at loggerheads concerning assisted living or a caregiver. When Daphne tries to solve the problem, she is surprised by her Mother’s attitude.

What could go wrong if Cupid shoots his arrow? Well… it turns out quite a lot.

When Martha and Owen both wind up on the same building ledge together, they find themselves talking about what brought them there.

After her name is cleared, Lizzie Borden goes looking for love.

One park bench, two people and a tiny hourglass might tell you a lot about the world.

When four teachers on a field trip are trapped in a rockfall, they find that their thoughts can affect their very chance of survival.

A Dateless Bargain with Engrossing Death

When the Messenger of Death comes to visit in the form of an old acquaintance from college, database administrator Bobby has to do some quick and computational thinking to stay alive.

Eleanor has got quite the present for Leonard on his 70th Birthday. But the fun only starts when the clock hits midnight.

It’s a miracle! Grandma’s out of the hospital and recovering after her stroke, but something’s amiss — grandpa’s stoned on pot brownies and won’t let anyone near her…

Tickets to the 10X10 New Play Festival are on sale now. For more information, call the Barrington Stage Box Office at 413-236-8888 or visit www.barringtonstageco.org.