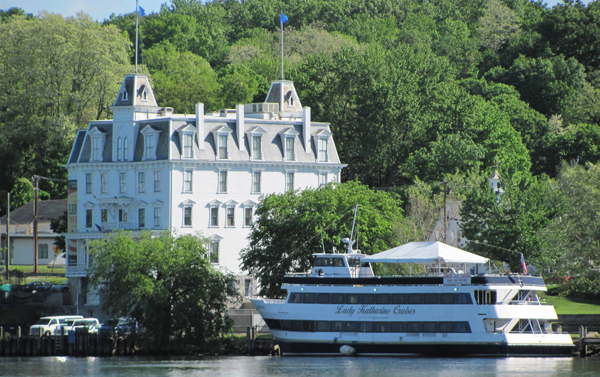 Goodspeed will welcome audiences back to the theater beginning September 24, 2021

NEW: The much anticipated return to The Goodspeed will featurean enchanting new production of the Rodgers & Hammerstein hit-filled A GRAND NIGHT FOR SINGING!

Excited about finally reopening The Goodspeed after 21 months of closure, Artistic Director Donna Lynn Hilton shared, “We’ve experienced a rollercoaster of fear, disappointment and gratitude since March of 2020. First and foremost, we are grateful to the first responders, front-line workers and medical personnel whose work has brought us to this moment.  We are thankful to finally share the good news that Goodspeed Musicals will reopen fully on September 24.  We cannot wait to welcome audiences to once again enjoy one-of-a-kind live musical theatre in our iconic home.”

Regarding the change in productions, Hilton added, “We must restart thoughtfully and ramp up slowly to ensure that Goodspeed remains secure for the long-term. With that reality forefront in our minds, we have made the difficult decision to re-open our beloved theatre with A Grand Night for Singing instead of South Pacific.  South Pacific is one of the largest musicals that a theatre can undertake and it had become overwhelmingly clear that it is simply too big of a show for us to produce in this particular moment.”

“Goodspeed is thrilled to welcome audiences back to the theater to enjoy A Grand Night for Singing!” said Managing Director David B. Byrd. “It is the perfect choice for Goodspeed in this moment,” he shared. “It’s a stylish, thoughtful reimagining of tunes from all of the Rodgers & Hammerstein shows we know by heart.” Byrd continued, “Plus its more modest size will enable us to continue to practice generally-accepted safety protocols developed with our union partners and outside experts.” Additional details about the return to indoor productions will be available soon.

Many of the most uplifting, and romantic songs in musical theatre history have one thing in common: the incomparable writing team of Richard Rodgers and Oscar Hammerstein II. A Grand Night For Singing celebrates over 30 hit songs from all their musical treasures like Oklahoma!, South Pacific, The Sound of Music, Carousel, The King and I, Cinderellaand more. You’ll be tapping your toes and humming along in a joyful evening filled with fresh takes on the music you love. It’s “Something Wonderful” for everyone including your “Honey Bun” or your “Wonderful Guy” and the perfect welcome home to Goodspeed!

Featuring artful arrangements and clever interpretations A Grand Night for Singing is a lighthearted and lively revue that seems tailor-made for Goodspeed. With Music by Richard Rodgers, lyrics by Oscar Hammerstein II and directed by Goodspeed audience favorite, Rob Ruggiero (Carousel, Show Boat, Fiddler on the Roof) this magical evening is sure to have audiences on their feet and applauding for more!

A Grand Night for Singing will be sponsored by Community Health Center, The Shops at Mohegan Sun, Robinson+Cole, and Eversource. Goodspeed gratefully acknowledges the support of United Airlines, the official airline of Goodspeed Musicals; the official audio sponsor Sennheiser; and official auto sponsor Hoffman Audi. The organization is supported in part by the National Endowment for the Arts and the Connecticut Department of Economic and Community Development, Office of the Arts.

Goodspeed Musicals has achieved international acclaim and is the first theatre in the nation to receive two Tony Awards for outstanding achievement in musical theatre. Under the leadership of Donna Lynn Hilton, Artistic Director and David B. Byrd, Managing Director, Goodspeed Musicals is dedicated to the celebration, development and advancement of musical theatre. Goodspeed creates powerful, world-class productions of enlightening new and established works to entertain and inspire audiences. From Goodspeed, 21 musicals have gone to Broadway (including Man of La Mancha, Annie and Holiday Inn) and more than 90 new musicals have been launched.  Goodspeed’s Festival of New Musicals and the Johnny Mercer Writers Grove are distinguished cornerstones of the organization that highlight its commitment to nurture the talents of new and established artists and support the creative process. Goodspeed also maintains The Scherer Library of Musical Theatre and The Max Showalter Center for Education in Musical Theatre. Goodspeed gratefully acknowledges the support of United Airlines, the official airline of Goodspeed Musicals; the official audio sponsor Sennheiser; and official auto sponsor Hoffman Audi. The organization is supported in part by the National Endowment for the Arts and the Connecticut Department of Economic and Community Development, Office of the Arts.