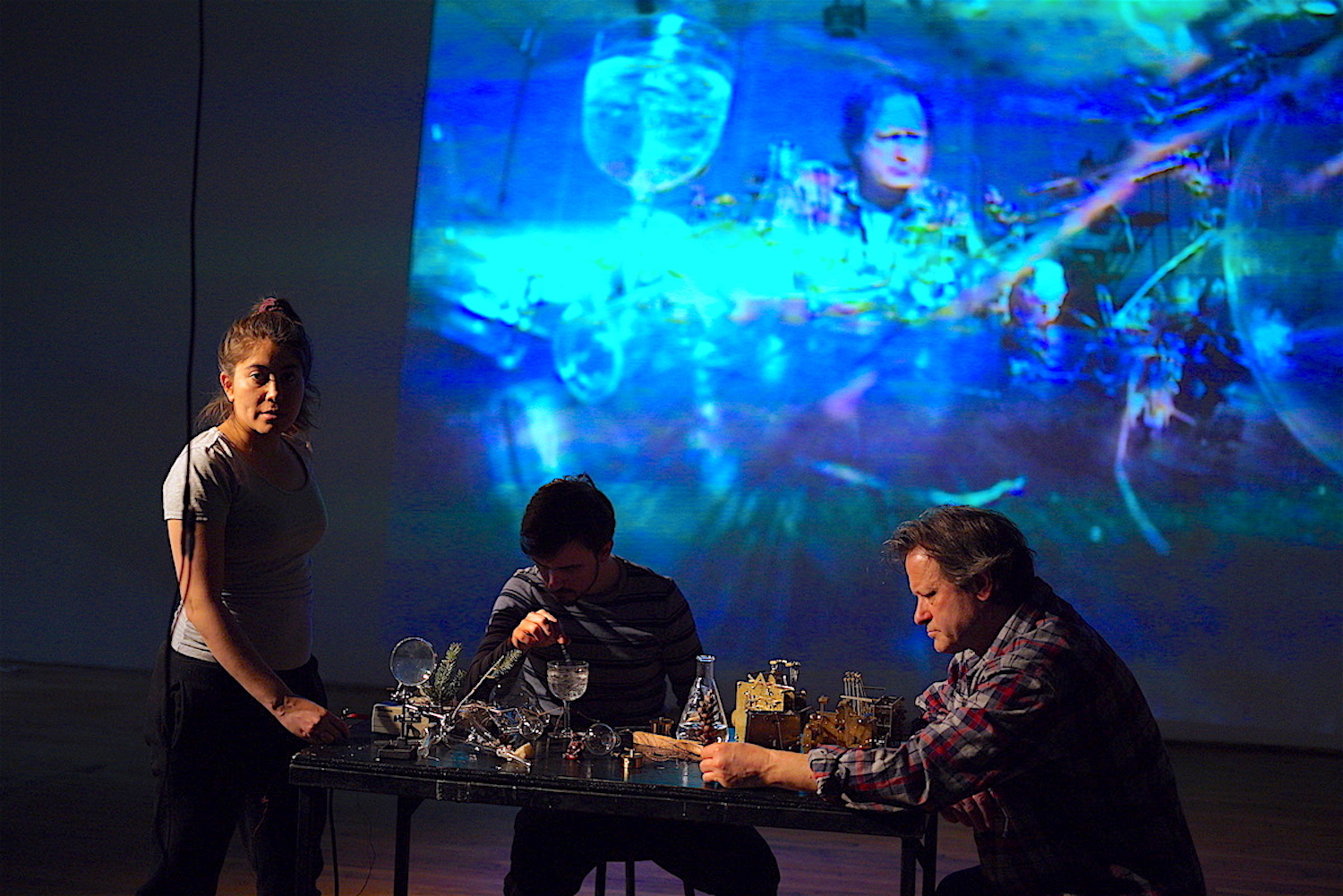 The Ko Festival of Performance’s 30th season will feature three different productions centering the themes of Justice, Environmental Safety and Climate Change, plus two different weekend workshops.  With Amherst College’s COVID-driven cancellation of all outside summer programs, the Ko Festival will be presenting the bulk of its season online, however one collaboration with Serious Play Ensemble Theatre will also have an option for live attendance.

Says KoFest Artistic Director, Sabrina Hamilton, “the silver lining to the hybrid season is that our work is now much more accessible – all online performances are being captioned, and now issues with physical access and transportation have vanished.” Hamilton also says that they are creating digital versions of the co-programming that enriches the experience of attending a Ko Festival performance.  “We will have an online version of our lobby displays with materials that help contextualize the shows. We frequently get asked for reading lists by audience members seeking to learn more about the events and issues raised in our productions, so now these will be available to attendees.”  Live post-show discussions with the creative teams and guest panelists will be hosted by Trenda Loftin, with viewers able to ask questions or comment via the chat.

PERFORMANCES
Opening the season as a video-on-demand through July 4th, Deletta Gillespie’s “The Magic City Massacre,” is an edited and enhanced reprise of Ko’s 2020 Juneteenth event about the 1921 Tulsa Race Massacre. Situated in the fictional “Museum of Conveniently Forgotten History,” the play tells the story of one of the most prosperous Black communities on the United States, and how Tulsa came to be the site of the worst incidence of civil unrest second only to the Civil War. The post-show discussion panel includes Daryl Davis, noted for his work convincing Klansmen to leave and denounce the KKK.

Tickets are $30 Patron Price, $19 Standard price, $10 Discount Price, with a pay-what-you-can option and are available at kofest.com

Ko is teaming up with Serious Play Theatre Ensemble for the live and the digital premieres of “Moving Water,” a devised, multi-media physical theater piece centering on climate change, the global water crisis, and our human relationship to water. Written by Eric Henry Sanders, directed by Sheryl Stoodley, composed by Jonny Rodgers, designed by Robin Doty and Sabrina Hamilton and featuring performers Ximena Salmerón, Will Swyers and Kermit Dunkelberg, the piece is the product of a two-year ensemble devising and development process.

Live performances are Thursday through Saturday, July 22-24 at 8pm and Sunday, July 25 at 4pm in the new Workroom Space APE @ Hawley at 33 Hawley St. in Northampton, MA.
The audience size is limited and advance ticket purchase is required. There will be a live conversation with the ensemble after the Sunday performance.

Northampton Open Media will be taping the live performance, which will be edited and captioned for online viewing Friday and Saturday, July 30 and 31 at 8pm and Sunday, August 1 at 4pm. Trenda Loftin will moderate real-time post-show discussions with the team and guest experts with audience participation via Vimeo’s chat function.

The performance season concludes with the premiere of HAWAII FIVE-G: Canary in the Goldmine, a production made specifically for online viewing by and with Jonathan Mirin of Piti Theatre Company. With a partner sickened by electro-hypersensitivity (a.k.a. “microwave sickness”), Mirin has become part of a landmark suit against the FCC, but instead of an earnest public health lecture, Mirin has raided his son’s Lego stash to make us an eco-justice mockumentary that he says is “like theatre…but flatter.”

The production will be shown on Friday and Saturday, August 6and 7 at 8pm and Sunday, August 8 at 4pm. Trenda Loftin will moderate real-time post-show discussions with the team and guest experts with audience participation via Vimeo’s chat function. Tickets for both of these shows are $30 Patron Price, $20 Standard Price and $10 Discount Price. Further information and tickets are available at kofest.com

Just four places remain in “Transforming Your Writing by Resting Your Mind,” a contemplative practice and writing workshop that will be held online, Saturday and Sunday, July 10 and 11 from 1-4pm.  Says instructor, Juanita Rockwell, “whether we write for our own pleasure or for others, to be read on the page or to be spoken aloud, we want our writing to reflect our experience of the world. But our habitual thinking and the ways we tell these stories become a kind of spell of doing, of busy-ness. What might happen if we can rest in the stillness, silence and spaciousness of our Being?” Contemplative practices taught in the workshop are drawn from Tibetan Bön Buddhist tradition.

She will also be offering an opportunity to deepen the work begun in the July 10-11 workshop the following weekend, July 17-18, also from 1-4pm. This small-group level workshop is called “Transforming Your Writing by Clearing Your Mind.” Held via Zoom, Patron Price for these workshops is $199, Standard Price is $125, and Discounted Price is $94. For further workshop information and registration visit kofest.com