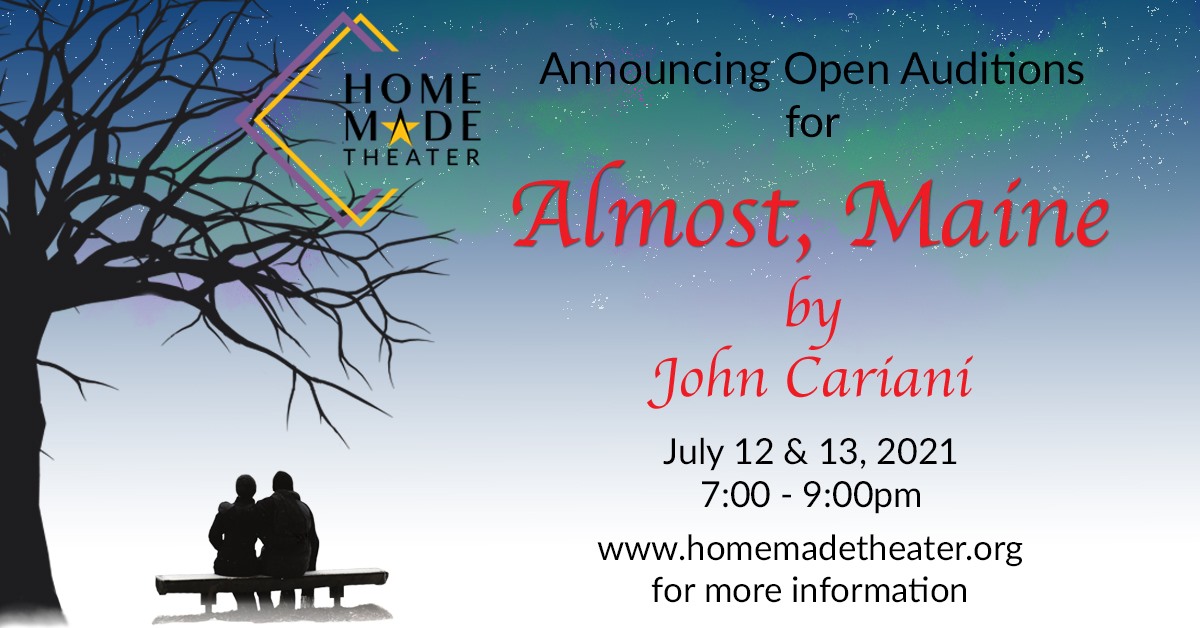 Home Made Theater announces open auditions for their September/October production of Almost, Maine, written by John Cariani, and directed by Michael McDermott.

The cast consists of two women and two men, ages 20-60. Actors play multiple parts. Depending on audition numbers, a third couple may be added. All ethnicities and gender identities are encouraged to attend.