Ko Fest Continues with Piti Theatre’s “Hawaii Five-G: Canary in the Gold Mine” 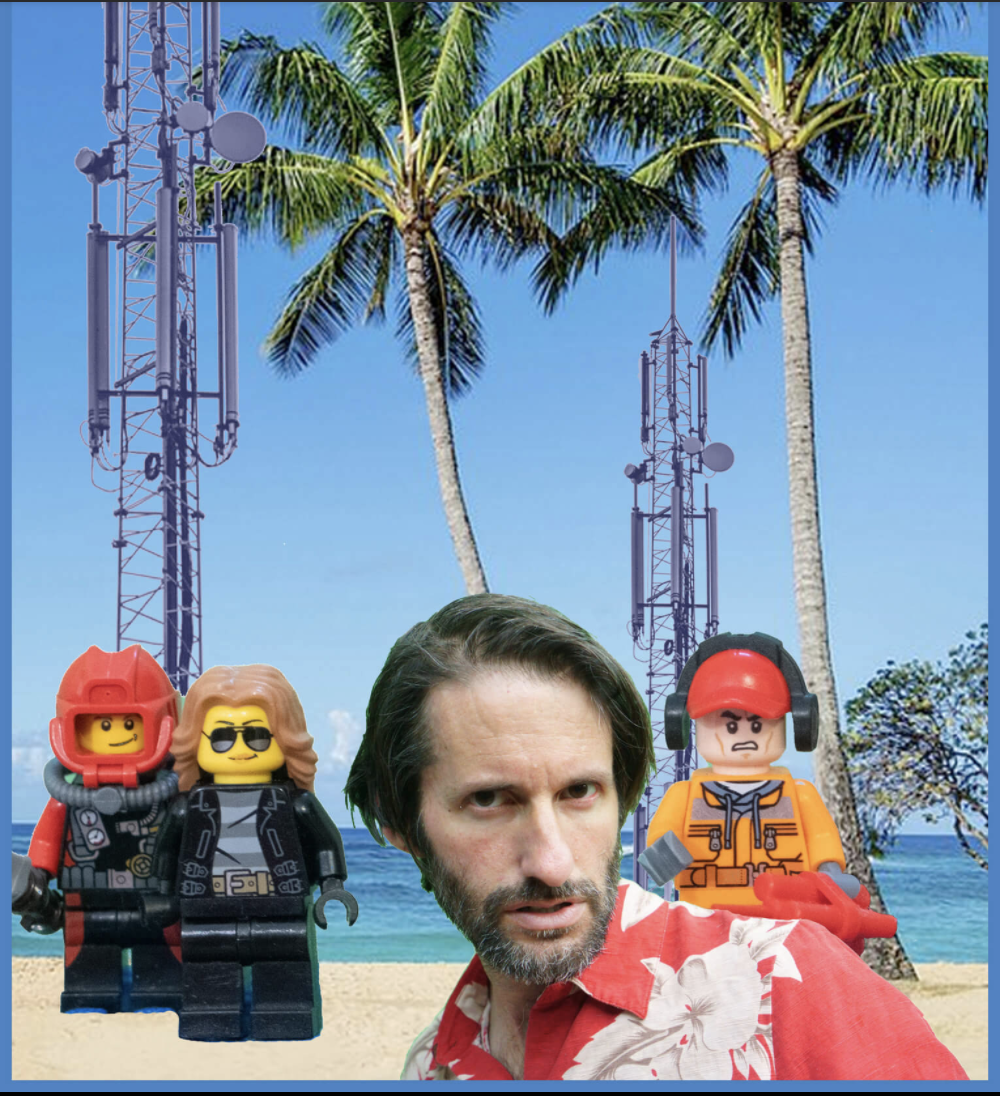 Ko Fest Continues with Piti Theatre’s “Hawaii Five-G: Canary in the Gold Mine”

After a sold-out live run of MOVING WATER, the Ko Festival’s 30th “Justice, Environmental Safety and Climate Change” season concludes with the premiere of HAWAII FIVE-G: Canary in the Gold Mine. The production is made specifically for online viewing by and with Jonathan Mirin of Piti Theatre Company. With a partner sickened by electro-hypersensitivity (EHS, a.k.a. “microwave sickness”), Mirin has felt himself compelled to become a public health advocate, activist, and a petitioner in a landmark suit against the FCC.

Desperate to make theatre during the pandemic, Mirin raids his son’s Lego stash and creates a series of appropriately tiny “Hawaii Five-O” sets for his parody of the hit 70’s crime series: an eco-justice drama he calls “Hawaii Five-G.” In his manic imagination, the pandemic Lego drama goes viral, bringing nations together to re-imagine a future where even Monsanto re-structures as a non-profit — begging the question “When faced with impossible odds, can humor, love, and pieces of interlocking plastic prevent catastrophe?”

Ko Artistic Director Sabrina Hamilton says, “At first I was worried that this might be an earnest public health lecture, but I’ve been watching the daily footage, and it’s really entertaining, with wonderfully inventive camera work. The result should be a fun and compelling dive into the opposing forces of corporate profit vs. public safety, an eco-justice mockumentary that Mirin says is “just like theatre…only flatter.”

The production will be shown online on Friday and Saturday, August 6and 7 at 8pm and Sunday, August 8 at 4pm. Trenda Loftin (on Friday and Saturday) and Sabrina Hamilton (on Sunday) will host real-time post-show discussions with the creative team and guest experts. Viewing audience members will be able to ask questions or comment via Vimeo’s chat function. The production will have an online version of Ko’s lobby displays with readings, images, weblinks and materials that enrich the audience experience. Tickets are $30 Patron Price, $20 Standard Price and $10 Discount Price. Further information and tickets are available at kofest.com.