REVIEW: “A Doll’s House, Part 2” at the Living Room Theatre 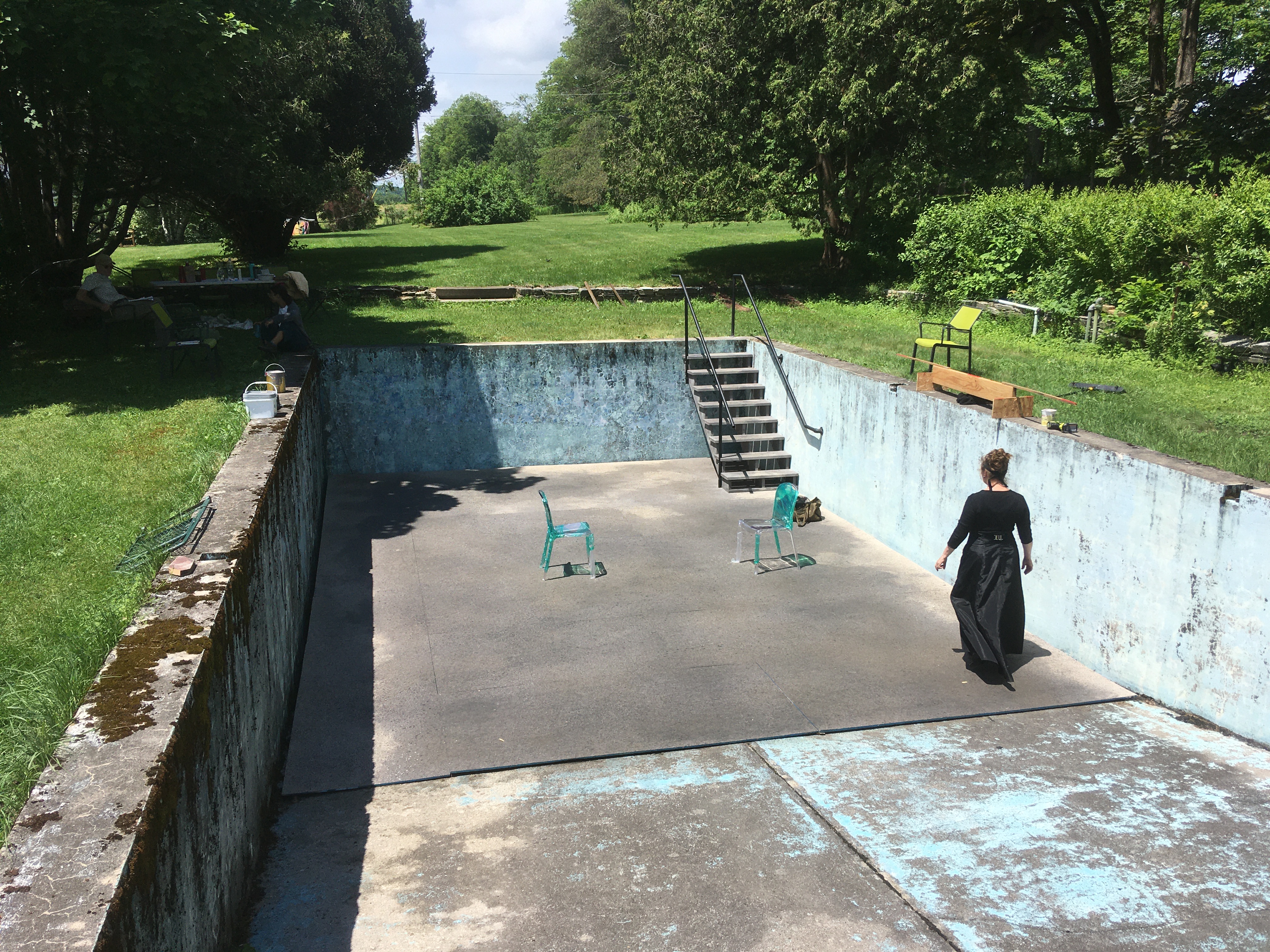 REVIEW: “A Doll’s House, Part 2” at the Living Room Theatre

Henrick Ibsen’s A Doll’s House famously ends with the sound of a slamming door. This caused a great ruckus in 1879. Nora Helmer, who apparently lives an ideal married life in a beautiful home with a nanny to look after her two children, a passel of servants, and a husband who pampers her, is on the other side of that door, leaving the life she knows. Having arrived at the realization that she and her husband, Torvald, have never had a serious conversation; that he and others around her have infantilized her, treating her like a “doll”; that her relationship with her husband was riddled with miscommunication and founded on fantasy, she considers suicide, but courageously, scandalously finds a better way out on the other side of the door.

Long after the international uproar that greeted A Doll’s House, the play became firmly established as a groundbreaking piece of dramatic literature, and to this day remains one of the most frequently produced plays in the world.

One can only wonder what would become of a well-appointed 19th Century Norwegian housewife who makes such a radical decision. In 2017, Playwright Lucas Hnath wittily speculated about the aftermath of Nora’s departure in his award-winning play, A Doll’s House, Part 2, which opens with a knock at the door of the Helmer household 15 years later.

The Living Room Theatre, an engaging troupe in North Bennington, Vermont, whose stated mission  is to “…re-energize the intimate relationship between actors and audiences by presenting new and classic plays set in real environments…” has created a bang-up production of this sly and clever play.

The “real environment,” in this case, is an outdoor swimming pool. A row of seats surrounded the pool, which itself is completely unadorned, and has as a set a couple of lucite chairs. That the original play opens in a finely appointed home decorated for Christmas makes the plain built-in swimming pool a clever statement that Part 2 is not about baubles and elegant distractions. We are here to watch and listen.

As the nanny Anne Marie, Janis Young delivers an exceptionally funny, quirky performance.  Randolyn Zinn as the transformed Nora is acerbic and self-assured. Initially, I had some reservation about accepting Nora’s transformation, but Zinn won me over as she described her hard-won experience of thriving on her own. She has returned for a specific reason, one last remnant of her days as a dependent, unquestioning wife has yet to be settled, and her frustration is unmistakable. At times I longed for more shading and nuance from her–this is a very talky play–but her sincerity was spot on.

Allen McCullough’s Torvald, hurt, angry, confused, offers a gratifying melange of responses, physical and verbal, to the sudden appearance of his wife. He creates a complex human being who isn’t the bad guy, really. He is as much a victim of 19th Century propriety as Nora. As their daughter, Emmy, Gaia Visnar provides a composed, coolly poised young woman whose firm decision to enter a conventional marriage may be a gut-punch to her mother, but she leaves no doubt that she has made her own decision.

Director Kirk Jackson manages to choreograph his cast at a pace where all of the characters’ relationships remain clear even as some of these relationships shift, ever so slightly. The juxtaposition of these 19th Century Norwegians elegantly facing off conveys as much information as the dialogue. As Jackson states in his Director’s Note, ” …in Ibsen’s play it takes several acts for the characters to finally slough off convention and allow themselves to debate their points; here, they are all debate, and you may well find yourself swayed first by one person’s argument and then another. Ultimately, it’s a play about hearing those arguments…”

The folks at Living Room Theatre thoughtfully provided an umbrella on each audience member’s chair, and shortly before the play began, so did a light rain. Unfortunately, the rain progressively became impossible to ignore, and about 15 minutes into the play, we were instructed to follow the actors to a building elsewhere on the property, where the play would resume inside. Outdoor theater is, of course, at the mercy of the vagaries of weather. I commend Living Room Theatre for having a plan in place. I also have tremendous respect for the actors, who picked up where they left off without a hitch. The Park-McCullough Historic Governor’s Mansion, home of the Living Room Theatre, has a beautiful campus that seems to stretch for miles, and if weather permits, I would urge you to allow time to walk the grounds before or after you see the show.

Tickets $30. Enter the Park-MckCullough parking Lot where you will be directed to the performance site. Seating is very limited. Please call for tickets. Reservations phone:  802-442-5322 Email: info@lrtvt.org http://www.lrtvt.org/