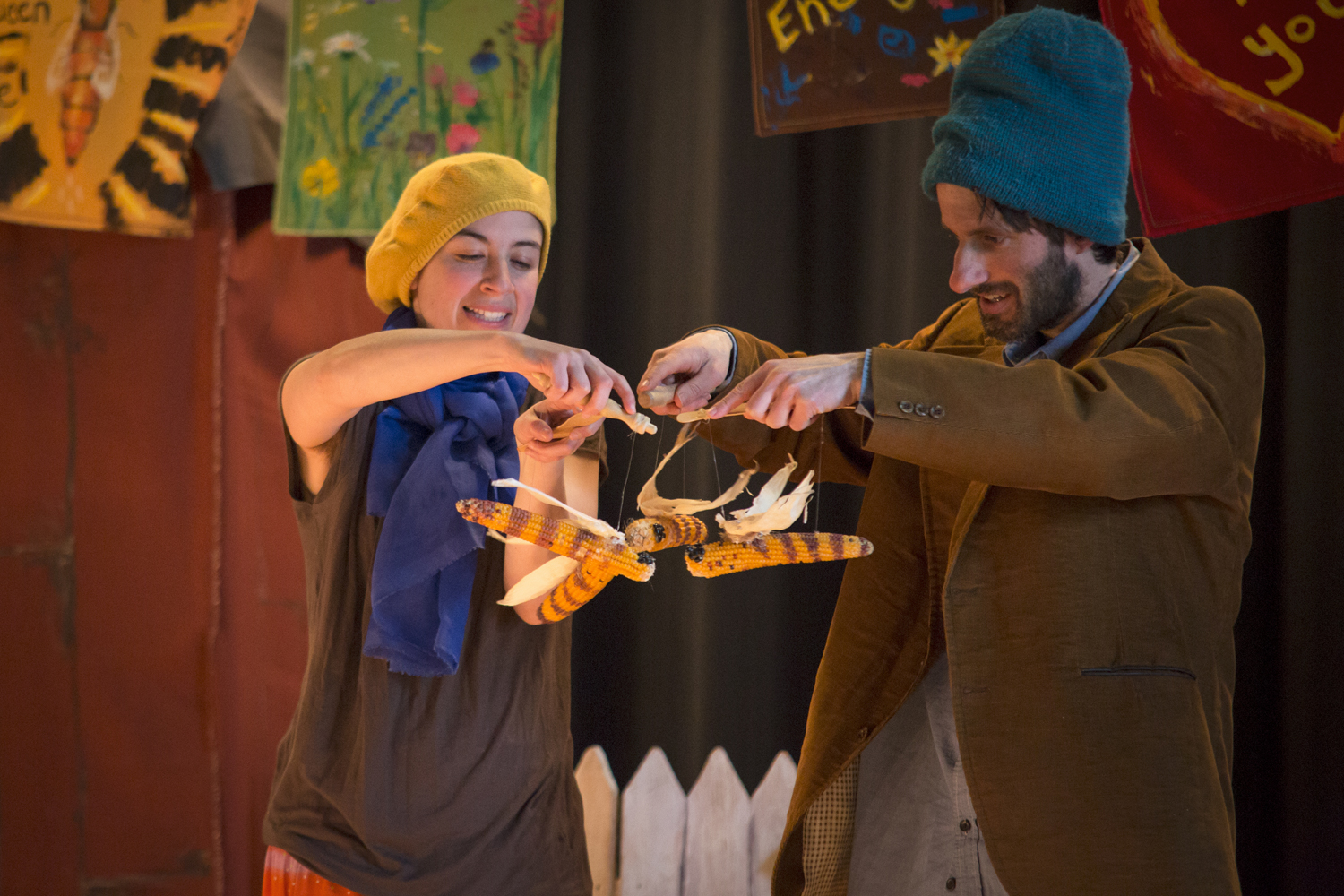 A pollinator fable for the whole family

Piti Theatre (based in Shelburne Falls, MA)  has pivoted to a streaming distribution model for both it’s popular “To Bee or Not To Bee” piece about pollinator disappearance colony, which is currently streaming as part of the Toronto Fringe Festival; and their new work “Hawaii 5-G: Canary in the Gold Mine” which will premiere on November 12, 13 and 14 as part of the 2021 Ko Festival of Performance (based in Amherst MA) which will be featured in a follow up interview this fall.

Artistic Director Jonathan Mirin took the time to speak with Gail Burns of Berkshire on Stage about “To Bee”:

GAIL BURNS: “To Bee…” has been in your repertoire for quite some time as a live theatre piece. What prompted you to create a digital version?

JONATHAN MIRIN: I have been making new work since 1998 and Piti started in 2004. We love theatre, but there are also many films that have stuck with me over the years, so I saw this as an opportunity to expand my skill set.

“To Bee…” has toured in English and in French (which is the native language of Mirin’s Swiss-born wife and production partner, Godeliève Richard) since 2012 so it is very familiar. We’ve performed it where families arrive at the theatre and participate spontaneously as well as in a week long residency format with 100+ students performing with us – and many variations in-between which has kept it fresh and interesting.

The truth is that we could tour “To Bee…” every week all year long and still not reach all the people we want to reach. People and pollinators continue to suffer from pesticides. This digital version helps us reach a much wider audience without the environmental impact of touring. Parents usually just hear about a school show, they don’t have the time or ability to take off from work to see it, but now they can watch together as a family in the evening and talk about what they’ve seen.

We have a video of the stage version, but this was much more complex.  We used four cameras, a sound technician, green screen effects and addressed children at home through the camera as opposed to the audience. The result is a blend of event capture and filmmaking. Piti has a Youth Troupe for children ages 8-12 and some of them appear with us in “To Bee…”

GB: Piti shows all tackle important issues. How and why do you choose your material?

JM: Piti means “joy” or “rapture” in Pali, a language from ancient India, which sheds some light on how we approach activism in our storytelling. The mission statement we have come to is: “accelerating local transformation towards joy, sustainability and justice.” Even when the themes are challenging we try to convey the narrative with humor, compassion, and to create a sense of safety for the audience. We like helping audiences think about their own stories and formulate their own questions.

And we want to support the non-profits and others who are already  working in a particular town or region on this issue everyday. There are processes that support pollinators underway all over and our work ideally gives them a little lift. We like to partner with local stakeholders by creating “Bee Weeks” to focus additional media attention and public support.

GB: I look forward to speaking with you about HAWAII FIVE-G: Canary in the Gold Mine in September. In the meantime, where can people go to learn about these shows?

JM: “To Bee” can be seen on-demand through the Toronto Fringe Festival until August 15 at fringetoronto.com as part of KidsFest.

We also have some in-person Western MA public and school shows coming up this fall. We will be at the Springfield Public Library East Forest Park Branch on August 28 at 11 am. And there is a special show on some conserved land in Westhampton presented by the Kestrel Land Trust on Saturday, September 11th in the afternoon. We have a team of volunteers who will be helping carry the set through the forest to the performance area and the show will be done with no electricity and a small audience. People will be able to reserve tickets for that in a couple of weeks at kestreltrust.org. The show is being made possible by the Westhampton Cultural Council. In October the virtual and in-person versions are being presented in Maine in collaboration with the Friends of Merrymeeting Bay and local schools thanks to support from the New England Foundation for the Arts.

If people enjoy “To Bee” I also just want to point them towards Piti Theatre’s Composer-in-residence Carrie Ferguson who co-wrote and performs the songs. She has a new album for all ages called “The Grumpy Time Club” and we actually incorporated a couple of tracks from that album in a short movie our Youth Troupe created about dinosaurs and emerging fascism called “The Mayor of Greenpants.” Lastly, big thanks to the Berkshire Film and Media Collaborative for their support of the virtual “To Bee” through their Community Film Fund.

People can learn about (and reserve tickets for!) the November premiere of HAWAII FIVE-G at kofest.com.