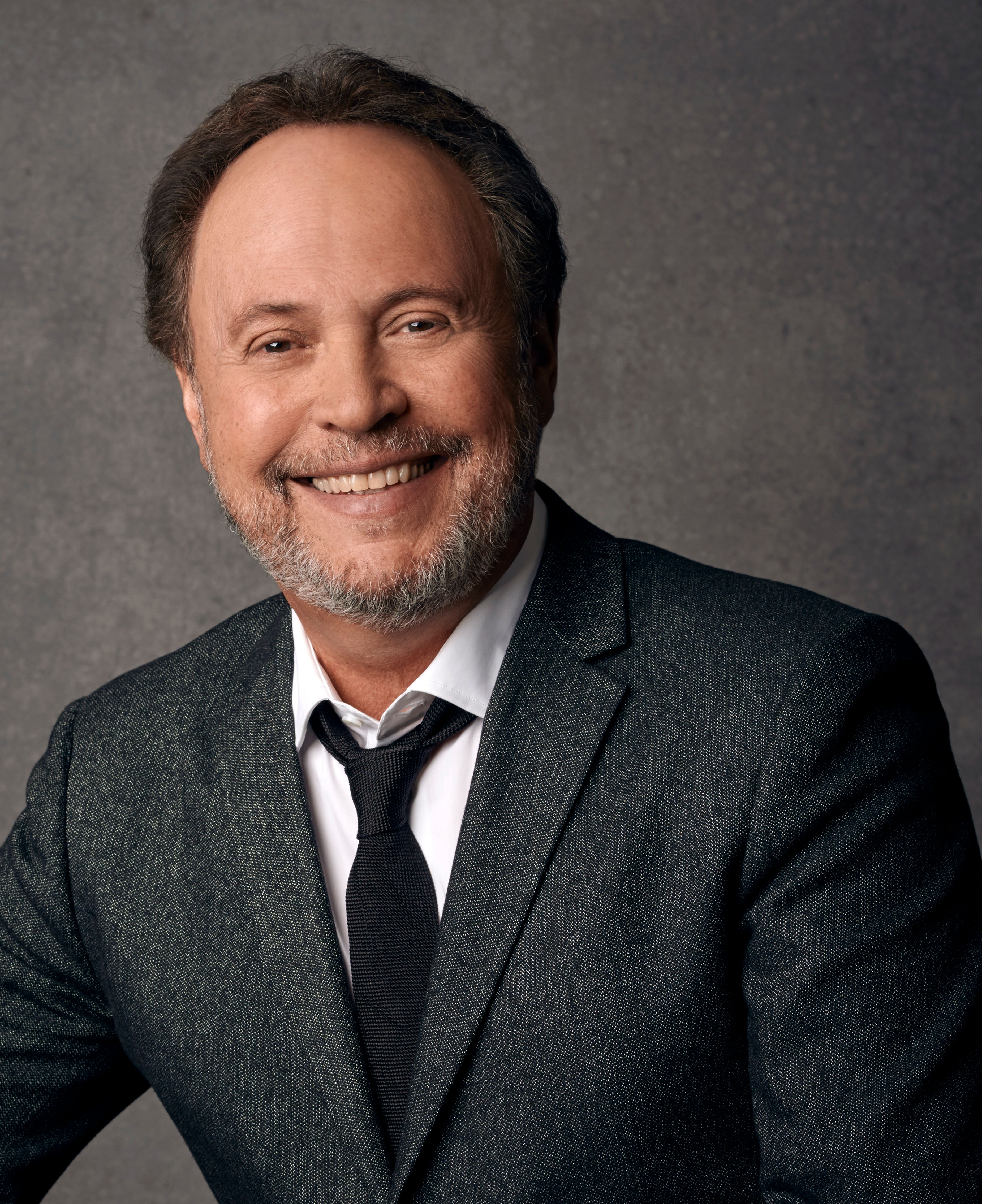 (Pittsfield, MA – September 22, 2021) – Barrington Stage Company (BSC), under the leadership of Founder/Artistic Director Julianne Boyd, is pleased to welcome Tony and Emmy Award winner Billy Crystal in a presentation of a new musical in development, Mr. Saturday Night, on the Boyd-Quinson Stage (30 Union Street) for nine performances only, October 22-24 and October 26-30. Box office at BSC opens today at 10:00 AM.

A new musical comedy, Mr. Saturday Night is about one man’s meteoric rise to the middle. The musical is a work in development and will be presented with minimal set and costume pieces.

“Billy Crystal starring in a presentation of a new musical – who could resist?” commented Ms. Boyd. “We are thrilled to present a first look into this exciting new musical in development and welcome the sensational Billy Crystal to our stage. I know our audiences will be delighted to be the first in the country to experience Mr. Saturday Night.”

Mr. Crystal returns to the role of stand-up comedian ‘Buddy Young Jr.’ that he played in the original 1992 Columbia Pictures film of the same name, which also marked his directorial debut. He co-wrote the screenplay with Lowell Ganz and Babaloo Mandel who have been writing together for over 40 years on such films as Splash, Parenthood and City Slickers. Crystal, Ganz and Mandel have written the book for the new musical.

Based on the Castle Rock Entertainment motion picture, Mr. Saturday Night, written by Lowell Ganz and Babaloo Mandel and based on a concept by Billy Crystal. By special arrangement with Warner Bros. Theatre Ventures.

As a proud partner of Mr. Saturday Night at Barrington Stage Company, American Express® Card Members have access to four exclusive Card Members Performances scheduled from Tuesday, October 26 to Friday, October 29 beginning Wednesday, September 22 at 10:00 AM (EDT) at BarringtonStageCo.org.  These exclusive performances will each include a post-show event with the authors and creative team.

Billy Crystal (Buddy Young Jr./Book)is a Tonyand Emmy Award-winning comedian, actor, producer, writer and director.  He is known around the world as the star of such feature films as When Harry Met Sally…, City Slickers and

Analyze This; as a cast member of NBC’s “Saturday Night Live”; and the acclaimed nine-time host of the Academy Awards®. Crystal has hosted the GRAMMY® Awards three times and earned five Emmys for his work as host, writer and producer on both shows. Billy won his sixth Emmy for the HBO Comedy Special “Midnight Train to Moscow.” Crystal was the 2007 recipient of the Mark Twain Prize for American Humor and is a NY Times best-selling author of five books. In 2004, Crystal made his Broadway debut with the original production of his one-man show 700 Sundays, for which he won a Tony Award. The Broadway production was released as an HBO special, garnering four Emmy nominations. Crystal’s latest work includes the friendship comedy Standing Up, Falling Down opposite Ben Schwartz, as well as Here Today which Crystal directed, produced, and stars in opposite Tiffany Haddish.

Chasten Harmon (Annie Wells). Chasten recurs on the CBS All Access series “The Good Fight.” She previously starred in the USA series “Damnation” and had recurring roles on ABC’s “The Fix,” NBC’s “The InBetween” and CBS’s “Elementary.” In film, Chasten can be seen opposite Adam Driver in Jim Jarmusch’s Paterson. She will next be seen starring in the independent film The Mistress. Chasten received her MFA from the Yale School of Drama.

Lowell Ganz (Book) grew up in Queens and moved to Los Angeles to begin a career writing for television shows including “The Odd Couple,” “Happy Days” and “Laverne and Shirley” (which he co-created). After teaming up with Babaloo Mandel, he began a screenwriting career. Their credits include Night Shift, Splash, Gung Ho, Spies Like Us, Parenthood, City Slickers, A League of Their Own, Mr. Saturday Night, Forget Paris, Multiplicity, Ed TV and Fever Pitch. In 2019, they received the Writer’s Guild Laurel Award for Lifetime Achievement in Screenwriting. Lowell also, along with Garry Marshall, wrote a play, Wrong Turn at Lungfish, which was produced at Steppenwolf in Chicago and in Los Angeles and off-Broadway. He considers the opportunity to be part of the creative team that is bringing a new musical to Broadway a highlight of his career. Lowell lives in Los Angeles with his wife Jeanne. They have three children and five grandchildren, and he still roots for the Mets.

Babaloo Mandel (Book) was born and raised in The Bronx, where his school grades disproved that all Jews were smart. At age 10 he was figuratively struck by lightning upon seeing the classic film Some Like It Hot. In 1972 he left New York for Hollywood to pursue his Some Like It Hot screenwriting dream. He soon landed his first writing job on the TV series “M*A*S*H.”  He was immediately fired, and his office thoroughly fumigated. Several years later, after writing jokes for comics, great pity befell him by Lowell Ganz. He worked on several TV shows co-run by Mr. Ganz, until an opportunity came along to fulfill Babaloo’s screenwriting dream. Together they have written 20 films.  Among them Splash, Parenthood, A League of Their Own and four films (City Slickers 1 and 2, Mr. Saturday Night and Forget Paris) for the luminescent Billy Crystal (in case he reads this). In 2019 they were recipients of the Writers Guild Lifetime Achievement Award.  In his personal life, Babaloo has been married for 46 years, because who else would marry him? Together he and his wife Denise, who he has known since she was 14, have six children and two grandchildren. As for Mr. Saturday Night, the Broadway-bound musical, this goes beyond a 10-year-old boy’s dream.

Jason Robert Brown (Composer) Jason’s musicals include Songs for a New World, Parade (Best Score Tony Award), The Last Five Years (also a feature film), 13 (being released on Netflix summer 2022), The Bridges of Madison County (Best Score and Best Orchestrations Tony Award), Honeymoon In Vegas. Jason’s albums as a singer-songwriter include Wearing Someone Else’s Clothes, How We React and How We Recover, Live in Concert with Anika Noni Rose and this year’s Coming From Inside The House with Ariana Grande and Shoshana Bean. Upcoming: The Connector; Farewell My Concubine; concerts and Hadassah meetings. Mr. Saturday Night marks Jason’s first collaboration with any of these people and they all seem nice.

Amanda Green (Lyrics) is a Tony Award-nominated lyricist/composer, writer and performer. She wrote the lyrics and co-composed Hands On A Hardbody (Tony, Outer Critics Circle and two Drama Desk Award nominations for Music & Lyrics, first woman composer to receive the Frederic Loewe Awardfor Outstanding Composition). In the same season she co-wrote lyrics for Bring It On (Tony-nominated for Best Musical, Drama Desk nomination for Lyrics); also Broadway: High Fidelity (Lyrics); Additional book and lyrics for Tony-nominated revival of Kiss Me, Kate; Additional lyrics for Tony-nominated revival of On The Twentieth Century. Off Broadway: Additional lyrics, Bob & Carol & Ted & Alice (The New Group); For The Love Of Tiffany (Lyrics; NY Fringe Festival). TV: “Peter Pan Live,” “The Kennedy Center Honors.” She is currently writing the lyrics for Female Troubles, an original musical comedy she co-conceived, which she describes as ‘Jane Austen meets Bridesmaids but about Women’s Reproductive Freedoms.’ Amanda is the first woman President of The Dramatists Guild of America.

John Rando (Director) won the 2002 Best Director Tony Award® and Outer Critics Circle Award for Urinetown the Musical. Other Broadway credits include On the Town (Tony nomination for Best Revival and Best Direction), the Tony-nominated Best Musicals A Christmas Story, The Wedding Singer, Penn & Teller, A Thousand Clowns, Dance of the Vampires, Getting the Band Back Together and Neil Simon’s The Dinner Party. Concert productions include The New Yorkers, High Button Shoes, It’s a Bird… It’s a Plane… It’s Superman!, Annie Get Your Gun, Gentlemen Prefer Blondes, Damn Yankees, Face the Music, Of Thee I Sing, The Pajama Game, Do Re Mi and Strike Up the Band (all for City Center Encores!). Off-Broadway credits include Jerry Springer the Opera (The New Group), David Ives’s The Heir Apparent (Classic Stage Company – 2014 SDCF Callaway Award for Direction) and David Ives’s All in the Timing (2013 Obie Award for Direction). Internationally, John’s work can be seen in China with two original musicals: Jay Chou’s The Secret and Spirit of Life – The Jonathan Lee Musical.

David O (Music Direction) is best known as a Musical Director, both for new pieces of musical theatre as well as classics.  He has musically directed the world premieres of Soft Power (Jeanine Tesori & David Henry Hwang), 13 (Jason Robert Brown), Breaking Through, Sleepless in Seattle the Musical, Songs & Dances of Imaginary Lands and Toy Story the Musical, as well as the West Coast premieres of Michael John LaChiusa’s The Wild Party, Little Fish and See What I Wanna See.  He is the Music Supervisor & Arranger for the currently-in-progress Back Home Again (a new musical with songs from the catalogue of John Denver).

BSC develops and commissions new work with two programs: PlayWorks, which supports the creation of new plays, and the Musical Theatre Lab, which develops new musicals. Since 1995, BSC has produced 38 new works, 19 of which have moved to New York and major US regional theatres.

Following the industry-wide shutdown due to the coronavirus pandemic, BSC was the first Equity theatre in the US to return to live performance with its critically acclaimed production of Harry Clarke, starring BSC Associate Artist Mark H. Dold and directed by Ms. Boyd.

The 2021 season, featuring a series of critically acclaimed indoor and outdoor productions, has included Chester Bailey by Joseph Dougherty starring father and son Reed and Ephraim Birney, Eleanor by Mark St. Germain and starring Tony Award winner Harriet Harris, the world premiere of Sister Sorry by Alec Wilkinson, the revue Who Could Ask for Anything More? The Songs of George Gershwin and the world premiere of Boca, a collection of short comedies by Jessica Provenz. The season concludes with the world premiere of A Crossing: A Dance Musical, created in association with Calpulli Mexican Dance Company, choreographed by Joshua Bergasse and Alberto Lopez and directed by Bergasse.