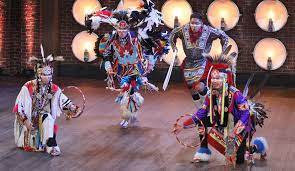 Artists and their collaborators receive unrestricted use of the Pillow’s state-of-the-art facilities, including the 7,000 square-foot Perles Family Studios. Artists also receive free housing, a stipend, professionally filmed video documentation, access to the Pillow’s extensive Archives, and the presence of an “outside eye,” an editor or dramaturg to provide important feedback. Artists benefit from the retreat-like atmosphere and generative landscape that the Pillow’s remote location provides.

This is the fourth year of the Pillow Lab, reimagined as an anchor of Vision ‘22, the organization’s five-year strategic plan to be complete by 2022. In its years of serving artists, the Pillow Lab improved upon a residency program that has existed in various forms since the Pillow’s inception in the early 1930s. Built from a field-wide scan which included interviews with a diverse group of 36 U.S.-based choreographers and examined existing choreographic residency programs at peer institutions, the Pillow Lab fits into the overall national and international dance ecology with a distinctive mission, vision, set of values, and approach.

Choreographers selected for a residency through the Pillow Lab are chosen by Tatge and Jacob’s Pillow Associate Curators Ali Rosa-Salas and Melanie George. Most residencies culminate with an informal in-person work-in-progress showing as part of the In Process Series. Showings are limited to an intimate, invited audience of Jacob’s Pillow Members and faculty and students from the College Partnership Program, and provide valuable feedback through a structured feedback session.

Artist information and descriptions follow. The work created during the residency is at varying stages of development and may or may not be performed at the Festival.
jumatatu m. poe and Jermone Donte Beacham (Aug. 30-Sept. 10)

Choreographer and performer jumatatu m. poe is known for work that strives to engage and further dialogues with Black queer individuals, creating compelling and challenging work that recognizes History as only one option for the contextualization of the present. In the multi-year series Let ’im Move You, jumatatu m. poe and collaborator Jermone Donte Beacham distill decade-long research of J-Sette performance, a “high step” march popularized by the women’s majorette teams at historically Black colleges in the United States. An amalgam of the performance and complexities of Black joy, poe and Beacham investigate rhythm, pattern, and attention.

In August, poe, Beacham, and artist collaborators presented a site-specific iteration of the series through the works  A Study and This is a Success around the Pillow’s campus as part of Jacob’s Pillow Dance Festival 2021. They continued development at the Pillow Lab with new components of the project before embarking on a five-city tour.

A short video docuseries that provides an intimate look at artists’ development process, titled “Inside the Pillow Lab,” will premiere October 21 on the Pillow’s YouTube channel and across social media platforms. No additional registration is required for access.

Indigenous Enterprise is a Native American dance troupe consisting of champion dancers from what is currently called Canada and the United States. Its mission is to share the culture of Indigenous people and increase the understanding of Native identity through film, fashion, and dance. Members have toured internationally and domestically since 2015. Champion Fancy Dancer Kenneth Shirley founded Indigenous Enterprise and regularly collaborates with Champion Chicken Dancer Ty Lodgepole, Champion Jingle Dress Dancer Acosia Redelk, and Champion Hoop Dancer Jorge Gonzales, among others.

Indigenous Enterprise has produced five shows in Australia since 2017 for various organizations. It is also the first Indigenous company to perform capacity-sized shows at the Sydney Opera House in 2018 and 2019. In 2016, the company collaborated and performed with the Black Eyed Peas for a music video and live concert. That production went on to win an award at the 2017 MTV Video Music Awards for the song “Stand-N-Rock”. In 2018, the company won a film award for its documentary Indigenous Enterprise at the international Chandler Film Festival. The company was introduced to Pillow audiences in 2019 as part of The Land on Which We Dance, a week-long celebration of Indigenous dance.

In 2020, Indigenous Enterprise made history by being selected as the first Indigenous people to perform on Season 4 of NBC’s “World of Dance” with Jennifer Lopez. The company was also called upon by filmmaker and choreographer Kenny Ortega to participate in and bring Indigenous representation to the 2021 “Virtual Parade” of the Presidential Inauguration of Joe Biden. This year, Indigenous Enterprise was also featured in The New York Times Weekend Pick.

In the Pillow Lab, Indigenous Enterprise will be developing a new work titled Indigenous Liberation in partnership with the Joyce Theater in New York City.

Tyrenn Lodgepole and Kenneth Shirley in The Land on Which We Dance:

Recent Pillow Lab artist and 2020 Guggenheim Fellow Shamel Pitts will also choreograph a Pillow-commissioned solo for Stanley within the same project. With an unpretentious movement style noted as being “elegantly forceful…calm, confident, divinely cool,” (Brian Seibert, The New York Times) Stanley is a natural fit for these exploratory contemporary ventures. This Pillow Lab residency will be a continuation from the artists’ 2021 Pillow Lab residency.

Inside the Pillow Lab with Taylor Stanley:

In the Pillow Lab, Laris Cohen will develop a new work using the remains of the Doris Duke Theatre, which burned on the Jacob’s Pillow campus in November 2020.

Jacob’s Pillow is a National Historic Landmark, recipient of the National Medal of Arts, and home to America’s longest-running international dance festival, currently in the midst of its transition to becoming a year-round center for dance through a five-year strategic plan titled Vision ‘22. Jacob’s Pillow rests on the traditional lands of the Agawam, the Nipmuc, the Pocumtuc, and the Mohican and we honor their elders past, present, and future. Each Festival includes more than 50 national and international dance companies and over 500 free and ticketed performances, talks, tours, classes, exhibits, events, and community programs. The School at Jacob’s Pillow, one of the field’s most prestigious professional dance training centers, encompasses the diverse disciplines of Contemporary Ballet, Contemporary, Tap, Photography, Choreography, and an annual rotating program. The Pillow also provides professional advancement opportunities across disciplines of arts administration, design, video, and production through seasonal internships and a year-round Administrative Fellows program. With growing community engagement programs, the Pillow serves as a partner and active citizen in its local community. The Pillow’s extensive Archives, open year-round to the public and online at danceinteractive.jacobspillow.org, chronicle more than a century of dance in photographs, programs, books, costumes, audiotapes, and videos. Notable artists who have created or premiered dances at the Pillow include choreographers Antony Tudor, Agnes de Mille, Alvin Ailey, Donald McKayle, Kevin McKenzie, Twyla Tharp, Ralph Lemon, Susan Marshall, Trisha Brown, Ronald K. Brown, Wally Cardona, Andrea Miller, and Trey McIntyre; performed by artists such as Mikhail Baryshnikov, Carmen de Lavallade, Mark Morris, Dame Margot Fonteyn, Edward Villella, Rasta Thomas, and hundreds of others. On March 2, 2011, President Barack Obama honored Jacob’s Pillow with a National Medal of Arts, the highest arts award given by the United States Government, making the Pillow the first dance presenting organization to receive this prestigious award. The Pillow’s Executive and Artistic Director since 2016 is Pamela Tatge. For more information, visit www.jacobspillow.org.