REVIEW: “The World Goes Round” at the Mac-Haydn Theatre 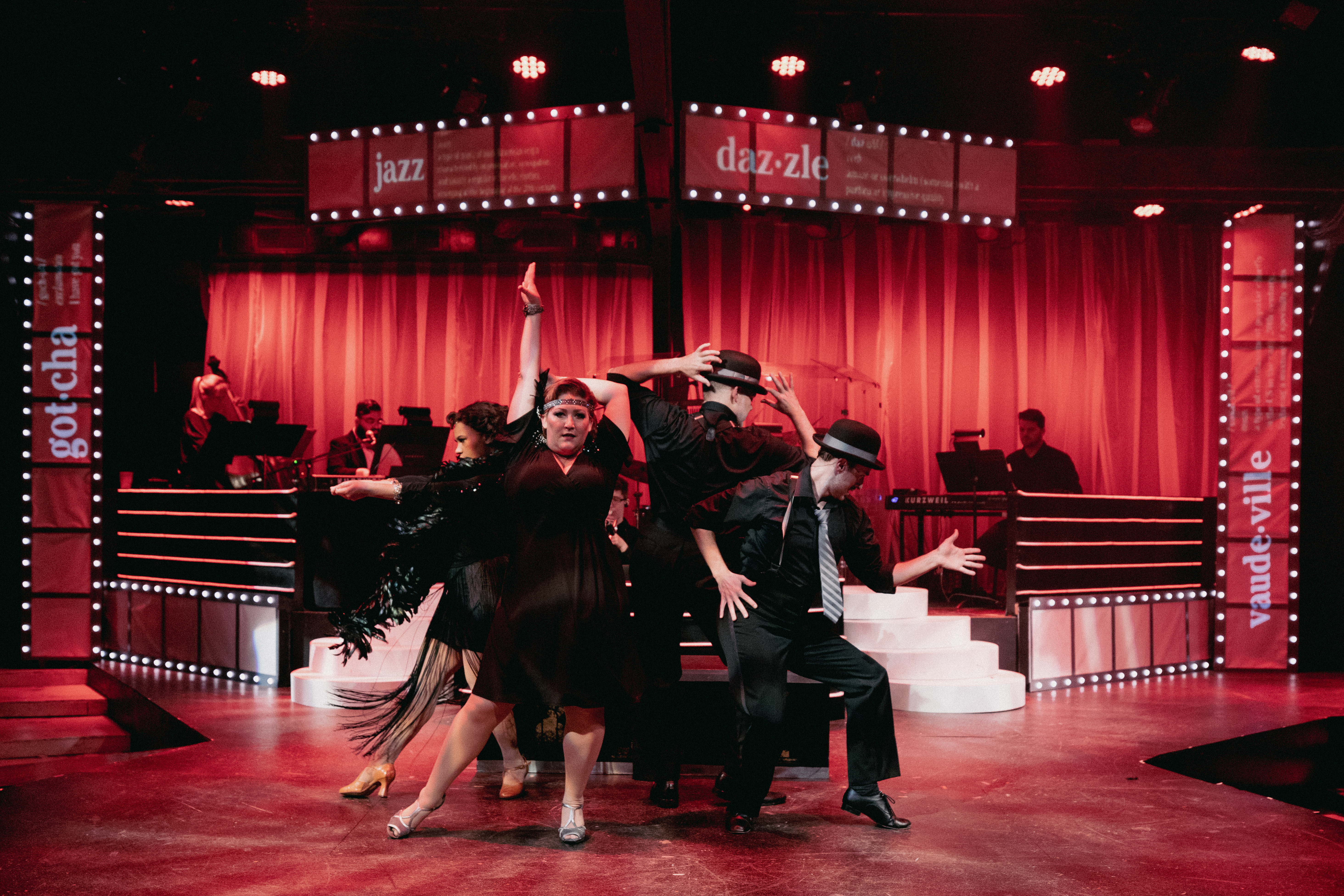 REVIEW: “The World Goes Round” at the Mac-Haydn Theatre

Currently playing at the Mac-Haydn Theatre in Chatham, New York, is the musical revue “The World Goes ‘Round: The Songs of Kander and Ebb.” More than just a greatest-hits collection, this revue showcases the obvious (a la songs from “Cabaret,” “Chicago” and “New York, New York”) while sprinkling in tunes from other shows and films to give a well-rounded overview.

There’s lots to like here, and no matter what you’re looking for — be it comedy, romance, angst, etc. — the show’s six performers deliver it several times over. The ease of connection between Mac-Haydn newcomer Amber Mawande-Spytek and Liz Gurland on “Class” and “The Grass Is Always Greener” make those comedic numbers that much more fun. Gurland holds her own in the wistful “Colored Lights,” beautifully lit by lighting designer Andrew Gmoser, as well as in the amusing Act 2 opener “Ring them Bells.” William Taitel’s “Mr. Cellophane” is emotional and moving, as is the revue’s occasional linking-together of several songs from different shows, making them seem like their own individual story arcs. Director and choreographer Robin Campbell gave her performers many notable interactions (the synchronized beverage drinking in “Coffee in a Cardboard Cup” and the tap-dance routine by Mawande-Spytek and Kylan Ross being two I will remember for a while).

From start to finish, this show is a definite treat: Beautifully and aptly performed by many Mac-Haydn favorites, tight music direction of the band (onstage so you can watch them, too!) by Walter “Bobby” McCoy, intelligent lighting by the aforementioned Gmoser, and more suggest that everyone from enthusiastic Kander and Ebb fans to those just discovering the duo’s work will find much to enjoy.