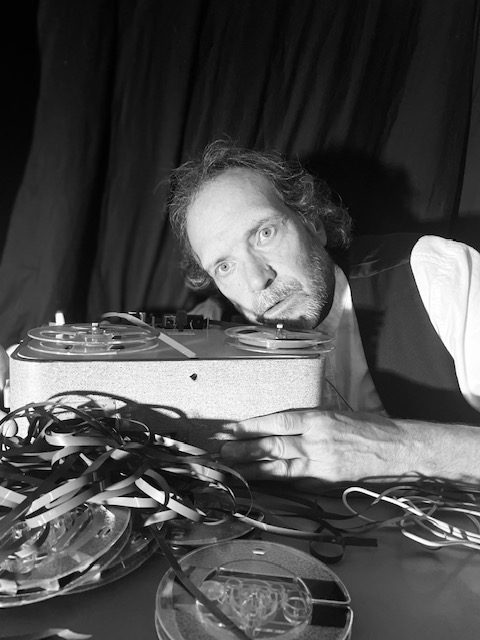 The Stephentown Players are proud to announce their premier production; Samuel Beckett’s masterpiece, Krapp’s Last Tape with Toby Wherry as the brooding Krapp who sits alone in his den listening to a recording of himself at an earlier time, while reflecting on his aspirations, purpose and lost love. The production runs on Saturdays, November 6, 13, 20 and 27 at 7PM at the GYM at Four Fat Fowl, 473 Rt. 43 in Stephentown, NY.

Samuel Beckett (Playwright) Samuel Beckett was born in Dublin in 1906. He was a novelist, playwright, theatre director, and poet, who lived in France for most of his adult life. Beckett was awarded the Nobel Prize in literature in 1969. His best-known play, Waiting for Godot (1953) is a comic study of philosophical uncertainty, and, like much of his work, focuses on the absurdity of human existence. Beckett graduated from Dublin’s Trinity College in 1927 and settled in Paris, where he worked with James Joyce and published short stories and the novel Murphy (1938). During World War II, he joined the French Resistance and was eventually forced to leave Paris, but after the war he returned and wrote most of his important works, including Godot, the prose trilogy Molloy (1951), Malone Dies, (1951), The Unnamable (1953), and the play Endgame (1957) and Krapp’s Last Tape (1958). Beckett is widely recognized as one of the most important writers of the 20th century.

Toby Wherry (Krapp) Toby attended Macalester College in St. Paul Minnesota where he co-founded the At Random Theatre Co. which received an award for David Mamet’s Sexual Perversity in Chicago in the Minnesota Community Theatre Festival. He attended the Circle in the Square Theatre School studying with Nikos Psacharapoulous, Michael Kahn and Terry Hayden and Moni Yakim. Credits include: The Packwood Papers at the 78th Street Theatre Lab, directed by Eric Nightengale, The Porcupine Man by Mac Wellman at the Flea Theatre, The Frog Prince by David Mamet at the Edinburgh Festival, Stump the Host by David Sedaris at La Mama Etc., Kenneth, What is the Frequency?, at the Edinburgh Festival, Red Fly Blue Bottle by Christina Campanella at Here Arts Center NYC, Glen’s Homophobia Newsletter by David Sedaris at Theatre for the New City, Incident at Cobblers Knob by David Sedaris at Lincoln Center, Lucky Me and The Fantastiks at the New Lebanon Theatre Barn, Collette by Tom Jones and Harvey Schmidt at The Berkshire Theatre Festival, and Dracula at the Jennerstown Mountain Playhouse. Toby has been featured in a number of stories by David Sedaris on NPR’s This American Life. Toby co-authored and acted in Man in the Flying Lawn Chair, winner of the First Fringe Award at the Edinburgh Festival and also wrote and performed The Cross produced at the New York Fringe Festival.