Goodspeed Musicals Announces a Full Season for 2022 at the Goodspeed 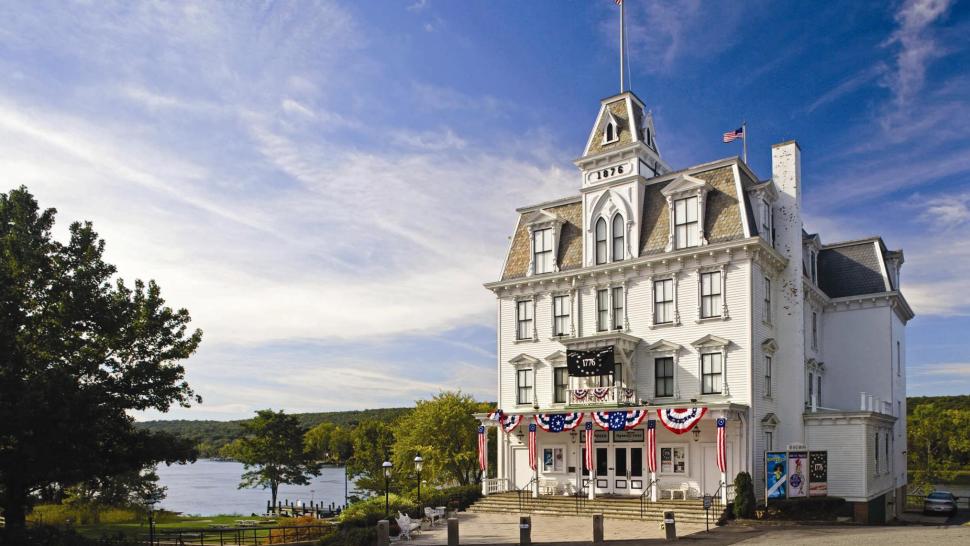 Goodspeed Musicals Announces a Full Season for 2022 at the Goodspeed

EAST HADDAM, CONN., OCTOBER 28, 2021: In a bold return to producing full-scale musicals at the iconic Goodspeed Opera House, Goodspeed Musicals has announced four exciting productions for the Tony Award-winning theatre’s 2022 season.  Now in her second season as Goodspeed’s Artistic Director, Donna Lynn Hilton shared, “It is truly thrilling to announce a new Goodspeed season filled with engaging and moving musicals that will appeal to our loyal audiences and attract new theatregoers to the Goodspeed experience.  We begin with an intimate production of a classic musical that is both engrossing and familiar, then the long awaited world premiere musical from a story loved by multiple generations, continue with a new production of a tap dance extravaganza and finish out the year with a brand new holiday show created just for the Goodspeed stage. The year promises to be Goodspeed at its best!”

The season will open with the daring and dazzling classic Cabaret, with book by Joe Masteroff,based on the play by John Van Druten and stories by Christopher Isherwood, music by John Kander and lyrics by Fred Ebb, which will run May 13 – July 3. Next up will be the world premiere of Anne of Green Gables: A New Musical, featuring book and lyrics by Matte O’Brien and music by Matt Vinson, which will run from July 15 – September 4. The fall production will be the crowd pleasing 42nd Street, with music by Harry Warren, lyrics by Al Dubin, book by Michael Stewart and Mark Bramble, based on the Novel by Bradford Ropes, with run dates September 16 – November 6. Closing the season will be a brand-new holiday show for all ages, Goodspeed’s World Premiere Holiday Event, which will run November 18 – December 30, with more details to be announced soon.

“As we continue to welcome audiences back to their musical theatre home, we are optimistic about such an impressive and entertaining season.  For the past two years, we have been challenged to find new and different ways to bring Goodspeed to our patrons and are thrilled that 2022 will provide plenty of opportunities for multi-generations to once again enjoy their favorite musicals and fall in love with new works on the Goodspeed stage,” said David B. Byrd, Goodspeed’s Managing Director.

Goodspeed invites theatre fans from near and far to come and enjoy this exciting array of productions and experience all that this world-renowned maker of musical theatre and its neighboring shops, restaurants and attractions have to offer. In 2022 we will offer something for everyone so plan ahead and make it a Goodspeed day!

Goodspeed will operate at full capacity in 2022.  Additional safety protocols may be implemented based on CDC guidelines when the season begins.

Season tickets for all three shows at The Goodspeed start at $108. Advance season ticket packages go on sale Wednesday, November 10 through the Box Office (860.873.8668), open weekdays at 10am and weekends at 11am.

Goodspeed Musicals has achieved international acclaim and is the first theatre in the nation to receive two Tony Awards for outstanding achievement in musical theatre. Under the leadership of Donna Lynn Hilton, Artistic Director and David B. Byrd, Managing Director, Goodspeed Musicals is dedicated to the celebration, development and advancement of musical theatre. Goodspeed creates powerful, world-class productions of enlightening new and established works to entertain and inspire audiences. From Goodspeed, 21 musicals have gone to Broadway (including Man of La Mancha, Annie and Holiday Inn) and more than 90 new musicals have been launched. Goodspeed’s Festival of New Musicals and the Johnny Mercer Writers Grove are distinguished cornerstones of the organization that highlight its commitment to nurture the talents of new and established artists and support the creative process. Goodspeed also maintains The Scherer Library of Musical Theatre and The Max Showalter Center for Education in Musical Theatre. Goodspeed gratefully acknowledges the support of the Richard P. Garmany Fund at the Hartford Foundation for Public Giving; United Airlines, the official airline of Goodspeed Musicals; the official audio sponsor Sennheiser; and official auto sponsor Hoffman Audi. The organization is supported in part by the National Endowment for the Arts and the Connecticut Department of Economic and Community Development, Office of the Arts.

Cabaret
May 13 – July 3
FIRST TIME AT GOODSPEED!
Book by Joe Masteroff
Based on the play by John Van Druten and stories by Christopher Isherwood
Music by John Kander
Lyrics by Fred Ebb
Directed by James Vásquez

Willkommen, bienvenue, welcome… to Cabaret, Kander and Ebb’s legendary musical about British nightclub singer Sally Bowles, American writer Cliff Bradshaw, and the decadence of 1929 Berlin. With mounting fear and uncertainty outside, the bawdy Emcee lures you into the world of the Kit Kat Club where your troubles are left at the door. Featuring the treasured songs “Maybe This Time,” “Don’t Tell Mama” and “Cabaret,” this Tony Award®-winning masterpiece dazzles onto the Goodspeed stage for the very first time!

Anne Shirley just arrived on Prince Edward Island and she’s already making waves. Adopted by siblings Marilla and Matthew Cuthbert, Anne is feisty, smart and eager to find her own place in the world. But is the world ready for her? Fall in love with the spirited redhead of the classic novel, now reimagined as a vibrant folk-rock musical for all generations. With bold choreography, witty humor and a revolutionary spirit, this is Green Gables as you’ve never seen it before!

42nd Street
September 16 – November 6
THE TAP DANCE SPECTACULAR!
Music by Harry Warren
Lyrics by Al Dubin
Book by Michael Stewart and Mark Bramble
Based on the novel by Bradford Ropes
Directed and Choreographed by Randy Skinner

42nd Street – the big, bright tap dancing extravaganza – is coming to Goodspeed in a fresh, newly imagined production. This love letter to Broadway is the ultimate show biz fairy tale of the chorus kid who becomes an overnight star. A 1930s backstage musical packed with plenty of pizazz, it will set your heart pounding with its rhythmically tapping feet and a hit parade of songs, including “Lullaby of Broadway,” “We’re In The Money,” “Shuffle Off To Buffalo,” and of course, “42nd Street.”  It’s tap dance heaven!

Join us for this never-before-seen holiday show at The Goodspeed! Filled with humor, song and dance, it’s bound to be a family event you’ll remember for years to come. More details will be announced soon.
Find us on Twitter @goodspeedmusicl
Facebook: Goodspeed Musicals
and Instagram: goodspeedmusicals