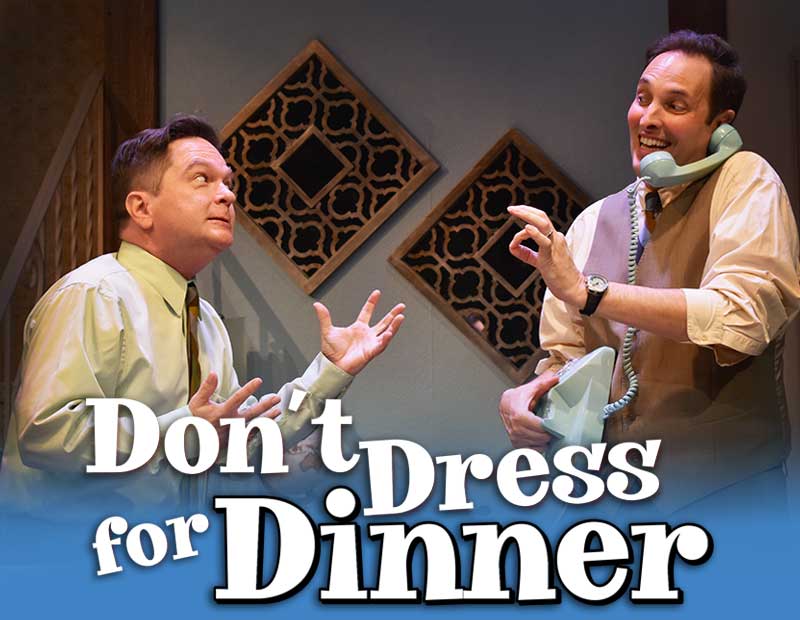 The comedy is set in renovated French farmhouse two hours from Paris.  Bernard is hoping to send his wife Jacqueline off to her mother’s place for the weekend so that he can romance his mistress Suzanne, a Parisian model. He’s also hired a Cordon Bleu cook, Suzette, as an alibi, and he’s invited his friend Robert to dinner. Jacqueline, though, is becoming suspicious, and in a phone conversation with Robert it’s revealed that they, too, are also having an affair. Suzette, the caterer, arrives, and Robert introduces her as his mistress. Bernard is furious because of the mix-up, and Jacqueline feels betrayed because she thought she was Robert’s only mistress. Suzette is convinced, for a little extra money, to go along with the deception — but then Suzanne arrives and she now has to pretend she’s the cook!

In accordance with regulations from the Actors’ Equity Association, an American labor union representing those who work in live theatrical performance, the Majestic Theater requires all attendees to wear masks at all times (except when eating and drinking), to be fully vaccinated against COVID, and to present their vaccination card (or a photo of it on their cell phone) upon arrival.  At this time, no food or drink may be brought into the theater, and needs to be consumed in the Majestic Café.