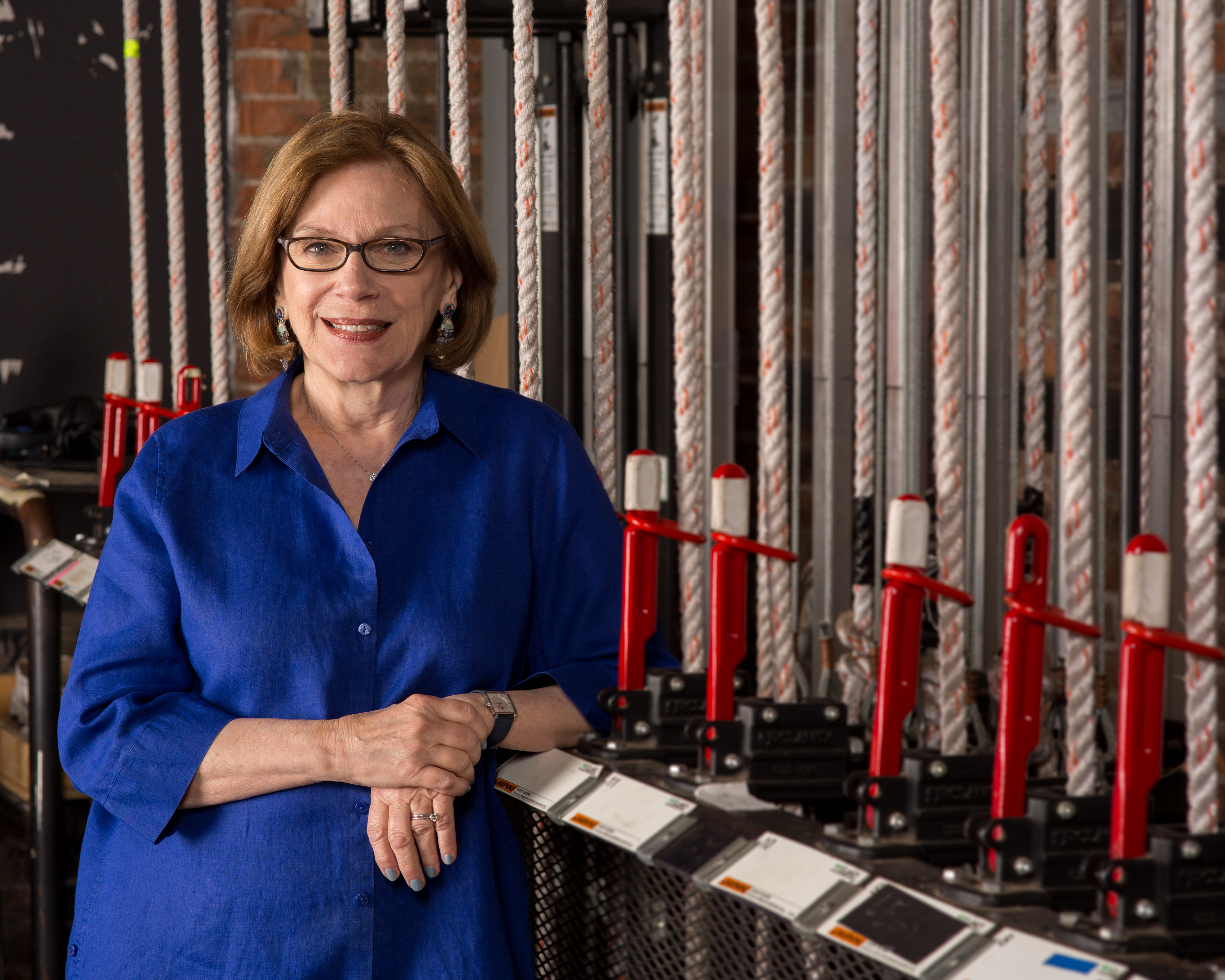 (Pittsfield, MA – November 3, 2021) – Julianne Boyd, Founder and Artistic Director of Barrington Stage Company (BSC) in the heart of the Berkshires, has announced plans to retire at the end of the 2022 season. The Board of Trustees is conducting a national search for her successor, who will assume leadership in the fall of 2022.

“Seeing Barrington Stage Company grow from humble beginnings to the vibrant institution it has become has been one of the greatest joys in my life,” commented Ms. Boyd. “I am proud of all we have accomplished – from producing innovative revivals to serving as an incubator of bold and challenging new plays and musicals. And just as important to me is the work we have done in the community, both in our educational programs and our productions – they have made a difference in the lives of youth and adults in Pittsfield and the larger Berkshire community. However, theatres need new blood, and after 27 years at the helm, I am ready – and excited – to support the next artistic director and the new era BSC will enter.

Marita Glodt, President of the Board of Trustees said “Julie’s imprint on the city of Pittsfield and Berkshire County is part of her extraordinary legacy. Her commitment to community and the arts has been instrumental in shaping the Berkshires as a destination. The theatre has flourished under her inspired leadership. We look forward to the 2022 season with Julie and to welcoming the next artistic director to launch 2023 at Barrington Stage.”

Boyd founded BSC in 1995, with the company originally performing in a high school in Sheffield, MA. BSC staged several award-winning shows in its early seasons, including a production of Cabaret that moved to Boston for an extended run.

In 2004, the theatre achieved national recognition for The 25th Annual Putnam County Spelling Bee, which originally workshopped and premiered in the high school’s cafeteria, as well as a critically acclaimed production of Follies that was staged in the auditorium.

In 2005, Boyd led the company to purchase a dilapidated former vaudeville house in Pittsfield, MA, 45 minutes north of Sheffield. After a year of renovations, BSC opened the venue as a state-of-the-art theatre where such hits as On the Town, The Pirates of Penzance, the world premiere of American Son, Company starring Aaron Tveit, West Side Story and the recent world premiere of A Crossing have played.

In 2009, BSC rented a former VFW building in Pittsfield for the company’s Stage 2. The building, which was purchased in 2012, is now the Sydelle and Lee Blatt Center where such notable productions as Freud’s Last Session, Southern Comfort, Dr Ruth All the Way (later retitled Becoming Dr. Ruth) and The Chinese Lady (soon to be seen at the Public Theatre) had their world premieres.

Under Boyd’s leadership, BSC has produced 41 world premieres, 17 of which have moved on to New York or major regional theatre productions, including three on Broadway and ten Off Broadway.

BSC has developed a five-building campus in Pittsfield: the Boyd-Quinson Mainstage; the Blatt Center, which houses the St Germain Stage and Mr. Finn’s Cabaret; the Wolfson, which houses BSC’s Administrative offices and rehearsal studios; the Octagon House for staff housing; and the newly acquired Production Center.

Boyd has created several outstanding educational programs and initiatives at BSC, including the award-winning Playwright Mentoring Project, a program for underserved youth, which received a national award from the President’s Committee on the Arts and Humanities; the Musical Theatre Lab, to help young artists develop and create new musicals; the popular 10×10 New Play festival, now in its 11th season; and the Musical Theatre Conservatory, training pre-professionals for careers in musical theatre.

BSC was the first Equity theatre in the country to open during the pandemic in 2020 with Harry Clarke starring Mark H. Dold. This year, they produced a six-show season, including three world premieres: Sister Sorry, Boca and A Crossing as well as the critically acclaimed Who Could Ask For Anything More: the Songs of George Gershwin, Chester Bailey and Eleanor.