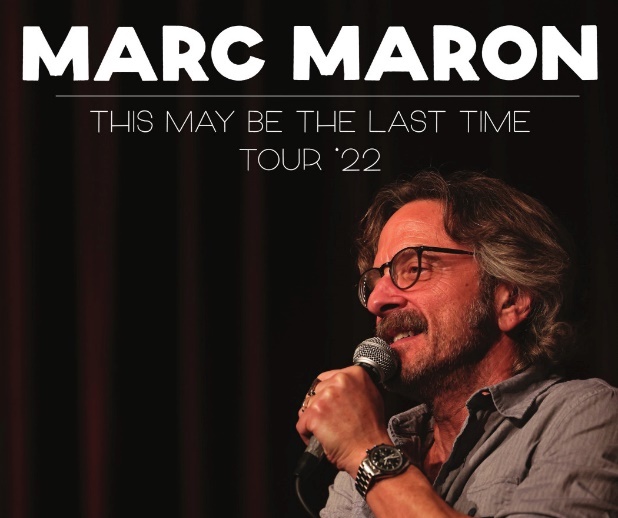 This May Be The Last Time Tour ‘22

With his landmark podcast WTF with Marc Maron, which averages 6 million downloads per month,  Maron has interviewed icons such as Robin Williams, Keith Richards and former US president Barack Obama. He also starred in the Netflix original series “GLOW” and has had roles in the films JOKER, SPENCER CONFIDENTIAL, SWORD OF TRUST, STARDUST, and the 2021 Aretha Franklin biopic, RESPECT, alongside Jennifer Hudson.

Tickets go on sale to Music Hall Members Tuesday, November 30, 2021 at 10 AM.  Anyone can become a member and gain access to the pre-sale.  Single tickets go on sale to the general public this Friday, December 3, at noon via phone, (518) 273-0038, in person, or online at www.troymusichall.org.   Tickets are available at the Troy Savings Bank Music Hall Box Office, 30 Second Street, Troy, Monday through Thursday 10 a.m. – 3 p.m.  More information on the Troy Savings Bank Music Hall and upcoming programs is available on the website at www.troymusichall.org.

The historic Troy Savings Bank Music Hall is world-renowned for its acoustical properties. The Hall hosts over 100 live performances a year and presents an eclectic season including the best in jazz, world, classical, and contemporary music, and has been in continuous use since opening in 1875.