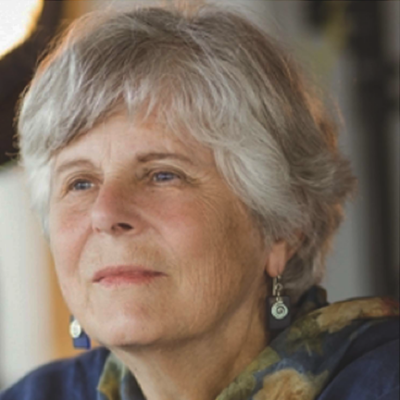 Greenfield, MA – As of December 31, 2021, Lucinda Kidder has resigned from her position as Managing Director of Silverthorne Theater Company. She and former NMH theater teacher David Rowland co-founded the Company in 2014 as a two-show professional summer theater. Over the years it has grown into a year-round organization recognized for its excellence of production and mix of new plays and classics.

The founding of the Company was for Kidder the capstone of a life-long career in theater and the arts. A graduate of Northfield School in 1962 and Swarthmore College in 1966, she earned an MA in Theater Education from Emerson College in 1970. In 1984 she founded the Framingham Civic Stage, a year-round performing arts organization offering theatrical productions by and for adults and children, classes in theater, dance and acting for television.

Following several years in arts management positions in eastern Massachusetts at such institutions as Framingham State University and the Peabody Essex Museum,  Kidder  moved back to the Valley in 1993 to work and teach at Northfield Mount Hermon School. Returning to graduate school after raising her three children, she earned an MFA in directing from UMass Amherst in 2002. This was followed by doctoral studies in Renaissance Drama and Multicultural Performance, also at UMass. She was a frequent presenter at theater and English literature conferences, often speaking about her work with Middle Eastern theater.  While at UMass, she initiated the Youth and Theater Program, working with Enchanted Circle Theater to develop a five-week intensive summer Shakespeare course for middle-school students in Holyoke and Springfield that remains part of the Holyoke Schools curriculum.

During her tenure as Managing Director of STC, the theater went through many changes, including shifting from its initial season in the Chiles Theater at Northfield Mount Hermon School to two summer seasons in the Sloan Theater at Greenfield Community College before taking up residence at the Hawks & Reed Performing Arts Center in downtown Greenfield. Three playwriting contests resulted in production of world premieres of five full-length plays and fourteen short plays. Theater Thursdays, a new play reading series begun in 2019, still offers community members insight into the play writing and development process. She brought the theater through the first two years of the Covid pandemic without ceasing operations, and will advise new leadership as needed.

Kidder was a board member of the Greenfield Business Association, and represented the theater in the Franklin County Chamber of Commerce. She received the NMH Alumni Association’s Community Service Award in 2012 for her work with Silverthorne and the contributions it has brought to the region.

Plans for an interim Director for Silverthorne are underway as the Board initiates a search for a permanent replacement. Kidder will remain on the Board for now to help smooth the transition to new leadership. She is looking forward to spending time with her family and her garden, and exploring new activities.

Silverthorne Theater Company, resident professional theater at the Hawks & Reed Performing Arts Center, is a registered non-profit 501(c)(3) arts organization founded in 2014. Our mission is to present adventurous, thought-provoking theatrical experiences, including productions of classic, contemporary and new works for diverse audiences. Contact us at silverthornetheater@gmail.com or 413-768-7514.