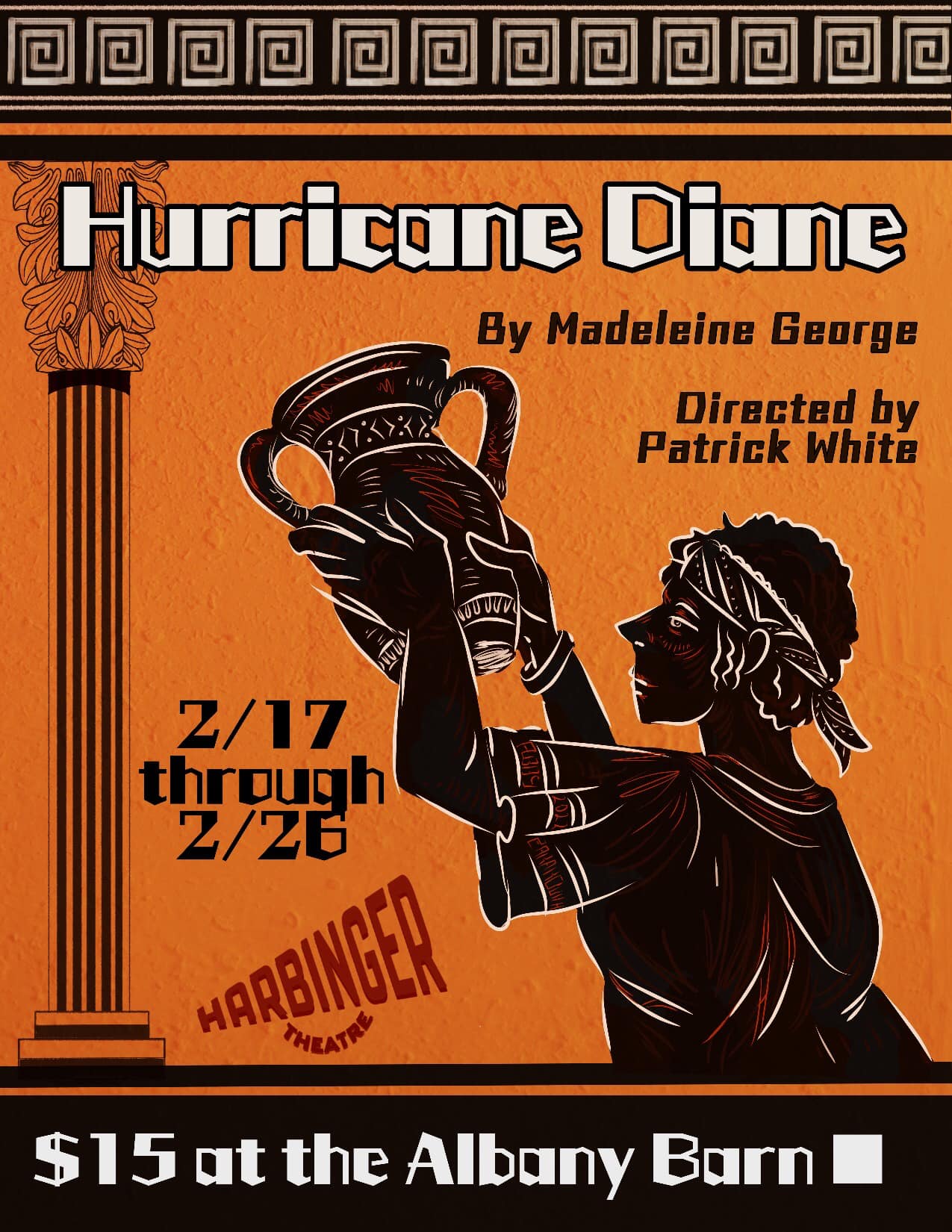 ALBANY—Harbinger Theatre will present “Hurricane Diane” by Madeleine George, directed by Patrick White, at Albany Barn, 56 2nd Street in Arbor Hill. The dates of the show are Feb. 17 to Feb. 19 and Feb. 24 to 26, and all shows begin at 7:30 p.m. Tickets are $15 and can be purchased on the Eventbrite website. There will be Q&A sessions after each Friday show, and guests will be required to have the full vaccination series and wear masks.

“It’s a fantastic melding of the ancient verities to our wasteful culture, with the character of Dionysus recruiting suburbanites in Red Bank to join her in saving the earth from climate change. It’s ‘The Bacchae’ meets ‘The Real Housewives of New Jersey.’ It’s got a wicked sense of humor from a writer of ‘Only Murders in the Building,’ a caustic social view and an urgent call for change to save our environment.”

Meet Diane, a permaculture gardener dripping with butch charm. She’s got supernatural abilities owing to her true identity—the Greek god Dionysus—and she’s returned to the modern world to gather mortal followers and restore the Earth to its natural state. Where better to begin than with four housewives in a suburban New Jersey cul-de-sac? In this Obie-winning comedy with a twist, Pulitzer Prize finalist Madeleine George pens a hilarious evisceration of the blind eye we all turn to climate change and the bacchanalian catharsis that awaits us, even in our own backyards.

Harbinger Theatre grew out of Patrick White’s Sunday morning acting classes at Albany Barn. They have produced two plays “Men on Boats” in 2018 and “Death Tax” in 2021 which were both honored by the Berkshire Theatre Critics Association with nominations for Best Ensemble and Best Production of a Play respectively. In Dec. of 2021, “The Christians” by Lucas Hnath was produced by Harbinger Theatre as the inaugural play under this production company, and their mission is to produce more Capital Region premieres by underrepresented writers with local actors eager for more impactful work.