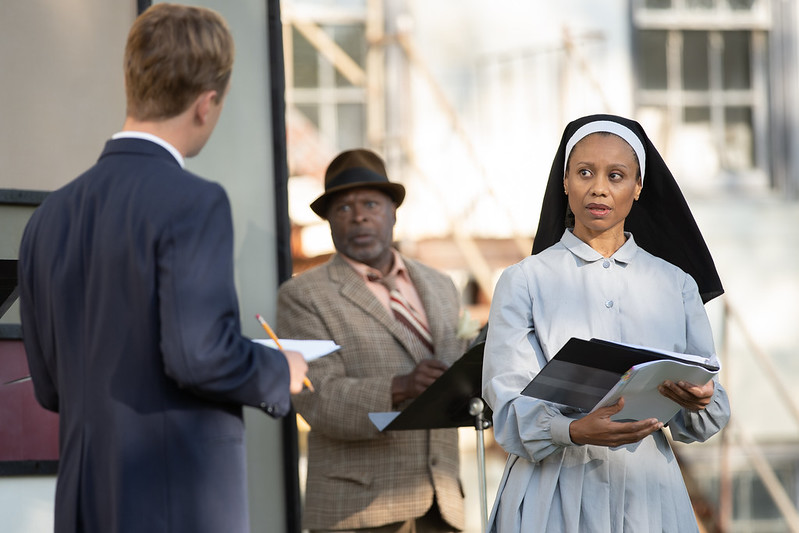 LENOX, Mass. – Shakespeare & Company has announced tickets are on sale now for the three Classic productions of its 45th Season: Shakespeare’s Much Ado About Nothing and Measure for Measure, and An Iliad, an adaptation of Homer’s epic poem by Lisa Peterson and Denis O’Hare.

An Iliad will be staged from Friday, June 3 through Sunday, July 3 indoors at the Tina Packer Playhouse, directed by Jeffrey Mousseau and featuring MaConnia Chesser. Playwrights Peterson and O’Hare have transformed Homer’s text – from Robert Fagles’ translation – into a riveting monologue that explores the human compulsion toward violence.

Much Ado About Nothing will be staged outdoors at The New Spruce Theatre from Thursday, July 2 through Sunday, August 14. Directed by Kelly Galvin, Much Ado About Nothing features some of Shakespeare’s most satisfying language as it tells the story of two romantic pairings steeped in comedy, trickery, and intrigue.

Measure for Measure, directed by Alice Reagan, will be staged Friday, August 19 through Sunday, September 18 indoors at the Tina Packer Playhouse. With elements of both comedy and tragedy, Measure for Measure includes several parallels to many of today’s social issues.

Tickets to these performances range in price from $37 to $82; preview performances are $10 less. FLEXpasses are also available now in three- and five-show packages, at $150 for three-show pass or $260 for five-show pass, from now until April.

Shakespeare & Company’s Modern titles of the 45th Season will be announced at a later date. For more information or to purchase, visit shakespeare.org.

To ensure the safety and health of its patrons and staff, Shakespeare & Company will continue its Safety Seating policy in 2022, which provides at least one empty seat between unrelated parties. Masks are required for all patrons, regardless of vaccination status, while indoors, and all patrons planning to attend any performances, indoors or outdoors, are required to show a form of ID and a COVID vaccination card or a negative COVID test taken within 48 hours.

Founded in 1978, Shakespeare & Company is one of the leading Shakespeare festivals in the world, located in the Berkshires of Massachusetts. The organization welcomes more than 40,000 patrons annually, and is home to an internationally renowned Center for Actor Training and award-winning Education Program.