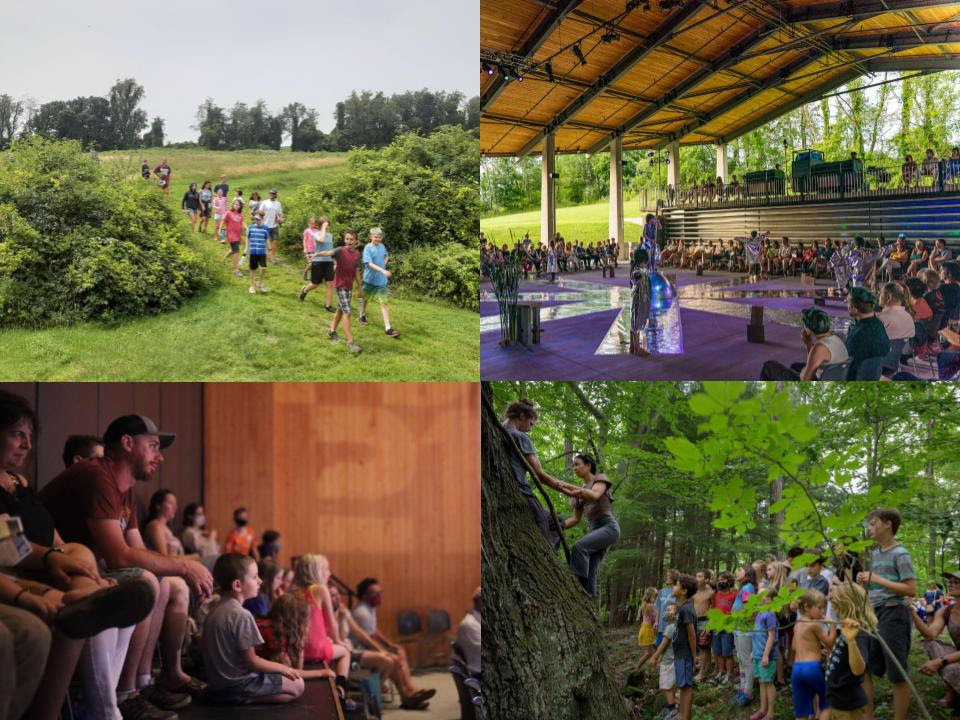 PS21 has always dedicated significant resources to community programming. For 2022 PS21: Performance Spaces for the 21st Century has received grants totaling nearly $70,000 from the Diamonstein-Spielvogel Foundation and the New York State Council on the Arts that will not simply support but also expand PS21’s free and low-cost programming. The Diamonstein-Spielvogel Foundation has awarded $20,000 and NYSCA, 49,500 (an amount that represents the maximum available in NYSCA’s  category for recognizing PS21’s creativity, access, cultural relevance, and managerial and fiscal strength).

“We are very proud of these grants, which attest to PS21’s commitment to bringing innovative performances to our theater and enriching the lives of people in the region and beyond,” said Elena Siyanko, Artistic & Executive Director. “We are especially grateful to the Diamonstein-Spielvogel Foundation and its visionary benefactor Barbaralee Diamonstein-Spielvogel, whose support makes it possible for PS21 to expand its already ambitious community-oriented programming in the arts and education and our outreach to every segment of the diverse population of our region.”

NYSCA’s Support for Organization grant, like that conferred by the Diamonstein-Spielvogel Foundation, gives preference to organizations that target communities that lack access to cultural resources and create distinctive programming that forges connections between local cultures and the larger world. PS21’s mission embodies these values.

Since 2006, in addition to earning a reputation as a hive of “cutting-edge performance” in Columbia County (New York Times, June 2021) for its exceptional seasons of dance, interdisciplinary performance, theater, and music, PS21 has created free and affordable community programs tailored to the area’s permanent residents. Two years ago, PS21 introduced Pathways: Blazing Trails to a Sustainable Future, an ambitious, multi-faceted series of spectacle, performances, art, and educational installations, international contemporary circus, and participatory events and activities designed for young and old, individuals and families.

Pathways has emerged as the linchpin of PS21 activities that foster collaboration among regional and community arts groups and the Town of Chatham to increase participation by middle- and lower-income families and youth who are too often unable to share in the wealth of local cultural, recreational, and intellectual offerings.

Immensely popular from its inception, Pathways has grown exponentially to include twelve partner organizations including the Town of Chatham Crellin Community Park Summer camp youth and the Morris Memorial Afterschool Program; urban arts groups, such as the Sylvia Center, Perfect Ten, and Operation Unite! (youth oriented groups based in Hudson and Ghent); environmental organizations like the Columbia Land Conservancy and Hawthorne Valley Farmscape Ecology Program (who educate citizens about the environment and engage them in stewardship of natural resources).

Children and youth were also invited to attend the outdoor U.S. Premiere performance of Barcode Circus and Acting for Climate Montreal’s Branché during the Town of Chatham Crellin Community Park Day, consisting of eight acrobat-dancers in a spectacular celebration of nature and the power of community, that attracted a crowd of 600.

The new funding will allow for the expansion of PS21’s 2022 Pathways program. No Pathways initiative illustrates the aims and potential of PS21-community collaboration better than the work Jamal Jackson Dance Company members do with young people from the Sylvia Center, Perfect Ten, and Operation Unite during their annual summer residency. Part of the free workshop series led by visiting dance groups, it was paused during the pandemic and will restart this summer. In August, Jamal Jackson company members will work with the students to create dances and percussion compositions based on dama — the masked dance rituals practiced by the Dogon people of Mali and Burkina Faso. The resulting performance will incorporate the stories of racialized violence and injustice the young participants have heard and experienced into the sounds and movement of the pieces.

2022 will also see movement programs lead by U.S., Israeli, and Nigerian dance groups and performances in the Pavilion in which students will participate through workshops in theater, dance, and outdoor experiences not only in its 100-acre setting but also the adjoining Town Crellin Park and CLC conservation areas.