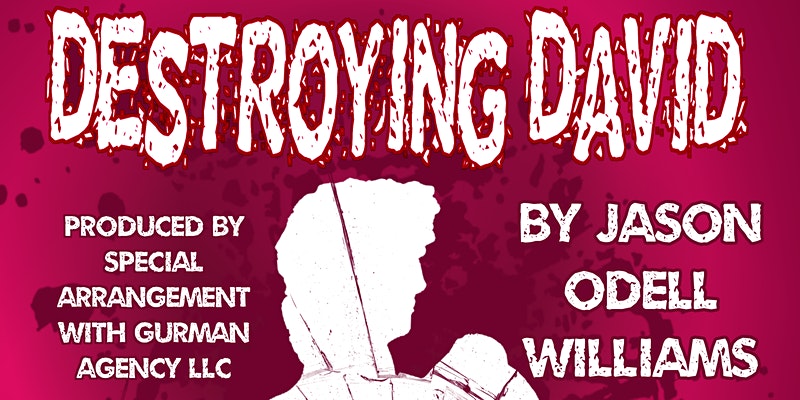 ALBANY—Harbinger Theatre will present “Destroying David” by Jason Odell Williams at the Opalka Gallery, 140 New Scotland Ave, Albany, NY. The dates of the show are as follows:

Tickets are $15 and can be purchased on the Eventbrite website, and guests will be required to have the full vaccination series and wear masks.

“What a time to be thinking about this play and directing Destroying David. A time of destruction and chaos, a David being destroyed by a Giant, within a grief stricken world from a pandemic. Where do we find hope and love? Where do we find our better selves? Is it Art? Not only the museum stuff, but the stars, the flowers, the dance, the theater,” said director Amy Hausknecht. “Art is humanity, Art is community, Art is Life, and yes, Art is Love.”

An unnamed Art Restorer, grieving the death of their husband David, believes the only way to heal is to destroy the most beautiful thing in the world: Michelangelo’s David. As we skip through time in the narrator’s head learning about their past relationship and the history of the statue itself, one big question looms: will they actually destroy this 500 year masterpiece? A play about art, beauty, pain, grief, and what it means to move forward when all seems lost, DESTROYING DAVID is ultimately a story about hope, why we need art, and the joy life offers in everyday miracles… if we’re brave enough to see and appreciate them.

Harbinger Theatre grew out of Patrick White’s Sunday morning acting classes at Albany Barn. They have produced two plays “Men on Boats” in 2018 and “Death Tax” in 2021 which were both honored by the Berkshire Theatre Critics Association with nominations for Best Ensemble and Best Production of a Play respectively. In Dec. of 2021, “The Christians” by Lucas Hnath was produced by Harbinger Theatre as the inaugural play under this production company name, and most recently, the production company produced “Hurricane Diane” by Madeleine George and “Admissions” by Jason Harmon. Their ambition to produce more Capital Region premieres by underrepresented writers with local actors eager for more impactful work led them to incorporate Harbinger Theatre.