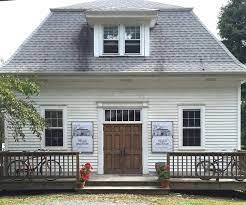 “We are looking forward to resuming productions throughout the summer at our gem of a theater in the historic hamlet of Ancram, while also enjoying some special al fresco evenings of storytelling and music in this beautiful region we call home,” said Paul Ricciardi.

“An eclectic season will lift up voices from the community, and provide moments for connection during these extremely challenging times,” Jeff Mousseau added.

We are opening our season this year with our beloved storytelling series, REAL PEOPLE REAL STORIES on Saturday, June 25 at 8 pm at the Hilltop Barn in Roeliff Jansen Park in Hillsdale. Everyone has a story to tell. With each edition of Real People, local residents share their stories with the community. Tickets $25.

Amontillado, a short story by Hugh Sheehy will be read from the Hilltop Barn on July 23 at 8 pm as part of our CRYSTAL RADIO SESSIONS: UPSTATE, the local outpost of the New York City reading series devoted to transmitting compelling literary expression through the ether. Tickets $25.

This confessional tale, inspired by Edgar Allen Poe, reminds us that there is no purer feeling than a wish for revenge. A Hudson Valley resident, Sheehy is the author of two collections of short stories: Design Flaw which will be out in November, and The Invisibles, which won the 2012 Flannery O’Connor Award.

Initiated during the pandemic as a virtual program, SPL goes in-person this year  with onsite residencies for teams of artists making bold new work. This year’s program is unique in that previously supported artists have been invited to participate in a second residency so that they can continue to  develop their projects.

May 27-29: Tidtaya Sinutoke, Isabella Dawis, and Nana Dakin will showcase new material from their piece, SUNWATCHER, featured in last summer’s SPL. A Noh-inspired musical, SUNWATCHER is the story of astronomer Hisako Koyama (1916-1997), intertwined with the ancient Japanese myth of the sun goddess Amaterasu.

July 8-10: Celeste Lecesne returns to expand on their solo performance, POOF!, initially seen as part of last summer’s Plein Air Plays. Fairies have always enjoyed a close association with the natural world. But with so much of it under threat from climate change, the fairies are beginning to speak their mind and cast a few spells.

On Saturday, July 30 at 8 pm Married folk-rock duo The Bengsons bring intimate, musical storytelling to the Circa 1799 Barn in Ancramdale for AN EVENING WITH THE BENGSONS.

Abigail and Shaun Bengson are composers and performers based in NYC and Vermont who have performed across the country and around the world. Their video for The Keep Going Song has been viewed over 4 million times, and three of their singles have been featured on So You Think You Can Dance (FOX). They have received the Jonathan Larson and Richard Rogers awards and nominations for the Drama Desk, Drama League, and Lucille Lortel awards.

AN EVENING WITH THE BENGSONS will present a collection of their songs in this entertaining concert-style, theatrical memoir. Tickets are $35.

Our summer theatrical offering, INVASION! by Jonas Hassen Khemiri, translated by Rachel Willson-Broyles, is a satirical comedy centered on a name: Abulkasem. What is introduced as an amorphous word of many meanings spirals into a range of potential identities: Abulkasem is an uncle visiting from Lebanon, a renowned theater director, an asylum-seeking apple picker, the world’s most dangerous terrorist. In a whirlwind of interconnected vignettes, INVASION! confronts prejudices about identity, race, and language.

“We first encountered this play a few years ago and have been looking for the right moment to produce it,” Mousseau explained. “The play examines implicit bias with biting humor, and couldn’t be more timely. It furthers our commitment to bringing diverse voices and points of view to the AOH stage. Genre-wise, it’s the first social satire that we’ve ever presented and we’re excited about that.”

a short story by Hugh Sheehy

An Evening with The Bengsons

Jeff Mousseau is co-director of the Ancram Opera House and an award-winning director (2018 Berkshire Theatre Critics Award, HOMEBODY). With AOH, he has directed An Iliad, which he is re-staging at Shakespeare & Co. in June; The Snow Queen; Aunt Leaf, subsequently presented in Aguascalientes, Mexico; Homebody; We’re Gonna Die; and In Praise of Elephants. His directing credits include a residency at the John F. Kennedy Center for the Performing Arts. His work has been seen at HERE in NYC; Olana, where he conceived and directed a site-specific new work; Hudson Opera House; and Stageworks/Hudson. As Artistic Director of the Elliot Norton and IRNE award-winning Coyote Theater in Boston, he directed many productions over the course of his ten-year tenure. Guest artist/lecturer: Brandeis University, Emerson College, The University at Albany, Siena College.

Paul Ricciardi is co-director of the Ancram Opera House and teaches the theater’s acting and voice classes. He is an Associate Professor on the theatre faculty at the City University of New York/Kingsborough CC. Previously he taught at Siena College, The University at Albany, and Rhode Island College. He is Immediate Past Co-Chair for Region I of the Kennedy Center American College Theatre Festival, and a two-time recipient of the Kennedy Center National Teaching Artist Award. He received his MFA in Acting from Trinity Repertory Company, and studied with renowned vocal coach Kristin Linklater, receiving his Linklater Teacher Designation in 2012. Paul is also a director and voice/speech/dialect coach.  Paul has designed dialects for countless college theatre productions, as well as for professional theatres including Stageworks/Hudson, WAM, America-in-Play, and others.  Memberships:  AEA, VASTA.

Hugh Sheehy is the author of two collections of short stories, Design Flaw (Acre Books, out in November 2022) and The Invisibles (University of Georgia Press, Winner of the 2012 Flannery O’Connor Award). His stories have appeared in many literary magazines, including Fence, The Kenyon Review, Crazyhorse, and West Branch. He lives in the Hudson Valley and is an Associate Professor of Creative Writing and Literature at Ramapo College of New Jersey.

The Bengsons, Abigail and Shaun Bengson are a married composing and performing duo based in NYC and VT who have performed across the country and around the world. Their video for The Keep Going Song has been viewed over 4 million times. Three of their singles have been featured on “So You Think You Can Dance” (FOX). Their theater work includes The Keep Going Song (Actor’s Theatre of Louisville), My Joy is Heavy (Arena Stage), Hundred Days (La Jolla Playhouse, New York Theatre Workshop, US Tour), The Lucky Ones (Ars Nova), Where the Mountain Meets the Sea (ATL’s Humana Festival), Anything That Gives Off Light (Edinburgh Theatre Festival), You’ll Still Call Me By Name (New York Live Arts, Jacob’s Pillow), and Iphigenia in Aulis (Classic Stage Company). They have received the Jonathan Larson and Richard Rogers Awards and nominations for the Drama Desk, Drama League, and Lucille Lortel Awards. www.bengsons.com

Jonas Hassen Khemiri is the author of five novels, six plays, and a collection of plays, essays, and short stories. Among his many honors are the August Prize, the highest literary award for Swedish literature; the Enquist Literary Prize; the Borås Tidning Award for Best Literary Debut Novel; and an Obie Award. His novels have been translated into more than thirty languages, and his six plays have been performed by more than one hundred companies around the world. He lives in Stockholm, Sweden. www.khemiri.se/en/

The Ancram Opera House in southern Columbia County, NY,  is an intimate showcase for fresh, contemporary work by visionary theater and musical artists where audiences can connect with performers in immersive, immediate ways.

The Opera House was erected in 1927 as Ancram Grange #955, a chapter of the National Grange of the Patrons of Husbandry, to address the social, educational and economic concerns of the region’s farmers.  In 1972, the building was repurposed and renamed the Ancram Opera House as an arts venue focusing on light operatic fare.

Today, Ancram Opera House rededicates itself to aspects of its origins, producing and presenting inventive contemporary theatrical performances to be shared by a rural community.