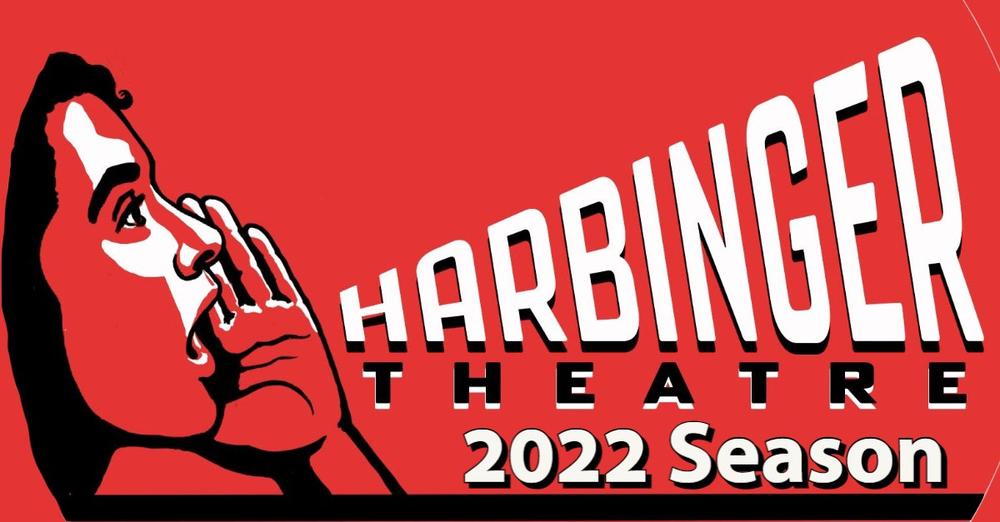 Albany based Harbinger Theatre is happy to announce it’s inaugural 2022 season in full. With a treasure trove of new works to present, Harbinger started producing its initial offerings before all season details were finalized. With all rights and details regarding venue and dates now solidified, we offer the following overview.

The impetus to found Harbinger Theatre grew out of the desire to produce impactful theater with an emphasis on regional premieres. When it became evident that the Albany Barn was available as a base and also that the area was rich with opportunities for creative venue collaboration, Harbinger saw an opportunity to build a season around a roster of challenging and entertaining new work.

Immediately upcoming on this roster is the regional premiere of a new play by the award winning, internationally recognized playwright Jason Odell Williams. DESTROYING DAVID is being staged uniquely in the main exhibit space of the OPALKA GALLERY on Albany’s Sage campus. The play is a
celebration of the indomitably of art and the triumph of life over death.This two person play will be helmed by two of the area’s most lauded actors, Chris Foster and Patrick White and directed by Harbinger company member Amy Hauskenecht. Destroying David will open with a student preview performance on April 6th with opening night on April 9th at 7:30 PM. Subsequent performances are on April 10th at 2:00; April 12, 13, 15 and 16 at 7:30 PM.

Synopsis of Destroying David is as follows: An unnamed Art Restorer, grieving the death of their husband, David, believes the only way to heal is to destroy the most beautiful thing in the world: Michelangelo’s David. As we skip through time in the narrator’s head learning about their past relationship and the history of the statue itself, one big question looms: will they actually destroy this 509 year old masterpiece? A play about art, beauty, pain, grief and what it means to move forward when all seems lost, DESTROYING DAVID is ultimately a story about hope, why we need art, and the joy life offers in everyday miracles…if we are brave enough to see and appreciate them.

In a recent interview for Nippertown, Williams said “Art is this beacon,“[Destroying David] is about more than just the grieving, it’s about finding your way through it.”

EXIT STRATEGY by Ike Holter will be Harbinger’s next offering at the Albany Barn running from 6/16- 6/25. The play has been cast under the leadership of Harbinger Theatre company member and Exit Strategy director, Dennis Skiba.

Synopsis is as follows: The teachers of Tumbldn High School don’t live in an inspirational teacher movie. They bring mousetraps from home, they make toilet paper last, and they show up fornthe kids nobody else shows up for. So when the school is slated for closure at the end of the year, and the weight of the inevitable bears down in the community, students and teachers alike discover their breaking points. Ricky,t he vice principal, has stayed firmly on the sidelines for all of the teachers’ previous battles, but now in the eleventh hour, he’s compelled to step up with a plan to save the school. Some risk their futures to follow his lead…but does he actually have any idea what’s doing?
Spiked with humor and brimming with fury EXIT STRATEGY is an exhilarating call to arms about what we owe each other.

In the fall, HARBINGER will offer ANDY AND THE ORPHANS by Lindsay Ferrentino again at the Albany Barn 9/22-10/01. A synopsis is as follows:

When their 85 year old father dies, sparring siblings Maggie and Jake must face a question: how to break the bad news tot heir brother Andy, who had Down syndrome and has lived in a state home for years? Along the way the pair find out how much they don’t know about their family and each other. It seems that only Andy knows who he really is. Andy and the Orphans will be directed by Harbinger’s PatrickWhite.

The final inaugural Harbinger Theatre season production will be THE AGONY AND THE AGONY
by Nicky Silver which will be co-produced and staged at Union College,Schenectady from 12/08 – 12/17.

A synopsis is as follows: Richard Aglow is a failure. A once promising playwright, he finds himself a virtual shut-in with only rejection letters to amuse himself. Until today. He’s started writing again! And as luck would have it, inspiration has hit on the very day his wife,Lela, an aspiring actress who married Richard despite his homosexuality, has met one of New York’s leading producers. This is Richard’s chance, a golden opportunity to get back in the game. Of course, he’ll have to overlook the fact that the producer who is about to arrive is the man who wrote that last rejection,t he one that broke Richard’s spirit. The arrival,of Lela’s lover, his pregnant girlfriend and the ghost of one of the twentieth century’s most notorious killers complicate matters further. THE AGONY AND THE AGONY is the story of
One evening when secrets are revealed, dreams are realized, and hopes are dashed. It captures the loneliness and the real desperation of what it means to have “ a life in the theater.” Agony will be directed by Harbinger member Chris Foster.

These upcoming productions are following close to three successful Harbinger offerings which have delighted and challenged audiences during the past few months. These have included the first play offered under the Harbinger banner: THE CHRISTIANS by Lucas Hnath which drew audiences to The Barn followed closely by the exuberant HURRICANE DIANE by Madeleine George which wowed audiences in February and most recently the thought provoking ADMISSIONS by Joshua Harmon coproduced with the Sand Lake Center for the Arts.

About HURRICANE DIANE :
“ This play is definitely both inhabited and controlled by its vivid characters…a different road to bring us a clue about ourselves…I recommend you take this option over TV news”.

“ Harbinger appears to be setting its sights this season on plays about change: spiritual, emotional, intellectual.”

About ADMISSIONS:
“ This show is another must see performance by Harbinger Theatre. The theme of the play is very thought provoking and the acting is excellent. An idea the scene changes also deserve applause.”

“Admissions features a brilliant ensemble; acting that keeps the audience riveted from beginning to end.”

About THE CHRISTIANS:
“The Christians is very thought provoking and gives the audience much to think about their own church involvement.”

“I’m excited to see what else Harbinger Theatre has in store.”

“Harbinger Theatre seeks to inspire, entertain and challenge audiences with theatrical productions and an emphasis on regional premieres. By amplifying the voices of underrepresented playwrights, we hope to create opportunities for inclusion, broader participation and stage debuts while providing impactful theatre to the Capital Region.”