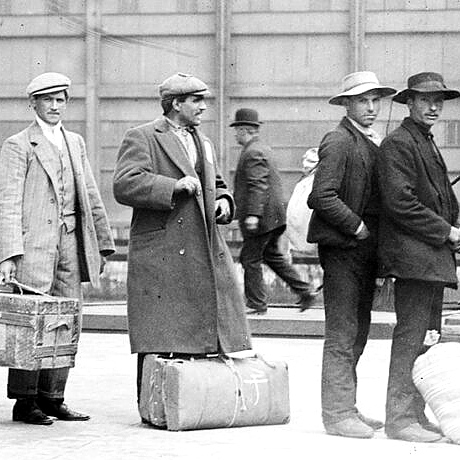 CATSKILL – Thus began letters from immigrants newly arrived in America to The Jewish Daily Forward for more than 60 years.  Each writer was asking for help – whether trying to understand the habits of Americans, the complex legal system or the emotional pitfalls of dealing with employers, these newcomers couldn’t cope on their own.  They turned to Abe Cahan, a founder of the paper and ‘Dear Abby’ to his readers.

“Dear Worthy Editor,” a 1909 letter begins, “…I am one of [a] group that is in favor of giving women full rights, and most of the others are against it….  Must the woman … be considered a slave and the man the master?”  Cohen replied, “Justice can reign among all kinds of people only when they all have equal rights.  If one has more power than the others, it leads to injustice.”

Another query wasn’t quite so political.  Five Russian immigrant sons, all successful business men, speak English at home and at work.  Their parents, however, insist on speaking Yiddish.  “They want to keep their old ways,” say the sons. “What is right?”  Cohen replies, “It would certainly not be wrong if the parents were also to speak English to the children.  People should and must learn the language of their country.”

A Bintel Brief, translated as ‘a bunch of letters’, will be performed at The Bridge Street Theatre, on Saturday, May 14th at 7PM and Sunday, May 15th at 2PM.  The staged reading with live music is directed by Carol Rusoff and is presented by Temple Israel of Catskill in partnership with the Bridge Street Theatre. There is no fee for tickets, but donations are appreciated. Reservations may be made by e-mailing: juliegoldweitz@gmail.com.  Current protocols require proof of vaccination and photo ID at the time of admittance.  Bridge Street Theatre is located at 44 West Bridge Street in Catskill.

The project is supported by a grant from the Wasserman-Streit Y’DIYAH Memorial Fund through the Berkshire Taconic Foundation, Temple Israel of Catskill (www.templeisraelofcatskill.org) and Bridge Street Theatre (www.bridgest.org).