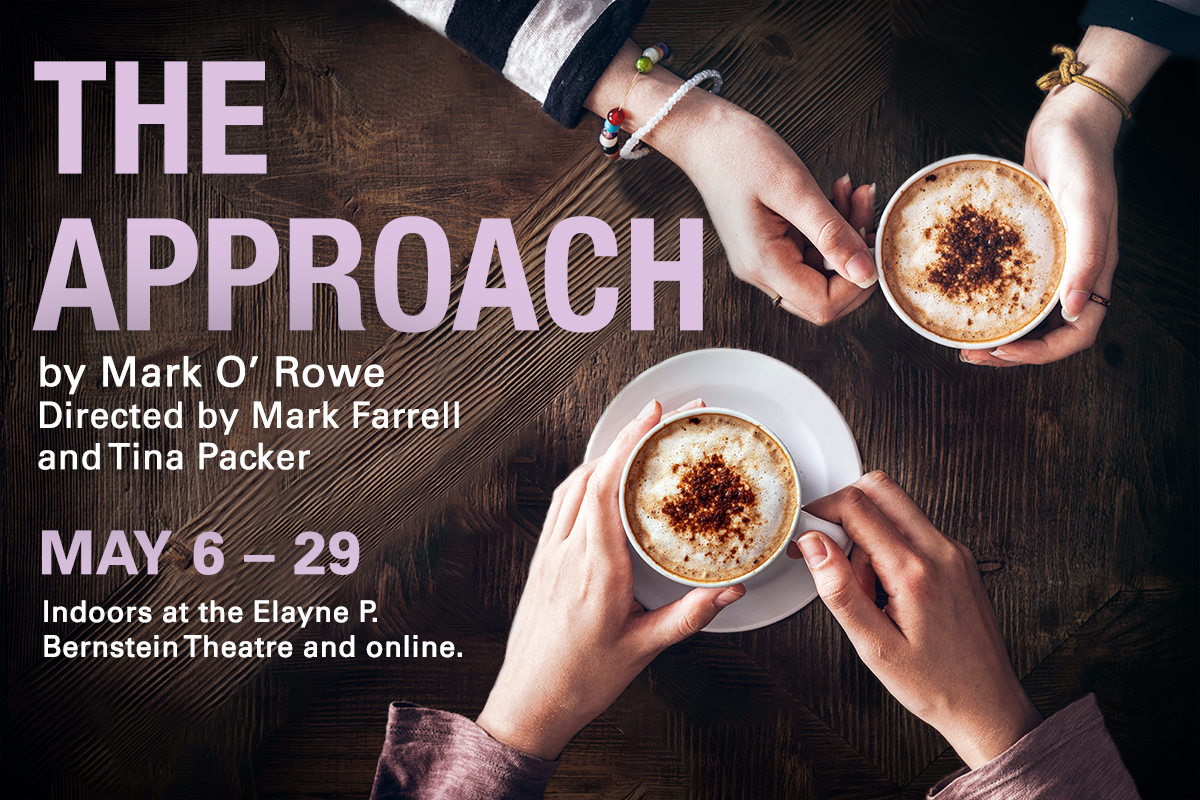 Live and Virtual Performances will be Presented May 6 – 29 at the Elayne P. Bernstein Theatre

LENOX, Mass. – Shakespeare & Company presents The Approach by Irish playwright Mark O’Rowe, to be staged at the Company’s Elayne P. Bernstein Theatre May 6 through May 29.

Co-directed by Mark Farrell and Shakespeare & Company’s Founding Artistic Director Tina Packer, The Approach follows the story of Anna, Cora, and Denise as they converse over coffee about their shared childhoods and burgeoning middle-age, with much left unspoken.

The Approach is the latest work by acclaimed playwright Mark O’Rowe, past winner of the Rooney Prize for Irish Literature, awarded to Irish writers under 40 in recognition of a body of work. Known for raw, visceral scripts for both stage and screen in his earlier years, The Approach marks a departure from O’Rowe’s norm, celebrating more subtle examinations of communication, morality, empathy, and intuition.

The Approach received its world premiere in Project Arts Centre, Dublin on February 6th, 2018, and appears later this year at Spoleto Festival USA.

Co-sponsored by Steve Bader and Cathy Monoxelos, The Approach will be presented both in-person and online. Tickets for in-person performances from $37 to $67 (preview performances are $10 less), and mark the reopening of the Elayne P. Bernstein Theatre after its pandemic closure.

For more information and to purchase tickets, visit shakespeare.org/shows, or call the Box Office at (413) 637-3353. As of May 1, 2022, proof of vaccination or a negative COVID test taken within 48 hours is required from each patron.