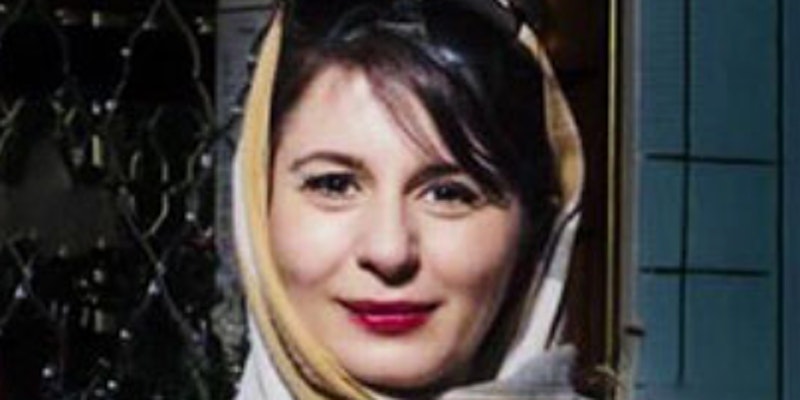 GREENFIELD, MA – A reading of Naghmeh Samini’s The Language of Wild Berries on Thursday, May 19, is the third in Silverthorne Theater Company’s Theater Thursday Play Reading series. Translated into English from the Farsi by Torange Yeghiazarian, the play was presented in 2020 as a radio version by Golden Thread Productions of San Francisco. This October, Golden Thread will mount the live World Premiere of the play.

Silverthorne’s reading will take place in the LAVA Center at 324 Main Street, Greenfield. The reading is free and open to the public. Due to limited seating, registration is required. REGISTER

Donya and Davood celebrate their wedding anniversary by traveling to the same seaside town where they spent their honeymoon. But on this trip, their 10th anniversary, a mysterious young man is following them. Who is he? What does he want? Trying to solve the mystery of the young man throws Donya and Davood into a time warp recalling their past nine anniversary trips. They remember what they have forgotten. But will that be enough to save their marriage? The past, present, and future collide in this touching play, offering a rare glimpse into the lives of contemporary Iranians.

Directed by Lucinda Kidder, this reading features Behnam Alibakhshi as Davood.  Alibakhshi is an Iranian Actor and Director, with a Bachelor of acting and MFA in directing from Tehran Art University. He is presently an MFA directing student at UMass.  He has taught at Iran University for ten years and worked in Iranian theater as an actor and director for more than 20 years.

Kimberly Saldit-Poulin will voice the role of Donya. Kimberly was last seen in LAVA’s staged reading of Bridges.  Before that she acted in Silverthorne’s productions of The Diary of Anne Frank and Delectable Durange.

Abuzar Farrukh reads the role of Danial. Farrukh is an actor, born and raised in Lahore, Pakistan. He has been part of UMass Amherst’s main stage productions of The Happiest Song Plays Last, Runaways, Snowflakes and The Lily’s Revenge. Other credits include Disgraced (Chester Theatre Company), Honor Killing (WAM Theatre), Refugee (Joakim Interfest), A Second Birth (Moxie Arts), Much Ado About Nothing (Brown Box Theatre Company).

More than twenty of her plays have been staged in Iran, France, India, Canada, the United States and other countries. In 2007 critics selected her as one of the five top playwrights in Iran. Her plays are experimental in structure and handle a variety of topical subjects at personal and sociopolitical levels. Inspired by One Thousand and One Night, she uses magic realism and non-linear narratives in her plays. One of her recent plays entitled The King and the Mathematician: A Legend (2012) was selected by UNESCO as one of the cultural achievements of the year.

Silverthorne Theater Company is a registered non-profit 501(c)(3) arts organization founded in 2014. Our mission is to present adventurous, thought-provoking theatrical experiences, including productions of classic, contemporary and new works for diverse audiences. We perform in Greenfield, Massachusetts, on the ancestral lands of the Nipmuc, Pocumtuck, and Wabenaki peoples.