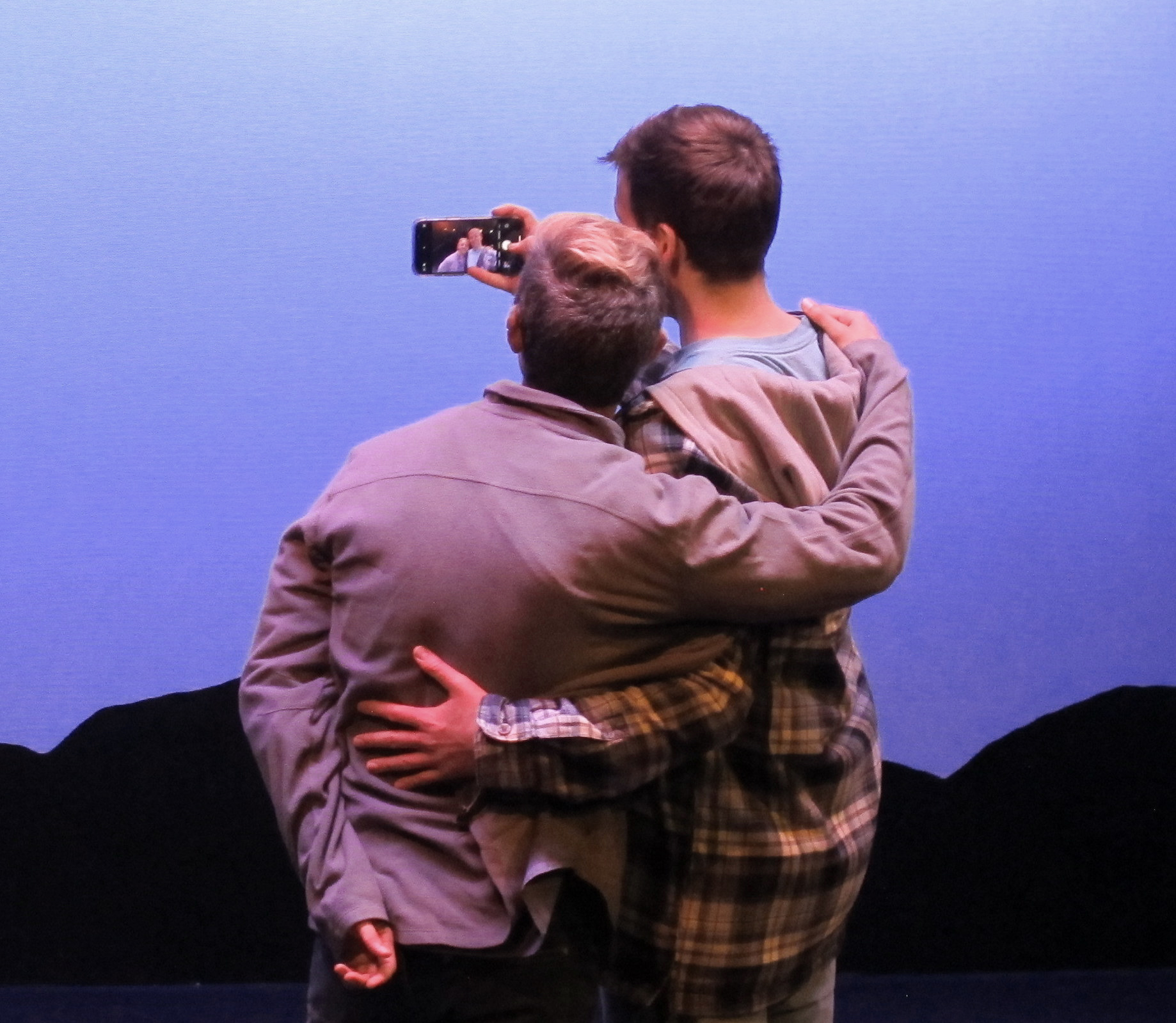 Bridge Street Theatre in Catskill, New York, often does extraordinary work, witness last year’s brilliant production of Long Day’s Journey Into Night.  Last season they presented an exquisite rendering of Samuel D. Hunter’s Lewiston.  Playwright Hunter recently opened A Case For The Existence of God on off-Broadway to rave reviews. This production of Hunter’s Clarkston does not quite reach the heights of the company’s usual standards though it is an effective piece of work.

The play tells the story of two young men who meet working as night stockers at a Costco in the small city of Clarkston, Idaho, one of the sites where the Lewis and Clark expedition of 1804 camped for several days.

Without telling his divorced parents, Jake (Hunter Ringsmith) has driven from Connecticut to see the Pacific Ocean by following the Lewis and Clark route believing he is a far distant relative of William Clark.  He has stopped at Clarkston to take a break and to get what he calls “a real job.”  Jake has Juvenile Huntington’s Chorea, a disease that will end his life in his thirties.

Chris (Brian Patterson) has been a Costco employee for a long period of time.  His ambition is to be accepted into the prestigious Iowa Writers Workshop and  submitted his application including several examples of his work.  He has not informed his drug addicted mother (Tara Franklin) of his plans.  Unlike Jake, who has seen the Atlantic numerous times, Chris has never been to the Pacific though he lives only 300 miles away.

The two young men are gay; they attempt a physical relationship but it is not consummated.  They also try to become friends, but their respective familial relations and obviously divergent plans for their futures are constant irritants.  They also have  differences in their abilities to do their jobs.  Jake’s disease, which occasionally attacks him physically, hinders his ability to lift heavy objects as they stock the shelves.  At first Chris is tolerant of Jake’s liabilities until the younger man destroys an expensive television set.  Chris also resents Jake’s intrusion into his relationship with his mother.  There are conflicts galore in the play which can, and do, make for impelling drama.

Patterson and Ringsmith work beautifully together.  Their banter in the first scene, which is quite comic, endears them to us before the weight of their lives descends upon them.  As their relationship volleys back and forth between being confidantes and antagonists, both actors grow in depth as they disclose the inner torments of their lives.  Ms. Franklin’s role is problematic.  Hunter’s script doesn’t give her much room for development so that in each of her scenes she seems to be at the same emotional level.  Given that, her work, as usual through her long career, is well-defined and touching.

The direction by Daniel Elihu Kramer, the Artistic Director of the Chester Theatre Company, has staged the play nicely.  Many of his stage pictures are interesting and tell us something of the various characters.  The pace of the show, however, is hampered by long scene changes.  John Sowle, Artistic and Managing Director of the theatre, has designed the sets and the lighting.  What the sets look like are simple but effective; however, there are too many pieces that have to be changed between scenes slowing the dramatic build of the production.  The lighting is often dark lending an essential atmospheric quality to many of the scenes.

Though some minor elements of the production may be flawed, the play is a poignant experience for avid theatergoers