PS21 Season Opens with U.S. Premiere of “Re:INCARNATION” from Nigeria 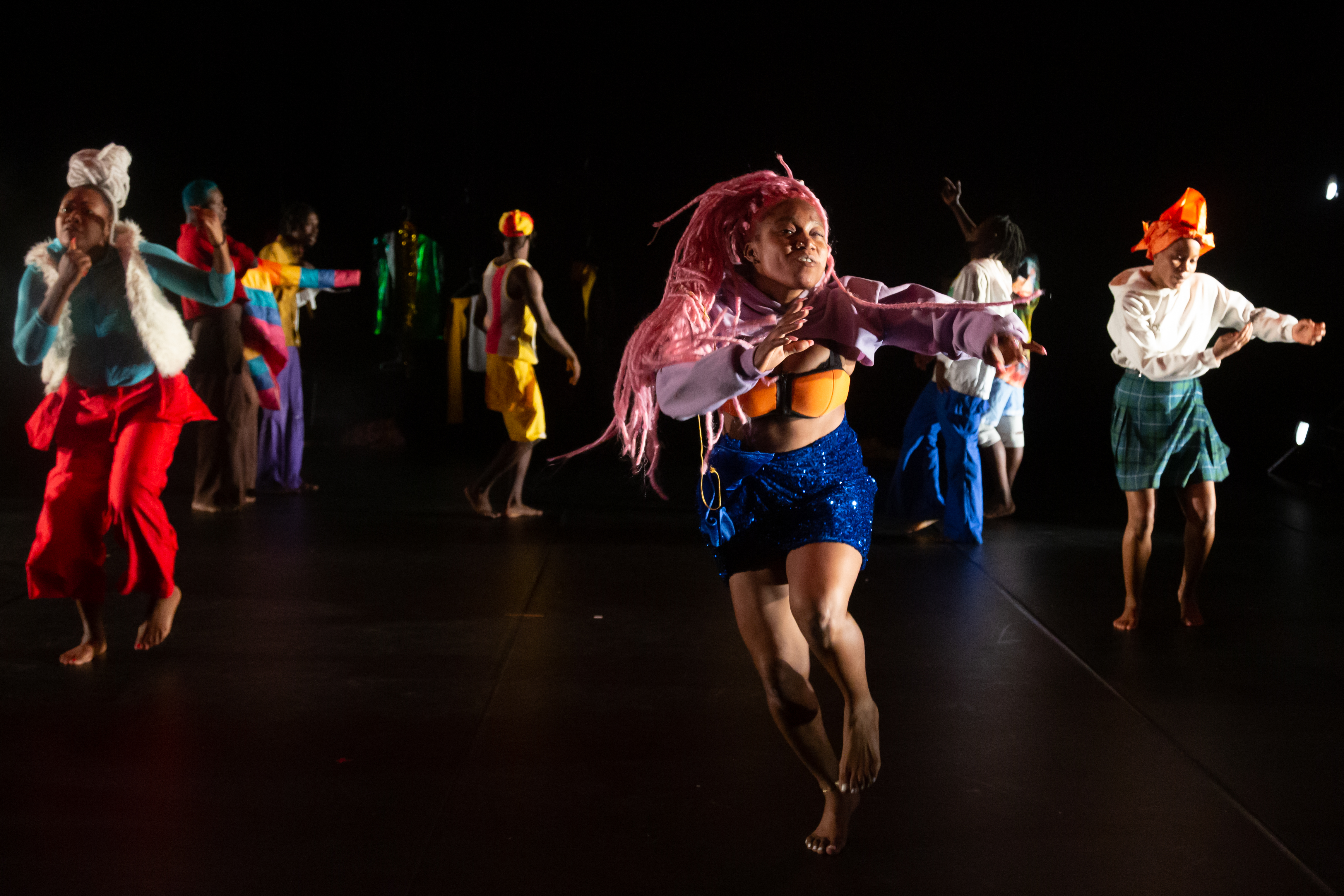 PS21 Season Opens with U.S. Premiere of “Re:INCARNATION” from Nigeria

An ode to the richness of Nigerian culture—Re:INCARNATION celebrates the cycle of birth, death, and rebirth and Africa’s powers of reinvention in a show that draws on Afrobeats, Afro dances, and Black aesthetics.

Re:INCARNATION launches PS21’s 2022 season of international contemporary dance, opera, theater, and music with performances on opening night June 3 and 4, and a week-long residency dedicated to the community (May 30–June 6).

The QDance Company’s Re:INCARNATION is a 2021 dance, music, fashion, and visual art creation that showcases the depth of ancient Yoruba philosophy, mixed with the current Nigerian youth culture and its pure and uncompromising joy. Ten young dancers and two musicians perform the cycle of life with explosive energy, marked by the urban chaos of the Nigerian mega-city, Lagos. Re:INCARNATION pays homage to the wealth and profusion of Nigerian music, its Afro-beat roots being currently revisited by dancehall, hip-hop, and electro. This musical genre, introduced and popularized by Fela Kuti, was born of an explosive cocktail of jazz, soul, funk, and traditional African music. In this mix of urban cultures, a reincarnation of the personal trajectories of each of the dancers comes to the fore with their references and memories.

All of Lagos is out in the streets, where a fight breaks out and one person dies. A breach in reality opens, exposing a world where a bird-woman holds court, along with keepers of the kingdom of the dead and other mythical figures. Here death is not terminal, it is merely a thread that connects the living to their ancestors. Drawing on Qudus Onikeku’s roots of Yoruba cultural traditions, Re:INCARNATION revives body memory and celebrates Africa’s ability to reinvent itself in a collective rebirth.

A passionate journey of initiation and catharsis, ten young dancers and two musicians enact this cycle of life with explosive energy. Steeped in local Nigerian Afrobeats as well as dancehall, hip-hop, and funky house, they trace life’s passages with exuberance and elan. Re:INCARNATION is an epic ode to the expressive bounty of Nigeria, to which the performers contribute their individual signatures.

Presented by PS21 with the support of FUSED: FRENCH U.S. EXCHANGE IN DANCE, a program of French American Cultural Exchange

Middle Ground, an Invitation to Creative Placemaking with Qudus Onikeku and QDance

On June 1 at 5:30 PM, PS21 resident artists Qudus Onikeku and QDance invites all members of the community to come together with their neighbors during Middle Ground, an Evening of Creative Placemaking, a forum for lively exchange conceived and hosted by the artists. Middle Ground is a ‘shout’, a free community hangout opening a circle for sharing and storytelling with diverse participants each taking a turn. Locals from from all walks of life are welcome – from town leaders to farmers and firefighters, from lifetime residents to new transplants.

Qudus Onikeku is a representative of a new generation of artists working internationally. The choreographer was born in Lagos, Nigeria, and in 2009 went on to train at the École Nationale Supérieure des Arts du Cirque in France, initially working at the crossroads of dance and acrobatics. Inspired by traditional Yoruba philosophy, he has also been influenced by hip-hop, capoeira, and contemporary dance.

Since 2004, his solos have been performed in Europe, the United States, Latin America, Asia, and the Caribbean. My Exile is in My Head was presented at the National Arts Centre in Ottawa in 2015. After starting his company in Paris to tremendous success that brought him to the Festival d’Avignon amongst other global stages, in 2014 he returned to Lagos with his partner Haji, and together they embarked on an artistic development project, the QDance Center, an incubator for art practices, talent development, and community engagement, a unique structure with which they examined and experimented the possible intersections between arts and society. Onikeku is currently the first “Maker in Residence” at The Center for Arts, Migration and Entrepreneurship at the University of Florida. His research focuses on developing interactions with cutting edge technologies and interactive systems, to create new economic opportunity for creators, by building a bridge between new technology and the global African experience. Re:Incarnation is the result of extensive work with young dancers recruited on through social networks in Nigeria and trained in body awareness and body memory. The piece, which was featured at the 19th Biennale de la danse de Lyon as part of their Africa2020 season, is based on Yoruba philosophy, informed by Onikeku’s ethnic origins. Re:Incarnation celebrates the living memory of the body and Africa’s powers of reinvention in a collective rebirth where past, present, and future come together.

The QDance Company is a contemporary dance company with an International outlook, working with dancers from different cultures and backgrounds.  After creating internationally renowned works that have toured globally over the last decade under YK Projects Paris, artistic director Qudus Onikeku now bases his choreographic works with company dancers and musicians in Lagos.