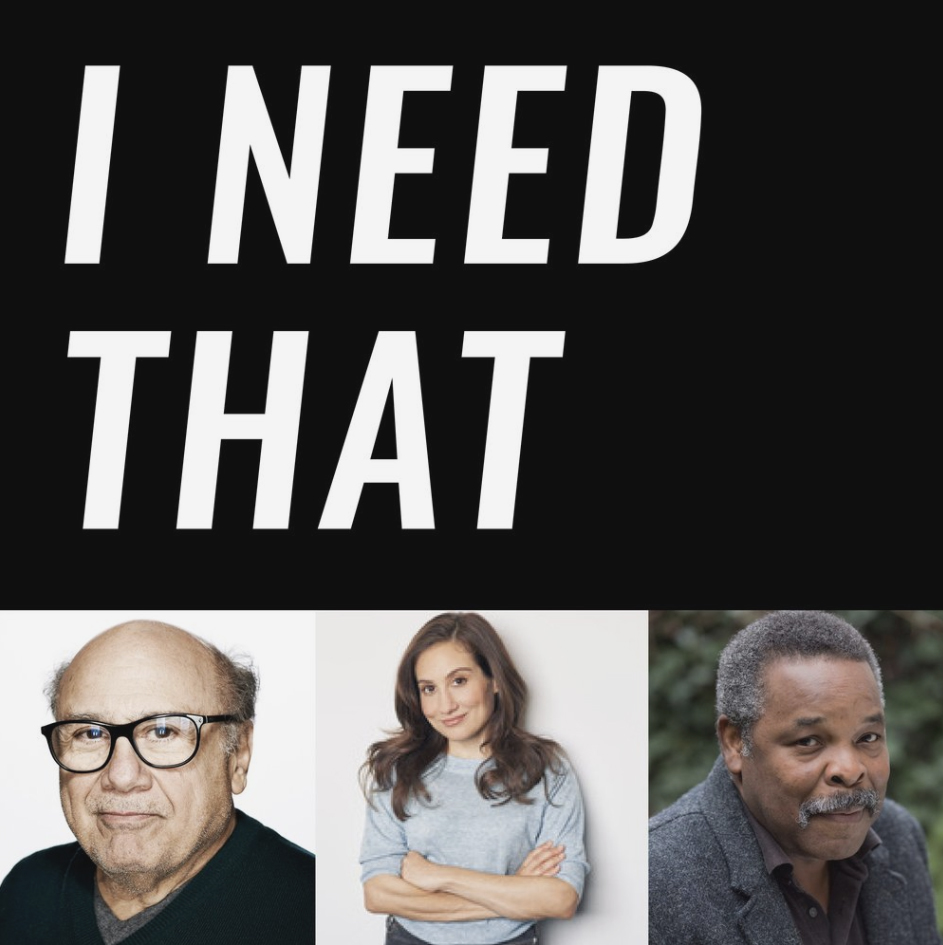 (Dorset, VT– May 6, 2022) Dorset Theatre Festival has added a star-studded event to its 45th season. The developmental staged reading of I Need That by Theresa Rebeck, directed by Moritz von Stuelpnagel, will star Danny DeVito, Lucy DeVito, and Ray Anthony Thomas. The one-night-only event is scheduled for Tuesday, July 19, indoors at the Dorset Playhouse (104 Cheney Rd, Dorset, VT 05251).

“With all of the exciting bold new work already scheduled for the 2022 Main Stage, I’m thrilled we are able to add this piece into the mix,” said Dina Janis, Artistic Director. “What could be more exciting than a summer with a new play by Theresa Rebeck, and featuring some of my favorite actors of all time,” said Janis.

“I Need That is a comedy about memory,” said Theresa Rebeck, playwright. Cited by the health department for hoarding, Sam (Danny DeVito) has to clean the place up or be evicted. But he can’t let go of anything, no matter how much his daughter Amelia (Lucy DeVito) and his friend Foster (Ray Anthony Thomas) urge him to face reality. The past holds them in its grip while the future arrives.

The cast features Emmy and Golden Globe Award-winning actor Danny DeVito; actress and producer Lucy DeVito, known for television work such as Sue on Hulu’s original series “Deadbeat,” and roles in “The Marvelous Mrs. Maisel,” “Shameless,” “Girls,” “Melissa & Joey,” and “It’s Always Sunny in Philadelphia;” and Ray Anthony Thomas, who has appeared in several Off-Broadway and Broadway shows including the 2021 Tony Award-nominated revival of Trouble In Mind and the 2016 Tony-nominated revival of The Crucible, as well as in films like “Shutter Island” (2010), “Half Nelson” (2006), and “Trouble with the Curve” (2012).

Two-time Emmy-nominated writer and the most Broadway-produced female playwright of our time, Theresa Rebeck, returns to Dorset on the heels of co-writing the spy ensemble thriller, The 355, which recently hit theaters via Universal. As the Festival’s Resident Playwright, Rebeck has developed more than seven productions at Dorset Theatre Festival that have gone on to critical acclaim at theatres around the country, including 2017’s Downstairs starring Tim and Tyne Daly, which ran Off-Broadway at Primary Stages in fall 2018. This season, Rebeck will be directing the Festival’s Main Stage production of Thirst by Ronán Noone.

“I learned a lot writing this play. I learned I have to clean out my house before things go too far,” Rebeck said.  “And I learned that Danny DeVito is the proverbial national treasure. I’m thrilled to be working with him and his daughter, Lucy, who shares his talent, his heart and his humor. It’s a privilege,” Rebeck said.

“We are committed to continuing to be an incubator for important new plays and are excited that we will once again be full steam ahead this season, creating internal pathways for new plays to reach our Main Stage, and including our regional audiences in the exciting development-to-premiere process at the Festival,” said Dina Janis.

Tickets to the special event will be available May 18. More information is available on Dorset’s website www.dorsettheatrefestival.org. Tickets and Subscriptions for the 2022 season are on sale now.  Based on current conditions and health and safety guidelines, all attendees will be expected to show proof of vaccination and be masked during performances at the Playhouse; however, this is subject to change.

The Festival’s summer home at the Dorset Playhouse is an intimate 298-seat theatre built from two pre-revolutionary barns. The Playhouse has been owned and operated by the community group, The Dorset Players, Inc., since 1929, and became host to the professional Equity Summer Festival, now Dorset Theatre Festival, in 1977.

Since 2010, Dorset Theatre Festival has become a national incubator for new play development, known for highlighting new plays amidst regional premieres, and invigorating interpretations of classic works, as well as a commitment to acclaimed new play development programs nurturing new voices and new audiences for the American Theatre.