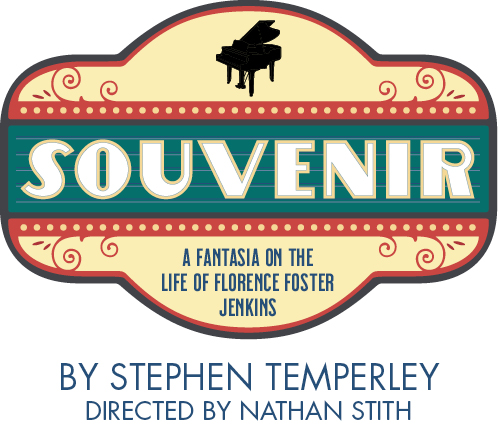 BENNINGTON, VT—Oldcastle Theatre Company is excited to open its 50th season on June 17, 2022 with “Souvenir—A Fantasia on the Life of Florence Foster Jenkins” by Stephen Temperley, directed by Nathan Stith.

“Souvenir” tells the fictionalized story of the infamous real-life wealthy socialite and musical cult-figure Florence Foster Jenkins, who suffered under the delusion that she was a great coloratura soprano. Unfortunately, she couldn’t sing at all. Despite this, or maybe because of it, her annual concerts at the Ritz Carlton hotel brought her extraordinary fame where audience members stuffed their handkerchiefs in their mouths to stifle their laughter—which Ms. Jenkins blissfully mistook for cheers. Her celebrity brought her all the way to a solo performance at Carnegie Hall in 1944. Told through the eyes of her longtime accompanist Cosme McMoon, “Souvenir” is a touching and hilarious story of an eccentric woman who believes so strongly in her talent that she convinces us all of the beauty heard in her head all along.

The production runs June 17–26 at Bennington Performing Arts Center—The Home of Oldcastle Theatre Company, 331 Main Street in Bennington, VT. Tickets are $25–$35. Performances are Wednesday–Saturday at 7:30 pm and Thursday, Saturday and Sunday at 2 pm, with a Pay What You Will night on Wednesday, June 22. Face masks are required when in the building. Get tickets online at oldcastletheatre.org/tickets, by phone at 802-447-0564, or in person 90 minutes prior to each performance.