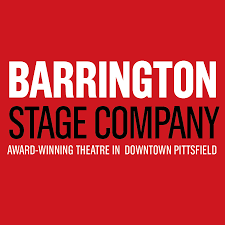 (Pittsfield, MA) June 24, 2022 – Barrington Stage Company (BSC), the award-winning theatre in Downtown Pittsfield, under the leadership of Artistic Director Julianne Boyd, is pleased to announce it is the recipient of a $100,000 grant from The Shubert Foundation.

The Shubert Foundation has announced $37.6 million in unrestricted grants to 609 not-for-profit theaters, dance companies, academic theater training programs, and related service agencies. A leader in funding for the arts, the Foundation has also made two $1 million gifts to create endowed scholarships for theater students at the Historically Black Colleges and Universities (HBCUs), Spelman College and Morehouse College.

Granted in the category of Theatre, the award will support Barrington Stage Company’s 2022 season.

“We are delighted to increase both our funding and the number of our grantees this year,” said Diana Phillips, President of The Shubert Foundation. “While it has been exciting to see life return to the performing arts, Covid has dealt a terrible blow and there remains enormous need everywhere.”

“The Shubert Foundation not only maintained but increased their incredible support of Barrington Stage since the onset of the pandemic, which makes their ongoing generosity all the more treasured and impactful. It is gratifying that our theatrical artistry and vision continue to be recognized by this most venerable foundation,” said Artistic Director Julianne Boyd.

Since the establishment of The Shubert Foundation grants program in 1977, over $575 million has been awarded to not-for-profit arts organizations throughout the United States.

Barrington Stage Company’s 2022 season, running now through October, includes Ain’t Misbehavin’, Anna in the Tropics, A Little Night Music, All of Me, Andy Warhol in Iran, ABCD, The Supadupa Kid, and Waiting for Godot; as well as concerts featuring Andy Karl & Orfeh, Grace McLean, The Creators of Come From Away Irene Sankoff and The Celebration of Black Voices.

BSC develops and commissions new work with two programs: PlayWorks, which supports the creation of new plays, and the Musical Theatre Lab, which develops new musicals. Since 1995, BSC has produced 39 new works, 20 of which have moved to New York and major US regional theatres. Following the industry-wide shut down due to the coronavirus pandemic, BSC was the first Equity theatre in the US to return to live performance with its critically acclaimed production of Harry Clarke, starring BSC Associate Artist Mark H. Dold and directed by Ms. Boyd.